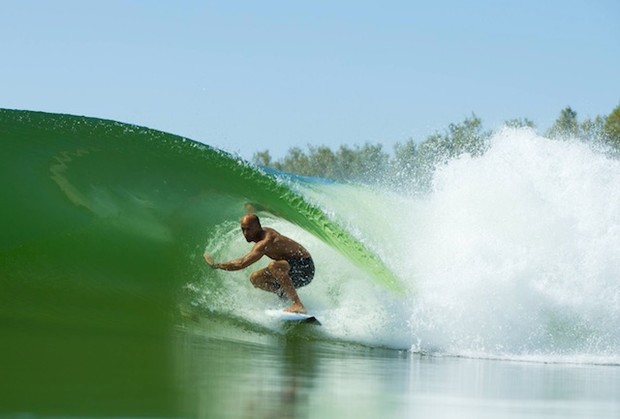 According to Bloomberg, World Surf League Holdings has just accounted an agreement to acquire a majority stake in Kelly Slater Wave Company (KSWC), with Slater remaining as a shareholder.

There has been a lot of buzz revolving around Kelly Slater's wave pool since Slater released its first footage in December of 2015. It was the first ever man-made open-face barrel, and it's also completely solar powered. Those who have had the opportunity to ride it–namely, Kelly's pro surfer buddies–have only had positive things to say.

But there has also been quite a bit of controversy in the surf community regarding its authenticity. Plenty of surfers have expressed concern that Slater's man-made wave ruins the mystique of the sport. Others argue that it is an excellent opportunity for surfers to refine their skills and avoids the long dry spells of a sport that is so reliant on Mother Nature to provide a playing ground.

"I believe my job is to create and refine and evolve the technology," Slater says. Since the initial video release of the wave, Slater has been making tweaks to the lake in order to optimize the wave and adjust it's shape and power.

WSL commissioner Kieren Perrow recently sampled the pool and way blown away by the experience. Perrow stated that he believes that Slater's technology holds a lot of potential for the future development of surfers. Perrow was at Slater's pool scouting out a new world tour event, which could be in the cards as soon as next year, but for now, the wave will just serve as training grounds for WSL athletes.

"It's really important for everybody to know that we're not moving away from the oceans, at all" says Paul Speaker, CEO of WSL. "The WSL is the world's best surfers on the world's best waves. This is just an enhancement to the tour."

Slater is stoked about the idea, as he has put in lots of time, effort, expertise and money into this project. WSL and Slater both believe that the acquisition will help promote the growth of high performance surfing around the world.