Why Avalanche Victims Get Publicly Shamed - And Why They Shouldn't 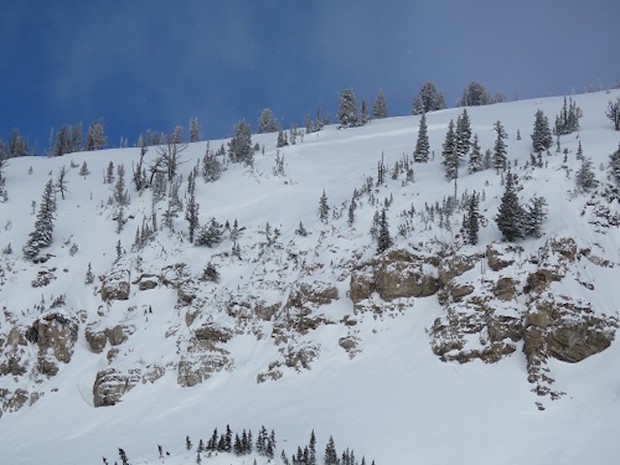 The scene following an avalanche on Ralph's Slide outside the boundaries of Jackson Hole Mountain Resort that killed two visiting skiers, and which prompted a vicious backlash online. Bridger-Teton Avalanche Center photo.

This January, a familiar cycle began. Authorities released information about avalanche incidents. As details of each incident became public, Facebook feeds and comment sections filled with polarized responses of sympathy and judgment.

Most people express condolences on behalf of the deceased. Others express outrage and disbelief about the decision-making that led to the incident, and they direct much of their fervor at the survivors in a very public, permanent way. If the incident included no fatalities, the internet drama explodes. It’s almost as if, because no one died, we as the digital audience feel empowered to judge avalanche survivors and what led to their incident.

The Monday Morning Quarterback: How We Publicly Shame Avy Survivors

We often call the latter response “Monday morning quarterbacking:” the ability to objectively assess in hindsight what mistakes were made and why. In December 2013, Sportgevity.com published Changing the Culture of Shame, an interview with the then-Director of the Utah Avalanche Center, Bruce Tremper, about the powerfully negative public reaction to a high-profile avalanche incident in Grizzly Gulch.

"We [at the UAC] feel that it’s extremely counterproductive to be a Monday morning quarterback,” Tremper explained, adding, “More importantly, almost all avalanche pros have several stories about their own near misses and accidents. We know that we are all human and we all make mistakes. When you deal with mediums like snow and weather, where there is so much uncertainty, our risk reduction measures can only take us so far.

We feel that it’s extremely counterproductive to be a Monday morning quarterback. More importantly, almost all avalanche pros have several stories about their own near misses and accidents. We know that we are all human and we all make mistakes. When you deal with mediums like snow and weather, where there is so much uncertainty, our risk reduction measures can only take us so far.

Ski photographer Adam Clark and pro skiers Kalen Thorien and Amie Engerbretson had hiked into the popular backcountry destination without all of their backcountry equipment on a day with considerable avalanche danger. As Clark shot away, Engerbretson sank a deep powder turn across a convex slope above a terrain trap. She triggered a slide, pulled her airbag, and got buried. Three different groups of nearby spectator assisted her rescue. Afterward, she discussed the group’s decision-making with Tremper and other UAC forecasters. She blogged about it. Later, she and Clark opened up about the incident to David Page for Powder’s The Human Factor.

One of the rescuers, an observer who had been skinning the snowcat road across the drainage, captured the moments leading up to the slide on a camera phone. The UAC included it in the accident report, various articles shared it, and the video went viral. Then, despite Clark and Engerbretson’s openness and willingness to talk about their misjudgement, the number of negative comments online about the incident skyrocketed.

Whereas the avalanche pros reporting on the incident (Bruce Tremper, Brett Kobernik) publicly discussed how this kind of event could happen to even the most seasoned backcountry skiers, many members of the backcountry community and even more members of the digital audience lambasted Clark and Engerbretson.

The question is: why? They reported the slide. They admitted their error. They caused harm to no one. They publicly discussed the day’s decision-making. From every measure one could imagine, they were accountable for their mistakes in a spectator-less sport where, frankly, you aren’t socially compelled to be.

What Is Victim Blaming And Why Do We Do It 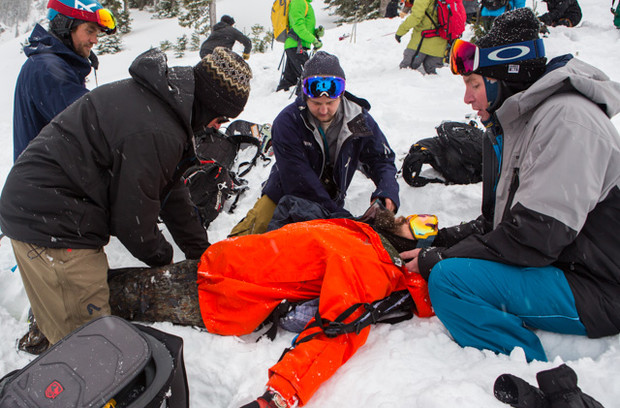 Shaming the victim of a backcountry incident creates space between what the avalanche survivor did and what we’ve done previously in the backcountry, and it isn't healthy. Ryan Dunfee photo.

Unfortunately, what’s often occurring in the wake of avalanche incidents is a (sometimes subtle) form of victim blaming. It’s a challenging mental trap that, as an online spectator, is difficult not to get caught in. It’s our tendency to believe if we don’t make the same mistakes that victim did, we’ll most likely be safe. Given the same set of circumstances, we’d have made different choices. We’d be calculated and cautious. We might think, "I hate to say it, or think it, but he or she was reckless somehow."

Whether we’ve typed in those thoughts in a forum, in a Facebook comment, or just in private with our touring partners, all of us have passed judgement in some way after hearing news of a human-triggered avalanche.

What we don’t realize is we’re participating in an attribution bias.

Here’s a less serious example: when your friend doesn’t respond to a text message in a timely fashion, you curse their ditziness. Then, on a completely separation occasion, you’re busy at work, forget to respond to a text, and get defensive when you’re confronted about it. You blamed your friend for an internal quality, their ditziness, regardless of whether that’s an accurate judgement. You defended yourself because of external circumstance, your work schedule, and didn’t recognize the similarity in you and your friend’s actions.

Because you’ve separated what you perceive your actions to be and what your friend’s action were, you don’t empathize. This is where, in avalanche incidents, we create space between what the avalanche survivor did and what we’ve done previously in the backcountry. We use this distinction to justify why said person got caught in a slide in the first place, and then, we blame them.

What is so critical to remember is how often we've made the same mistakes as these victims – gone riding in an area we weren't familiar with, didn't pack the right gear, didn't heed a red flag in the conditions – and remember to emphasize with them, understand how lucky we've likely been ourselves, and learn from the experience to go about our own days in the backcountry smarter.