Wave Privatisation in the Maldives: Trouble in Paradise?

The Maldives are one of the most exclusive and sought-after surf destinations around, and as everyone wants a piece of the pie, fierce competition between boat operators and resorts has ultimately lead to some claiming possession of waves as their own private property.

Despite recent government moves to end the practice, the situation is still up in the air and open to interpretation. So what is the deal in the Maldives currently? Are the waves free for all, or does exclusivity still reign?

Tony Hinde (RIP) set the stage for the current predicament. Literally running his ship aground at the sight of perfect waves peeling over a reef, Hinde pioneered most of the best breaks in the Maldives, and went on to set up the first private surf resort in the area at his beloved Pasta Point.

I got too much troubles trying to surf in the resort spots, all the boats have to drop their guests there to press [the issue], not only me.

Now, whether you think private waves are the best thing since the three-fin thruster set-up or lamer than a goatboater beatering in the shore break, you have to accept that the issue is a complex one. Given the sheer (and ever-growing) number of surfers on the planet these days, it’s a simple fact that many of the world’s best waves are becoming hideously overcrowded, and the surf experience is subsequently becoming affected. Lineup scuffles and hustling waves aren’t really a part of the surf travel dream.

Every resource has a carrying capacity–a maximum load that it can support without degradation–and many of the world’s best warm water waves have reached that point already. Cross that line, and the value drops for everyone. Unappetizing as it sounds, imposing limits on the number of surfers allowed in the water can preserve the quality of the experience and ensure that each individual gets a decent wave count on the good days. 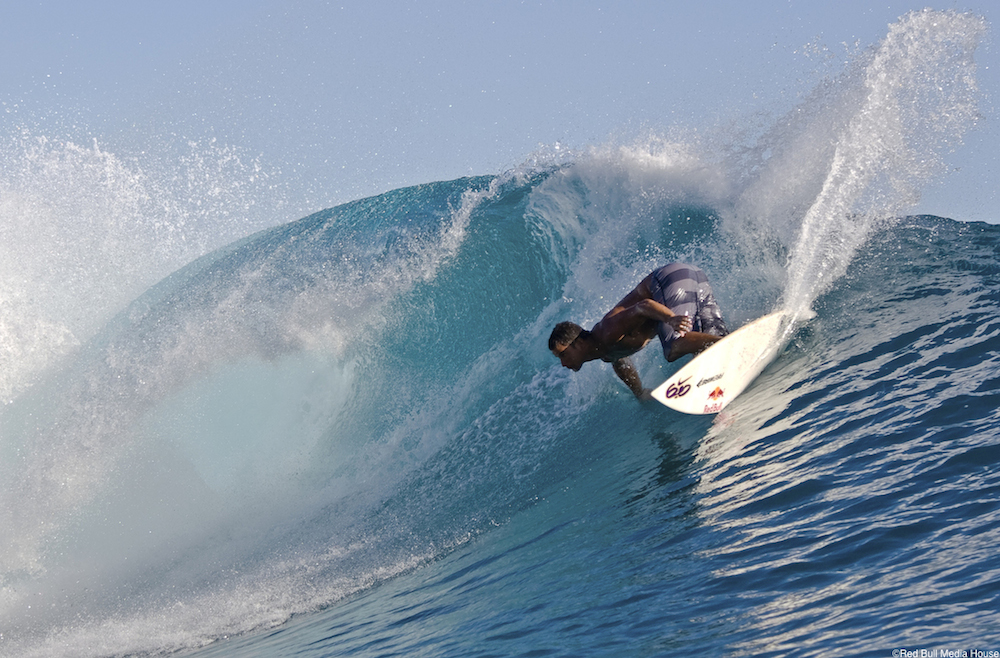 On the flipside, surfing is supposed to be all about freedom. Yeah, capitalism and the corporate world came knocking a long time ago, but have we really sold out to the point that waves go to the highest bidder? Call me naïve, but I hope there is still at least some of that hippy free-spirit soul left in surfing.

Regardless, Hudhuranfushi and Kandooma resorts later followed in Hinde’s footsteps, and claimed exclusive rights to the waves on their own ‘home reefs.’ This left only four of North Male Attol’s seven world class breaks open to all surfers–tourists and locals alike. While the situation was manageable, the increasing number of visiting surfers, drawn by tantalising shots of perfect tropical barrels without the crowds of closer-to-home destinations, eventually resulted in just what everyone was trying to escape from: increasingly crowded lineups at the open waves. 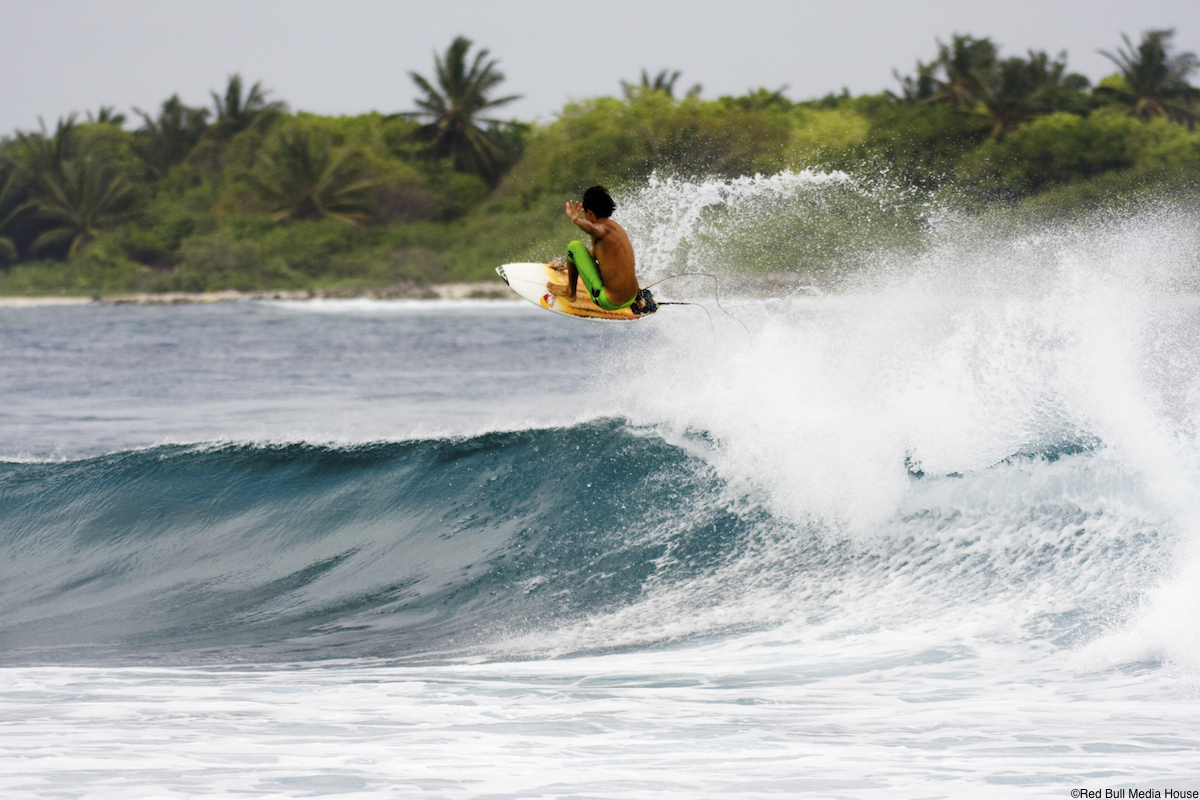 Tensions peaked in 2012 when news broke that a Singapore-based investment company would build a new private resort on Thanburudhoo Island, claiming exclusive rights to the island’s waves, Sultans and Honky’s, in the process. This outraged the local and international surfing community: Sultans and Honky’s are two of the last four world-class waves with open access in North Male, and restricting access to them would severely impact the surfing experience at all other breaks in the area.

Until the names of the resort waves are officially announced and management plans implemented, the resorts have the right to claim the reefs around their islands as their own property.

But how should surf tourism proceed in the Maldives? Totally open access and un-regulated tourism is rarely sustainable in the long run, and often results in a race to the bottom where operators have to slash prices due to a reduced quality experience, thus needing to attract yet more guests to meet margins, and in the process, crowding waves even further. This is evidenced the world over, from Bali to France. Given that no one wants to fly halfway around the globe to surf a zoo, it’s easy to see how this approach is detrimental to tourism. As Kelly Slater tweeted: “If there was any question as to whether we’ve ruined the Mentawais, the sobering reality of 16 boats at one average break tonight confirmed it.” On-going and massive over-exploitation of a wave is in no one’s interest in the long term. 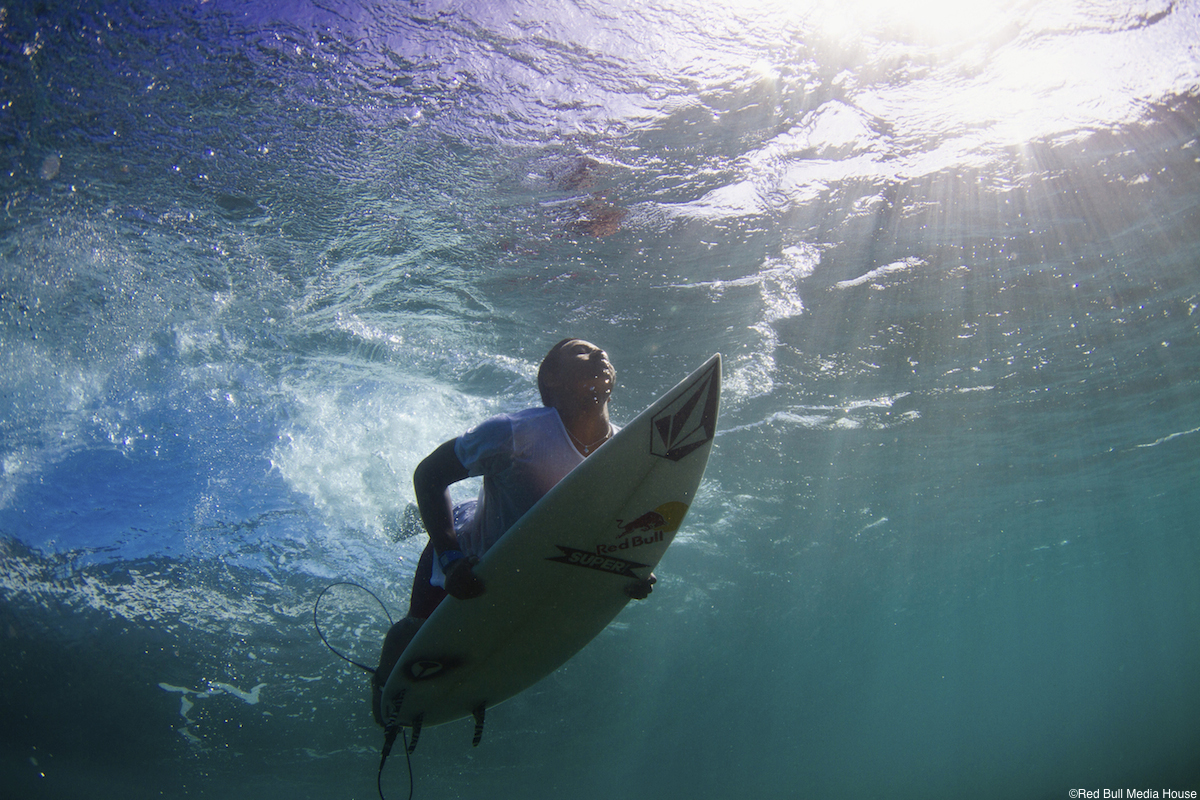 And yet, have we really got to a point where restricting surfing to the lucky few who can afford it seems reasonable; that it’s the logical thing to do? What about the surf boat fleet? Surely the mobility of the boats can be used to spread surf tourists around the Maldives in a way that the resort model never can? If access were opened to all breaks, it would surely be in the interests of savvy boat captains to spread their guests evenly across all the waves working on a given day. Could this be the future?

Sadly, it’s not quite that simple: the resort model is simply more beneficial to the Maldivian economy, generating approximately 180% more tax per tourist than the boat fleet, and 3-500% more jobs for locals. It’s easy to see why the resorts are so influential and have so much say.

However, it seems the status quo will soon be over. Under pressure from the surf community to save Thanburudhoo, the Maldives government announced major changes to the resort boundary regulations, apparently ending a resort’s right to claim surf and dive spots as their own. The end of prohibition? Maybe. As yet, there is no further information on when the new rules will actually be implemented, and which waves they will apply to. Open access is contingent upon the agreement of a surf management plan, which is still being debated by the Ministry of Tourism, the Liveaboard Association (LAM), and the Surfing Association (MSA).

In the meantime, the situation is open to interpretation, though the resorts are sticking to their guns for the moment. One charter boat operator, who wished to remain anonymous, reported problems when trying to surf at resort breaks: “I got too much troubles trying to surf in the resort spots, all the boats have to drop their guest there to press [the issue], not only me,”while in a press release dated 10th June 2014, Kandooma Resort insisted that: “Until the names of the resort waves are officially announced and management plans implemented, the resorts have the right to claim the reefs around their islands as their own property.”Speculation is rife, and until the Ministry of Tourism clarifies the situation, it is likely to remain up in the air for the foreseeable future. 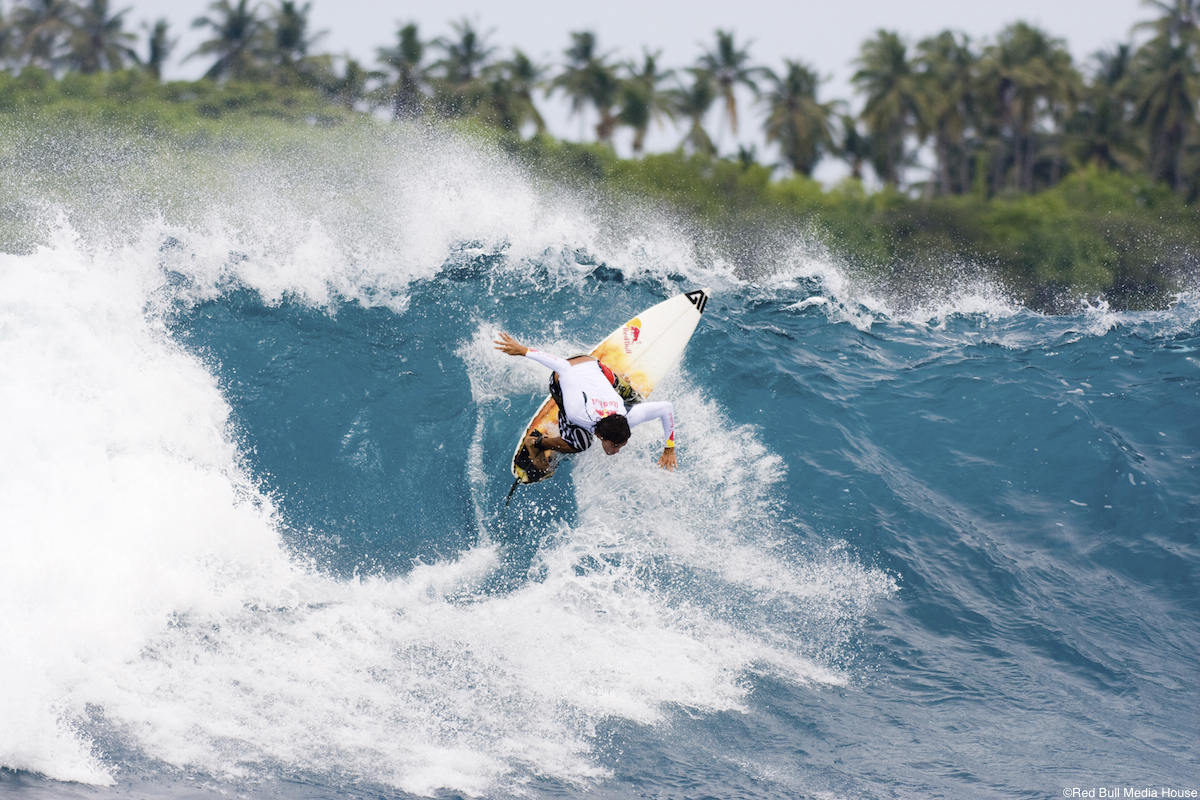 It’s a complicated situation though, and fraught with difficulties. Opening access without an effective management plan in place is likely to be disastrous; just look at the mess at Tavarua and Cloudbreak. According to a leading surf academic: “[the] place is slammed with surfers, surf rage, drop-ins, and backpaddling. Up to 80 people have been counted in the water at one time, when the previous safe limit was thought to be 16. The surfing experience has been severely impacted.”

Cloudbreak was once one of the most legendary and lusted-after waves in the world, yet despite now being attainable for greater numbers of surfers, the experience has lost much of its magic. The Maldives government has to find a way to balance open and fair access whilst preserving the quality of the surf experience for all in the years to come. Certainly no easy thing.

For now though, how best to make the most of a trip to the Maldives in the current uncertainty? You'll either have to stump up for a private resort, or go remote–as far off the beaten track as possible. The further you head away from North Male, the thinner the crowds get, and the closer you can get to the real Maldives of yesteryear. That deserted tropical island and those empty spitting waves are still there to be found; you just have to want them enough, and put the effort in. Ever thought about chartering a seaplane?