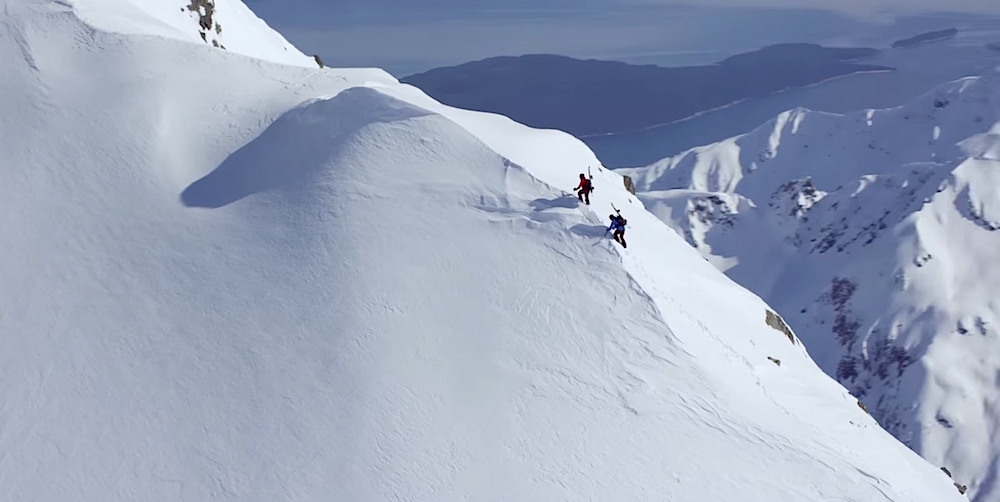 Splitboards get you where you need to go–until you want to boot up a couloir, or hike up a snowy ridgeline. The most effective tools for climbing steep and deep terrain are Verts, 2.5-pound climbing snowshoes with bear claw-shaped toes. These plastic snowshoes compress soft snow as you climb, essentially creating a staircase for you and your partners' ascent.

Carney explains the history of how he came to mold the first pair of Verts, and how they changed backcountry snowboarding for good.

How Verts Got Started 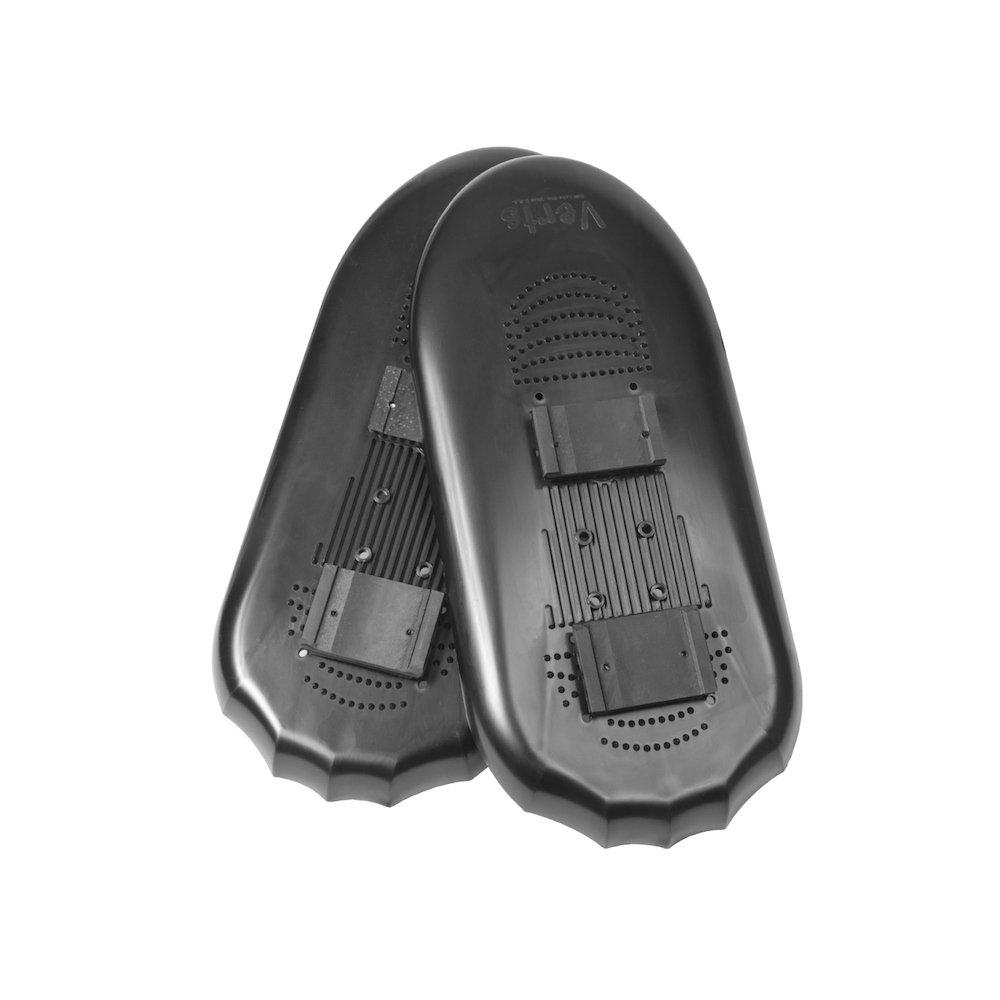 Before splitboards gained popularity, these climbing snowshoes made backcountry travel possible for snowboarders.

"In 1996 Jim ‘Sarge’ Conway and I went to snowboard up Little Superior across from Snowbird," Carney says. "He was blowing me away up the mountain with a set of Ramer Assault snowshoes. I got to the top completely wasted, and he pulled me over the last cornice by my backpack. From that day forward, we talked a lot about making snowshoes for snowboarders."

Jim Conway was blowing me away up the mountain with a set of Ramer Assault snowshoes. I got to the top completely wasted, and he pulled me over the last cornice by my backpack. From that day forward we talked a lot about making snowshoes for snowboarders.

"One afternoon at the Winterstick office with the former owner, Duane Bush, we discussed what type of snowshoes to make. Jim lobbied hard for something like the Ramers. I was thinking a more traditional snowshoe would make way more money, as it was the heyday of the snowshoes craze. In the end, Jim swayed me toward the Verts we have today."

"Back in those days there were a few snowboarders who used traditional snowshoes, but most folks accessed the backcountry by setting a boot pack straight up."

"After getting Verts in production in 1997, it was pretty much the who’s who of snowboarding who started to use Verts. To be honest, the pros were the only real believers."

In recent years, the Bozeman-based splitboard binding company Spark R&D have adapted Verts to their binding system. This allows riders to approach a line on their splitboards, and then slide their bindings off skis and onto Verts to enter climbing mode.

"I love being able to slide my Sparks onto my Verts, and then throw my board on my backpack, which weighs a lot less," says Patagonia ambassador Ryland Bell.

"It's perfect for AK glacier lines. Approach in split mode, leave your poles and skins at the bottom of the line, and then go Verts and ice axes."

How Verts Work and When 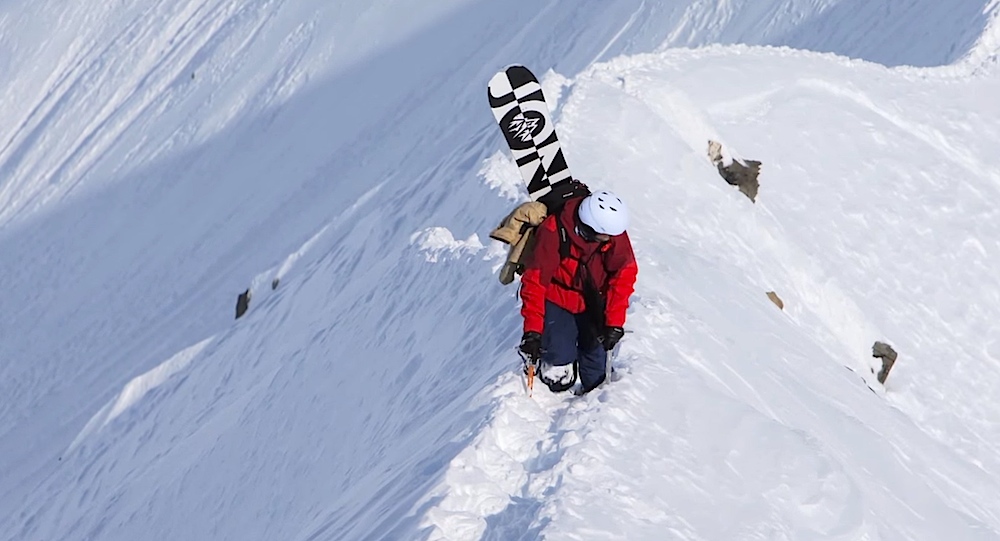 Verts have a fixed heel like a crampon and compress the snow below them, making climbs up snowy ridgelines much easier.

Carney likens Verts' shape to a cake pan turned upside. This shape captures snow under-foot and builds what he calls a "nice cone to step up on."

The fixed heel allows you to front-point, like you would with a crampon. This combination of compression and traction makes these climbing snowshoes functional on soft conditions, refrozen corn, firm snow, and to some degree, even rocks.

While most backcountry snowboarder ascend ridges and couloirs, with Verts, Whistler-based Jones rider Claudia Avon uses them to climb through tight spots in trees where skinning isn't an option.

"In steep terrain, it’s really easy to grip and punch through the snow with the tip of the snowshoe," she explains. "The bindings also makes you feel very stable and solid on them because they're well-attached to your feet."

That said, Verts aren't meant for every climbing condition.

"When you get blue water ice, it’s time for proper crampons," Carney offers. "The only other place where they don’t work well is when you have an inverted snowpack. Depth hoar with a couple feet of light pow on top is ugly for anything when it gets steep, but particularly with Verts. That’s a time for giant skis and splits."