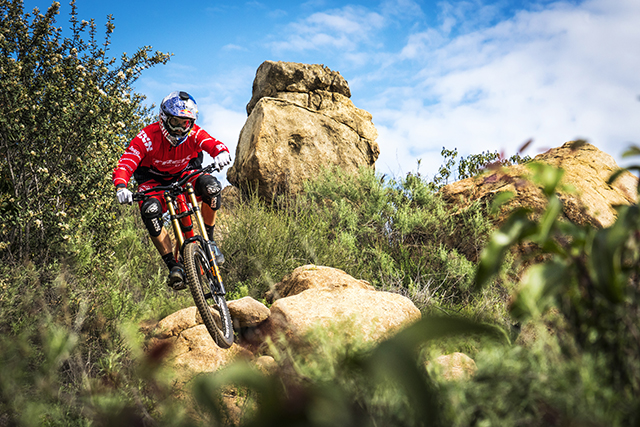 Ok, the apocalypse is here. Reality stars are presidents, DH bikes are 29ers, Cats and dogs—living together.

But we all knew this was coming. Santa Cruz let theirs out few weeks ago, so for sure the big dogs were not far behind—perhaps just waiting for a bigger event in the northern hemisphere to launch their version. 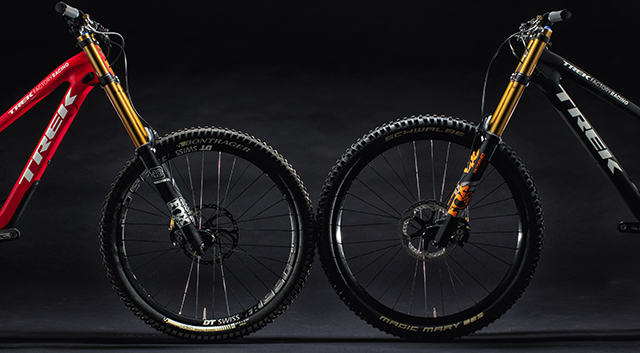 The new Trek Session DH bike actually comes in both wheel flavors: A complete 27.5 with a stiffer frame, race-focused geometry, updated suspension optimized for air shocks with retail builds from $4k to $8k. And a 29er package available as a frame/shock/fork combo for $4,999. Both sport the Fox Factory FIT 40 RC2 fork and a custom Fox Float X2 shock. 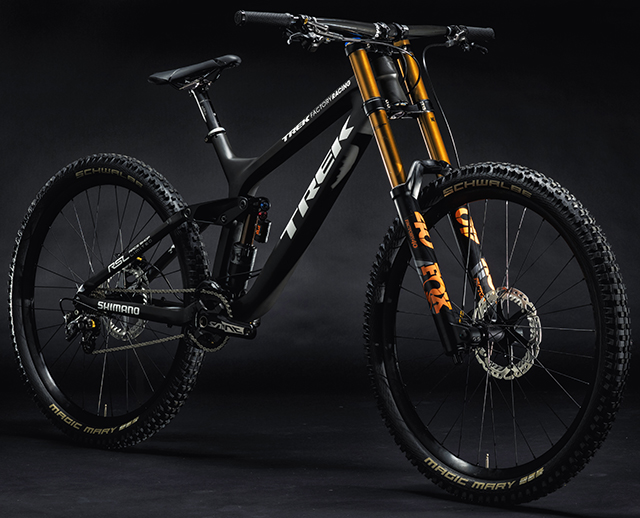 Truthfully, the 27.5 might still be the best choice for most riders. But a hard-core gravity missile masher who rides with a number plate more often than not might want to take a long look at the niner. That's probably why it's only available as a frame/fork combo, because folks who need to control most of their own components would consider something like this. Though you'll probably see a build offered at some point down the road. 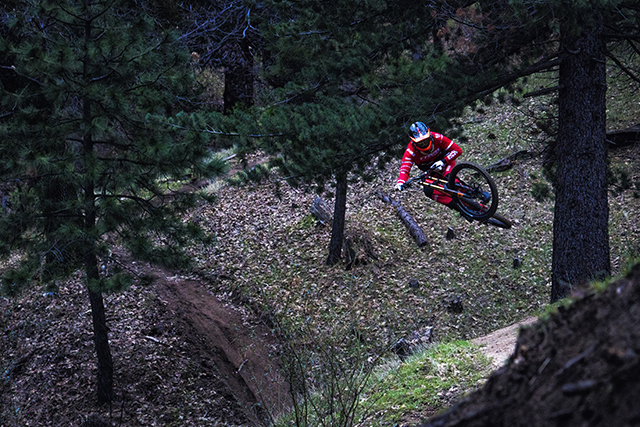 Both will probably do ok in the air. Matt DeLorme photo.

This new Session is the first iteration of bike the Atherton team have had their hand in developing. It features a longer reach (by about 20mm), a slacker 63-degree head angle and a 10mm lower bottom bracket. It retains the same long-ish chainstays—because it's DH, dammit.

Included with every bike is a set of 1-degree-offset cups which can be installed with a forward or backward angle for an additional 1 degree of head angle adjustment in either direction. In case you want a 62-degree mauler. 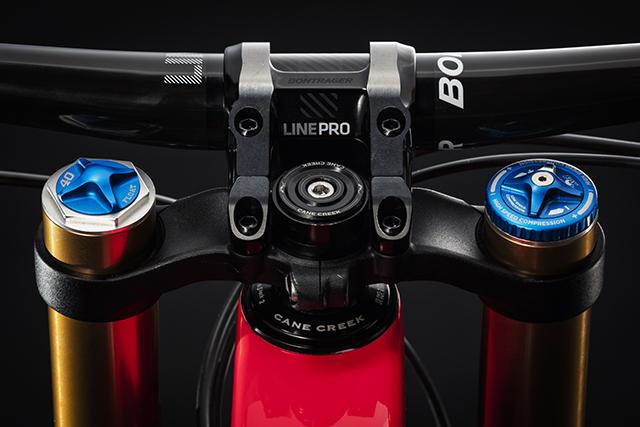 The Session is sized for riders mostly by reach, so if you're not racing through the rocks of doom at mach 1, and want something a little bit more playful, you can size down for a more park-friendly rig. 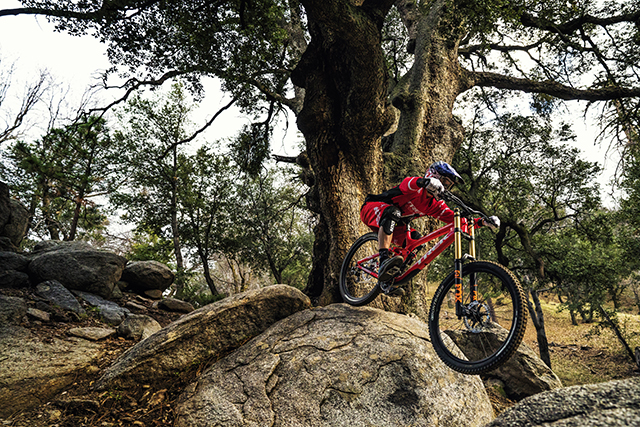 While the suspension travel's mid-stroke gets the most re-tooling, the shock is more also responsive at the beginning of the stroke, allowing the bike to respond to smaller bumps, so it tracks the ground better and improves grip. You'll hear this from most bike manufacturers about their suspension designs, on any bike, but Trek's amazing track record with the Slash and Fuel EX makes me believe they wouldn't mention it unless they had a lock-down solid improvement. 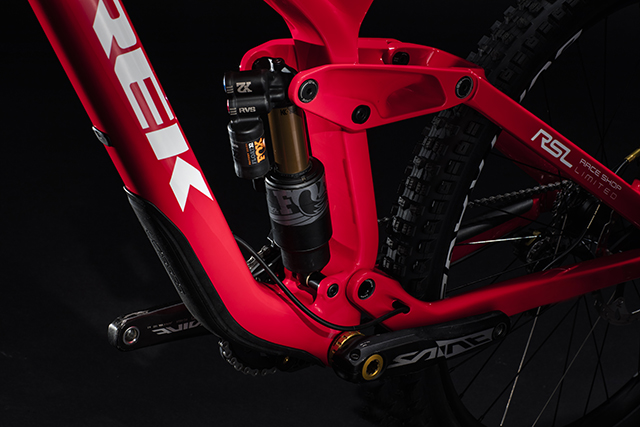 Also in keeping with their last few product launches, the frame is stiffer (19% stiffer at the bottom bracket, 11% stiffer over the rest of the frame). This stiffness combined with the improvement in shock performance allowed Trek to remove the bike's Full Floater shock mount previously used to help quiet the bike's ride characteristics. It now uses a fixed mount, simplifying the kinematics and reducing the weight compared to last year's 27.5 model. They did keep the Active Braking Pivot and the OCLV carbon layup. 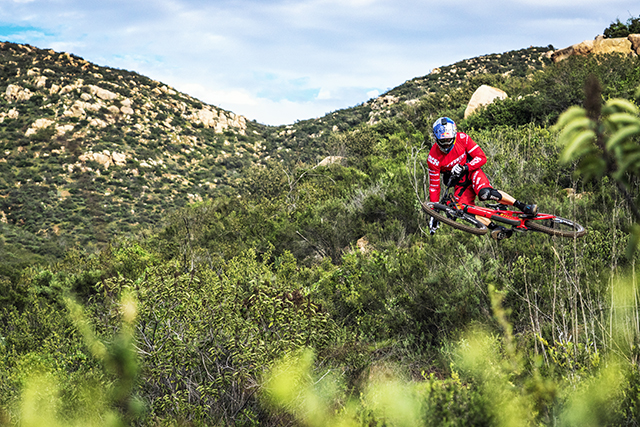 So is this a sea-change? Will 29ers take over the whole world now? Well, you're going to see a bunch more of this for sure. If you're a hardcore 27.5 devotee, don't go running into the woods to live out your days in a yurt yet. They'll be just fine.

Here's a few more pix of the new rig, just to drool on. 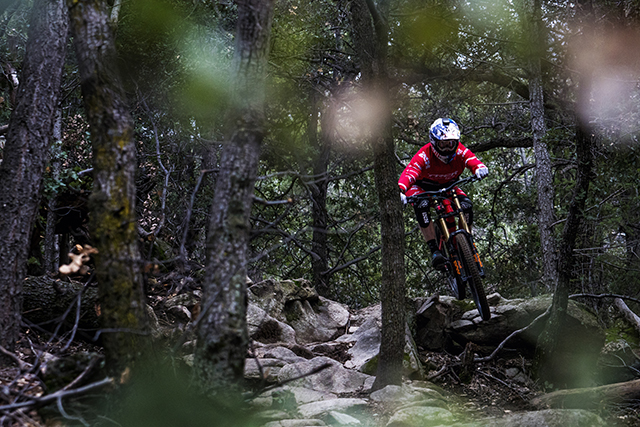 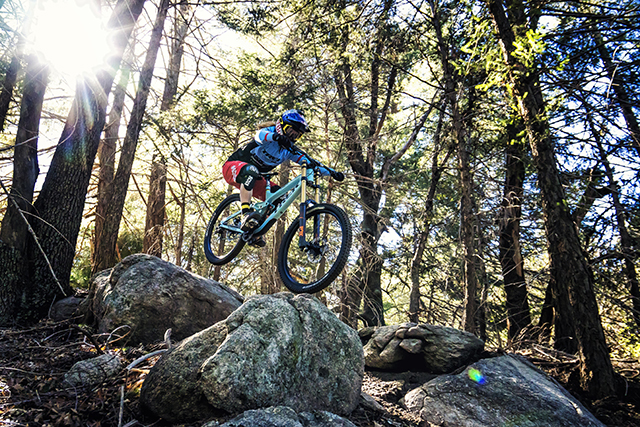 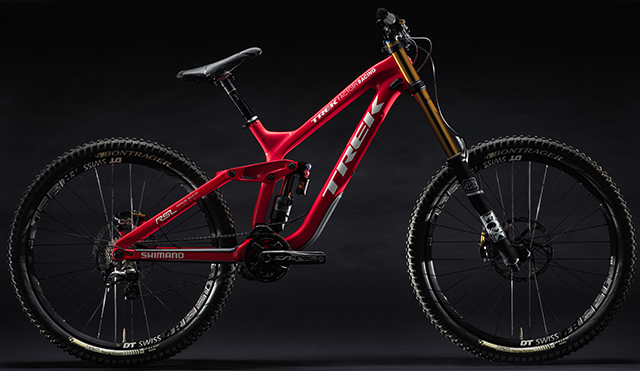 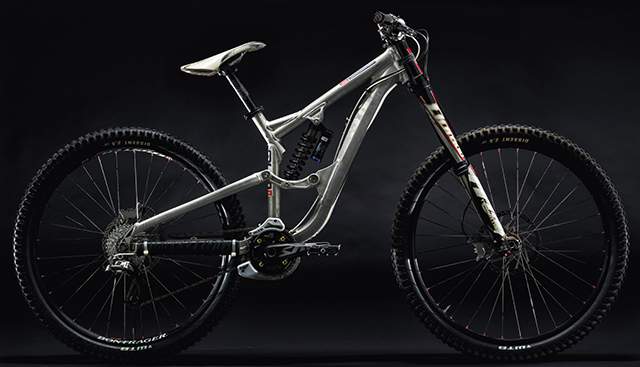 First 29er prototype. Guess they had some spare parts kicking around. Trek photo. 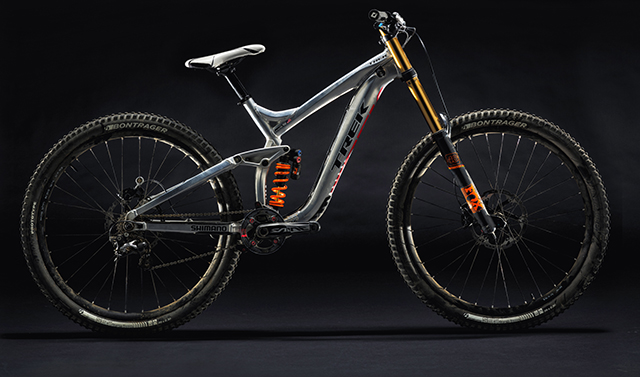 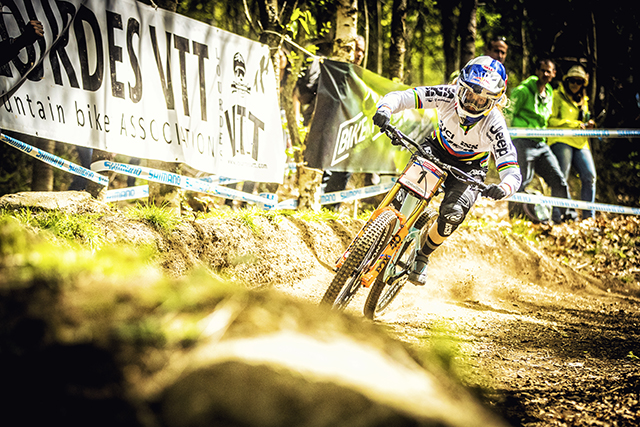