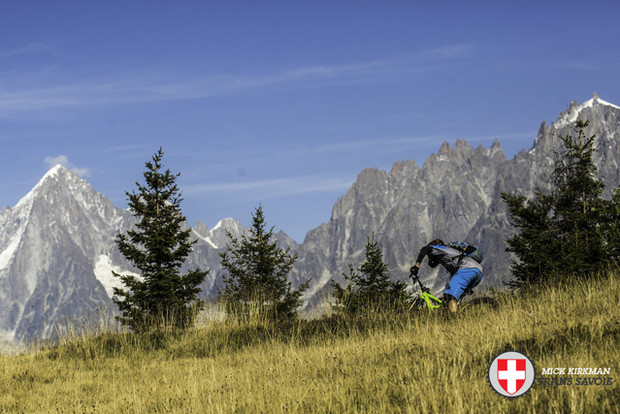 Hard to believe it’s six days since racers rolled out of Val d’Isére on the 2015 Trans-Savoie odyssey. Day 6 took the riders from Les Contamines Mont Blanc to St Gervais. Total distance: 32 miles. Unlike a certain French road grand tour, the T-S's last day was anything but ceremonial. 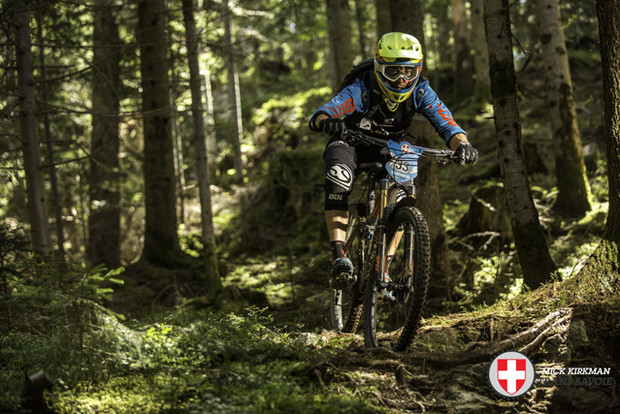 All the week’s efforts and frustrations were rewarded today as the exertion, the skill and the bravery, crudely broken into hours, minutes and seconds, came to an end. Whether on the podium or just finishing, all were happy to have come through.

The guy that ruled the steep tracks and gnarly terrain, born in Strasbourg, France, was Nico Lau. There was some shuffling and exchanging of stages, but he was the one to beat right from the end of day 1. Awesome following him and the rest of the top riders through the adventures of the week. 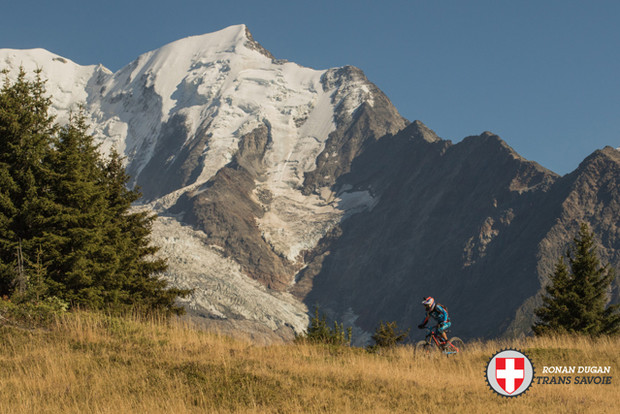 With the Mont Blanc massif layed out in front of them, riders spent most of the Friday battling in the shadow of Europe’s largest mountain.

The first stage (of 4) was a simple bike park blue down to Les Contamines, but simple isn’t always easy and safe when you’re pushing against the clock to claw back time on the last day of a week-long event. 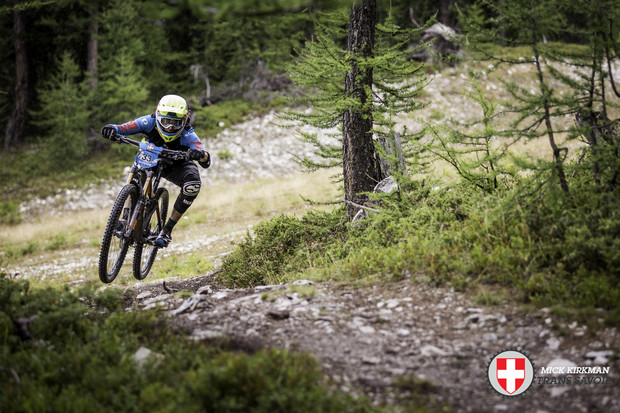 To push it or to survive - that is the question. Mick Kirkman photo

Every second counts, whether it’s to beat your buddy, or the guy who’s been closest to your time throughout the week, or take the top step of the overall event. 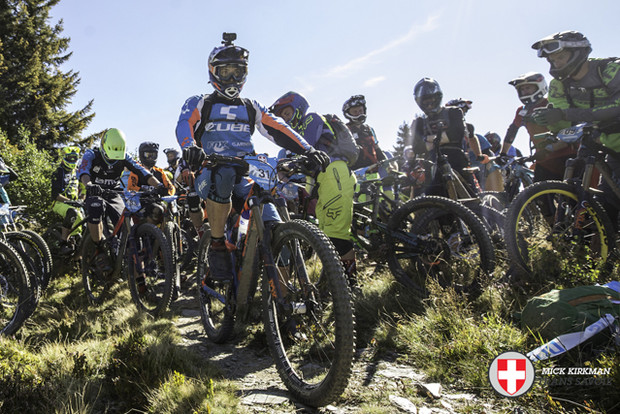 Nico Lau started the day with a three-minute lead and rode conservatively to make sure nothing got in the way of winning the Trans-Savoie. Mick Kirkman photo

A huge liaison climb of 1,000m led up to stage 2. No joke in the blistering sunshine. The trail was one of the week’s best and, because its difficult to reach, always in prime condition. That can be cold comfort after 6 days of racing. But still, it came off super. 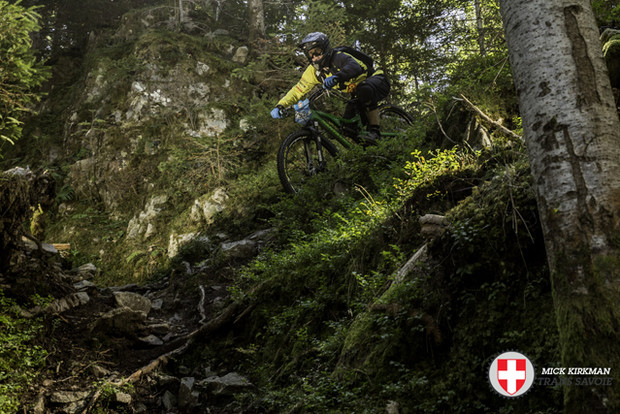 Stage 3 was a tight, tricky, steep path that headed down toward the Tramway in town. It caught a few riders by surprise with its steep rooty sections and switchbacks.

For the last stage, the transfer started at the tram back up Mont Blanc itself. The tramline is a classic piece of engineering, winching tourists up the shoulder of the mountain on a cogged line, eventually stopping just shy of the glacier at a mountain refuge. 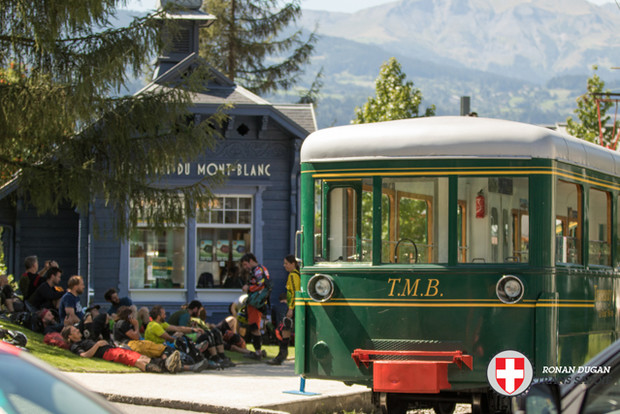 Hey! You kids! Get off my lawn! Ronan Dugan photo

The 4th, final, and 30th stage of the week followed the line of the Tramway back down from the iconic mountain towards the campsite above St Gervais. The start blasted down alpine meadows with views to die for and headed flat out into the woods and paths. In the spirit of the whole race, it was no picnic, 10km long and boasting a 1,000m drop. 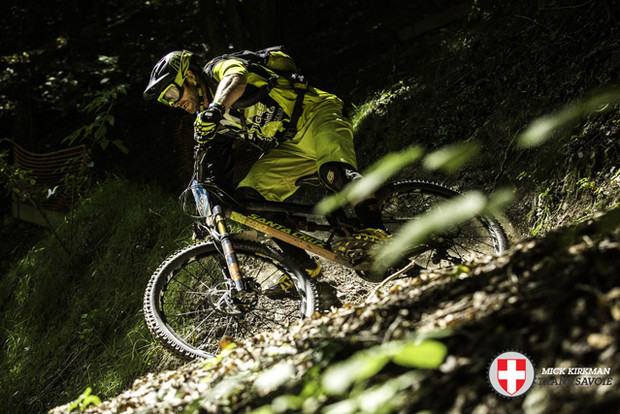 By the end of the last stage, racers had clocked almost 30,000m of descending for the week. Many had no punctures or mechanicals, proving how awesome bikes these days can handle this kind of stuff. 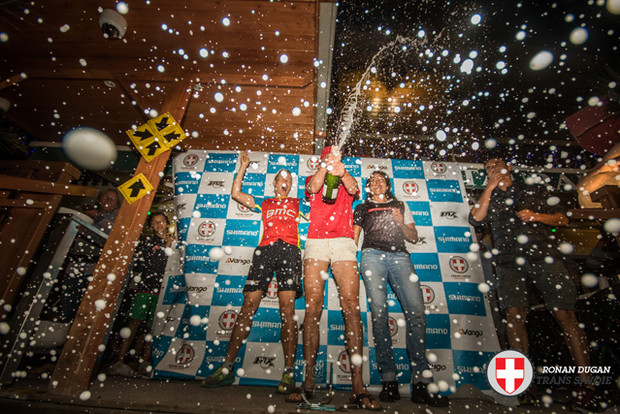 For most competitors, survival and the honor of finishing one of the world's toughest enduro races was enough. For the top racers, the roll back to the campsite and check-in at the timing tent were an anxious few minutes - either confirming or denying their desired result.

François Billy-Maître ran close, but Nico Lau had done enough on the last day to protect his lead and win the third edition of the Trans-Savoie - with almost four and a half hours of racing. 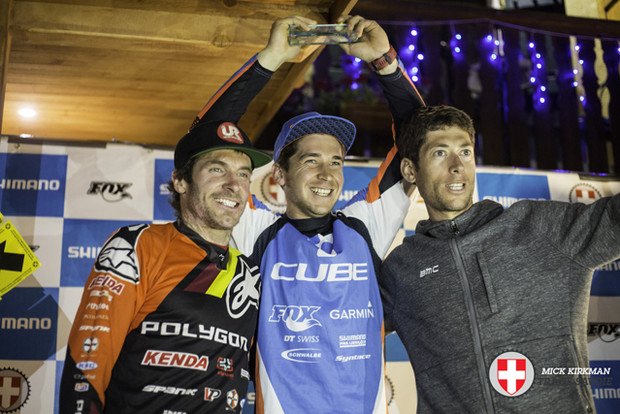 The full 6-day video will be out Monday or Tuesday, and we'll bring that to you when it comes out. Next year, I'm there. I'm in the 'survive the week' category - I'll start training Monday.