The Strange History, And The Fallacy, Of The Farmer's Almanac Forecast 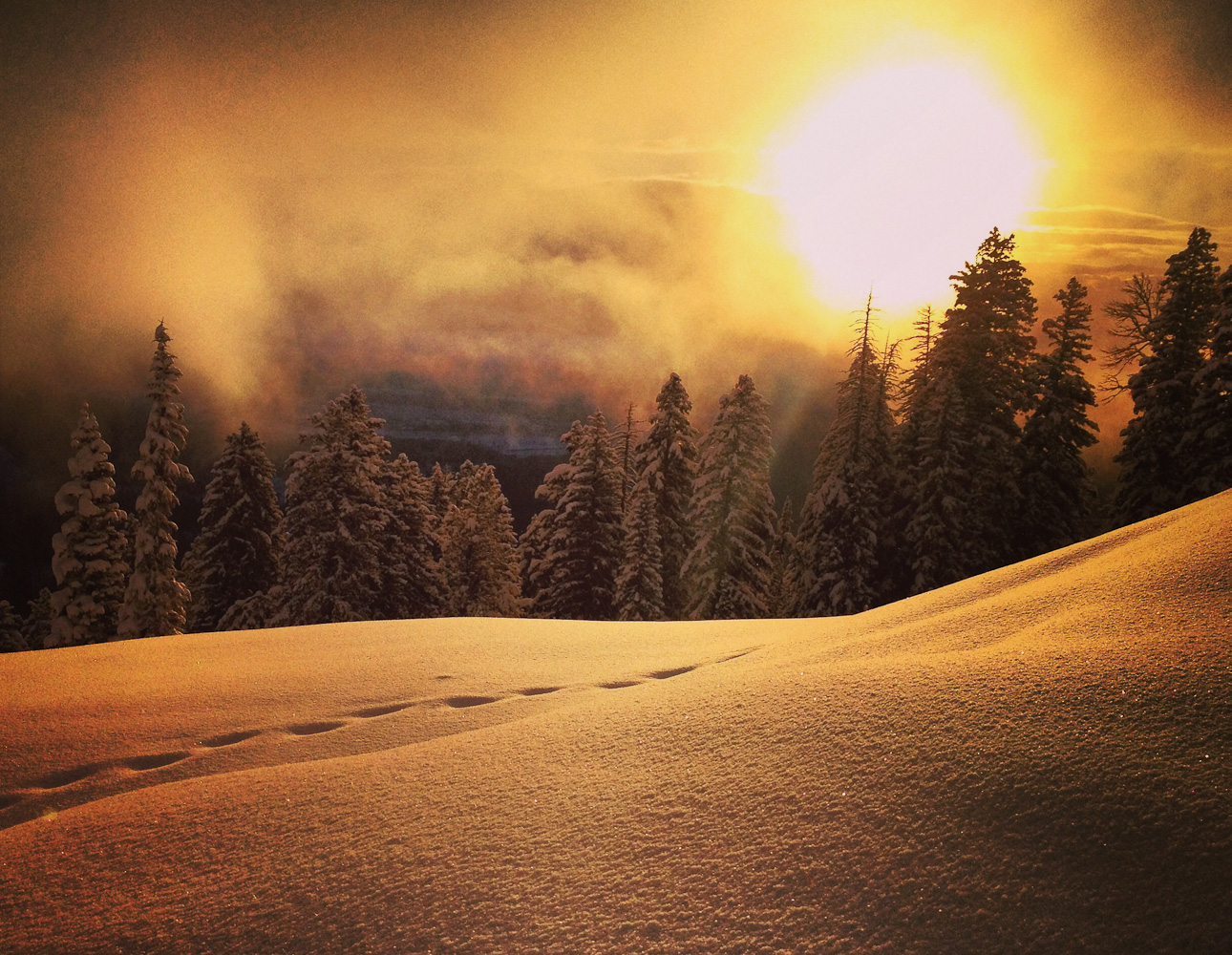 Whatever winter brings, it's doubtful the Almanacs will call it right. Ryan Dunfee photo.

Aside from the turn towards fall, the other thrilling turn of events this early September for skiers and snowboarders in the Lower 48 is the annual release of The Old Farmer’s Almanac and its arch rival, The Farmer’s Almanac, competing cornball texts (did you know there were two?) that, among other things, claim to predict the characteristics of the incoming winter in the various regions of North America. The dueling forecasts give every snow-related publication an effortless and compelling incentive for readers to click through to their website, and ski areas a handy promotional piece for their season pass sales–should the quaint seers at either of the two ancient publications predict blessings of cold and snow for their home court.

The Forecast For Winter 2015 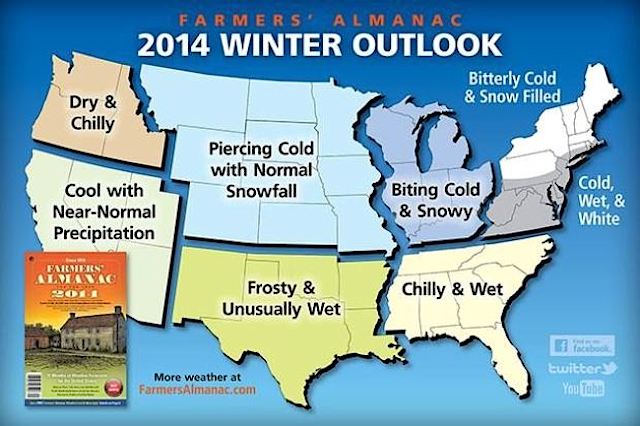 For this winter, The Old Farmer’s Almanac is calling for above-normal temps and below-average snowfall for most of the Intermountain West, while The Farmer’s Almanac has a rosier forecast (graphic above) of “snowy” and “flaky,” while simultaneously referring to the region’s expected below-average temps as either “bitter,” “frigid,” or “stinging.” I’m not sure quite what the differences are between the trio, but if you’re making bets off the Almanac, it sounds like investing in long underwear futures is a good call.

In one version, the Northeast will see an active storm track, in the other freezing temps and regular snowfall. Tahoe will either get screwed a fourth time, or it might be business as usual. There’s much of the same ambiguity for the PNW. And so on and so forth.

Like Amish farmers rolling their horse-drawn carriages through the traffic of Pennsylvania towns surrounded by trucks and Pruises, it’s a minor miracle that this pair of publications, both of which were founded decades before the Industrial Revolution even got underway, still exist, let along continue to hold so much sway over the collective weather psyche of the nation while the creative destruction of technology and globalization have overturned so many other institutions with any degree of history on their heads. Fascinating, in fact. 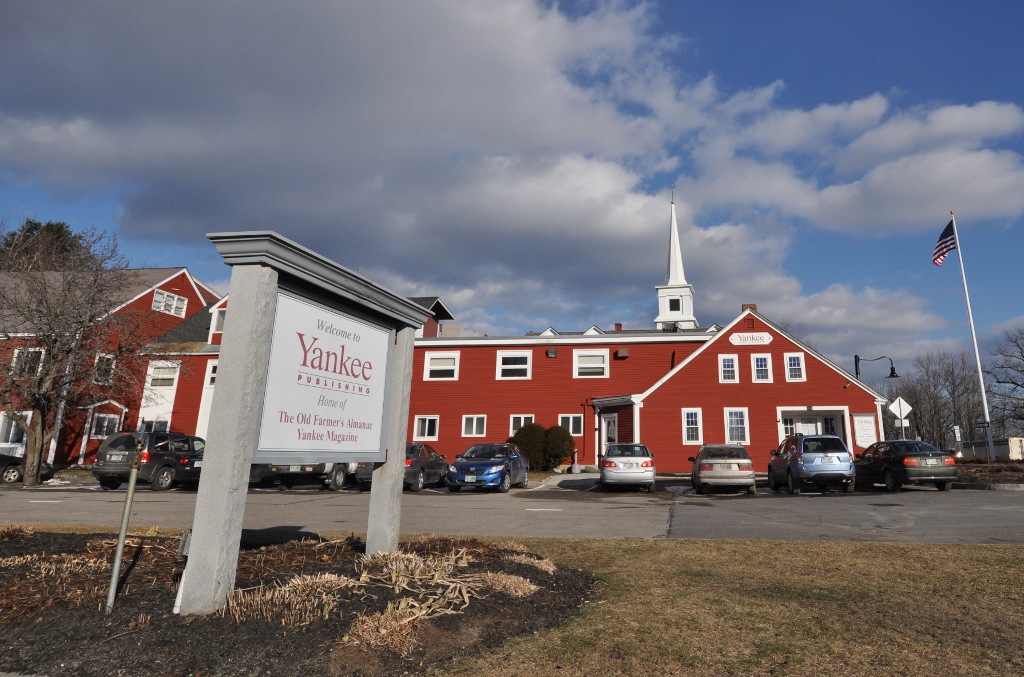 The naturally barn-like headquarters of Yankee Publishing, in Dublin, NH, where The Old Farmers Almanac is put together. Wikipedia Commons photo.

To start, The Old Farmer’s Almanac has been continuously published since 1792–making it the oldest continuously published periodical in North America–in the tiny town of Dublin, New Hampshire, a town so small I had to look it up on Google despite having spent twenty-something years of my life in the state. Maple syrup-soaked enclaves like Dublin are natural repositories for institutions like The Old Farmer’s, which seem to soldier on as if progress just up and quit after 1953. In fact, the entire Southwest quadrant of the state seems lost in a time warp, with town halls that double as the village police station, gas station, barber shop, post office, and blacksmith, and nary a marked intersection west of Route 101.

They even have their own TV program, New Hampshire Chronicle, in which an appropriately-named host dubbed Fritz Wetherbee manages to chortle on, week after week, about another ancient saltbox home, butter churn, or covered bridge from the state’s motionless past, all the while stacking up five Emmys in the process. It’s only in these bizarre rural environs that a business like the The Old Farmer’s Almanac could carry on since the dawn of our nation with a business strategy that relies on a secret formula held in a locked black box, which is guarded as if Indiana Jones might appear to rip it of their clutches with a crack of his whip and add it to his collection of anthropological treasures, alongside shrunken heads and pre-Christian chalices.

It’s only in these bizarre rural environs that a business like the The Old Farmer’s Almanac could carry on since the dawn of our nation with a business strategy that relies on a secret formula held in a locked black box.

Again, the primeval Dublin outfit is not to be confused with its equally hokey rival, The Farmer’s Almanac, which annually spouts its own weather predictions while ensconced among the deposed textile mills and Somali immigrant population of Lewiston, Maine, and has done so since 1818. Although initially from New Jersey. The Farmer’s Almanac hides its own forecasting magic in the “heart and calculator” of its weather prophet, Caleb Weatherbee, who is apparently a real person who lives in the United States but whose real name and identity are kept secret. Fritz Weatherbee… now Caleb Weatherbee?? The plot thickens, conspiracy theorists! 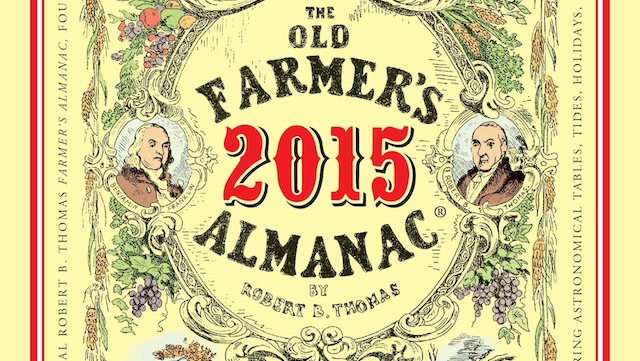 These guys sure don't look like they use any satellites, Walter! The 223rd cover of The Old Farmers Almanac.

Despite the Salem Witch Trial-level of naivety that you might assume one would need to believe in the methods of these two dueling clairvoyants, both claim their annual forecasts are, assuredly, about 80% accurate. As the website of The Farmer’s Almanac states, “Many longtime Almanac followers claim that our forecasts are 80% to 85% accurate.” Many (of how big a group?) claim that… ah, the art of spin!

You have to admire the vagueness of statements like this, which mirror many of the ambiguous forecasts found in the almanacs themselves, such as that the second week in October in the Intermountain West to be “sunny; warm, then cool.” Next year they might just write, “This week there will be weather that might affect people living in the area were the weather occurs.”

Despite the Salem Witch Trial-level of naivety that you might assume one would need to believe in the methods of these two dueling clairvoyants, both claim their annual forecasts are, assuredly, about 80% accurate.

Skeptical meteorologists, like Jonathan Martin, chairman of the University of Wisconsin-Madison’s Department of Atmospheric and Oceanic Sciences, guesses their success rate is about half the claimed 80%. The folks at NOAA, toting federal dollars, satellites swooping around the globe, and complex scientific methods, put their success rate up at 60%, yet enjoy an inverse approval rate compared to the almanacs.

More than verifiable and repeated accuracy, the Old Farmer’s Almanac may seem so infallible in its long-range forecasting thanks to being on the right side of American culture’s confirmation bias. Meteorologists have never been adored by the public, even less so since 2005, when Nicholas Cage did the profession in for good by, well, acting in a film–this one in particular was called The Weatherman. The abject uncertainty inherent in predicting the weather, regardless of method, has been recast instead as the meteorologist’s general ineptitude at their chosen profession.

As Americans remain stubbornly anti-scientific, the appetite for trusting some salt-of-the-earth Yankee with their secret formula endures, along with that for bringing factory jobs back from overseas, living by your horoscope, and the idea that the Earth is only 10,000 years old. Psychology’s a bitch, but at least it’s keeping the publishing industry alive in the Granite State.