Ok, we've got to say something here. This year on the final day of the Tour de France, the women were the hardcore athletes and the men were embarrassing. Even my hero, Jens Voigt, said "I'll be honest, the level of competition right now leaves a lot to be desired" as the male cyclists were coming into the Champs-Élysées.

I love the Tour, I watch it, I root for Peter Sagan, I love to hate Team Sky. It's freaking epic and those guys are hard. But there was something disappointing about seeing Chris Froome clinging to the official's car at the start of the stage to TRIPLE check that the race around the Champs wouldn't actually count because of the rain. After the women's race was like an all out sprint through road-warrior carnage.

So, without further ado, here are 5 reasons to watch, and root for, women's cycling:

#1 Women's cycling has heroes and drama. 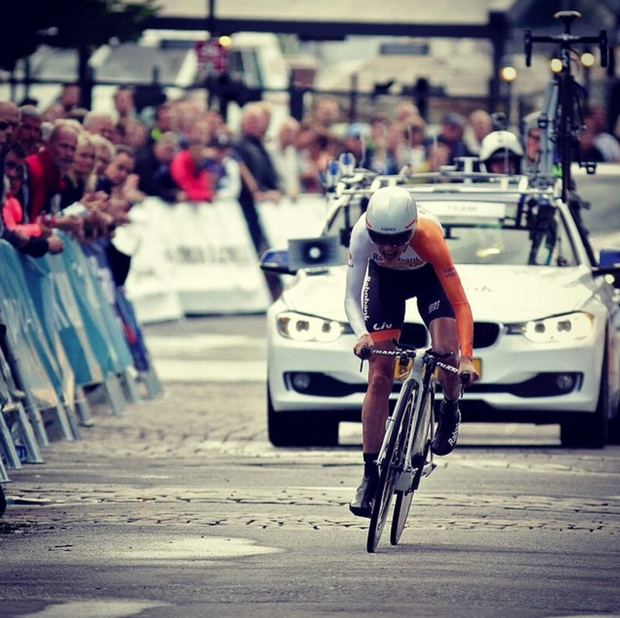 Marianne Vos has been the greatest pound-for-pound cyclist in the sport for several years (World champ track, road and cyclocross–thank you very much). There are teams: The US has Team 2016, a team built to gun for the 2016 Olympics, Velocio-SRAM, Orica Green-Edge (yes, like the men's team), Liv-Plantur and, of course, the hammer Liv-Rabobank (with Marianne Vos,Pauline Ferrand-Prévotare and La Course winner Anna van der Bruggen). There's Lizzie Armitstead and another Hannah Barnes (different than MTB Hannah Barnes).

#2 They are more courageous.

Hammering in the rain during the London Olympics. Wikimedia photo.

Did you watch the video above? Now watch the London Olympic gold medal race. These women know their sport, while up and coming, is fighting for survival. They not only have to win, but they have to prove it's the real deal.

I love how human scale and effort hasn't been doped or corporate-marketed out of the Women's race. I feel I'm watching athletes on a level playing field giving their all and loving the sport. Underdogs can win. Even heroes, like Vos, aren't superhumanly above the peloton.

A country as crazy for cycling as we are for football. Here's Anna's post race interview: 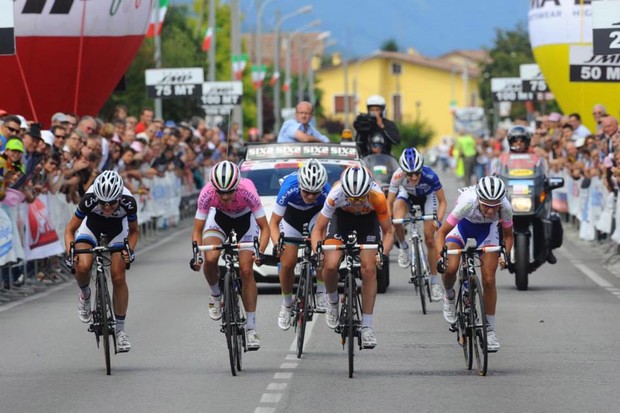 NASCAR-style onboard cameras and a South America tour? Photo via Pauline Ferrand-Prevot.

Men's cycling has three world-renowned grand tours that all the guys train for (sorry Colorado and California, you're close, but still like tennis tournaments with a purple court and sponsor logos on the net). A couple adventurous riders also do cross. But Women can now get their own multi-stage Tour de France. And they can build it for balance, not just sprinters one day and climbers the next (that's a bit of an over-simplification, but you get the idea).

They could have other grand tours that switch host countries. They could race South America and Asia. I'd watch it, and all of Germany, Canada, Holland, Belgium, the UK, Switzerland and Eastern Europe would watch it. France, Italy and South America... sure, they'd be slow to the party, but they'd get it after seeing how well these women race.

This is also a PRIME opportunity to mandate cameras on every bike and have domestiques swap batteries the way water bottles are swapped–it'll make road cycling huge like onboard cameras did for NASCAR. Women could lead the charge on this.

ASO (Tour de France race organizer), NBC Sports, and the UCI (cycling's sometimes bullshit league) need to step up and make this all happen. I'll be there, ringing a cowbell.