The #Crowdtrip Finds the Pow in Tahoe 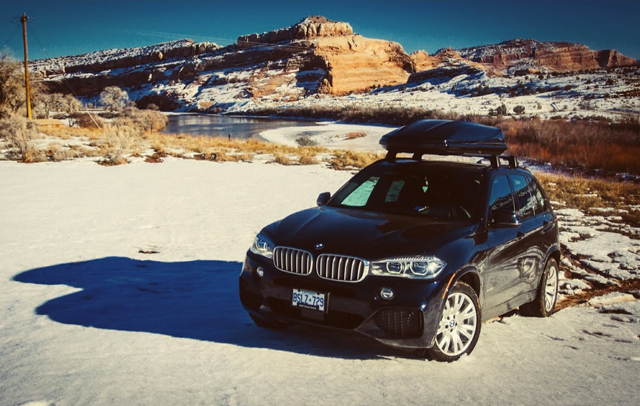 Words by Theo Birkner; photos by Caleb Del Begio & others

Coming down to Lake Tahoe westbound on Highway 50 is inspiring, even for a carload of coastal boys who’ve spent their lives beside the great Pacific Ocean. It’s a beautiful place, especially the day after a massive snowstorm, and definitely one we were excited to drive through and ski around for a couple of days. 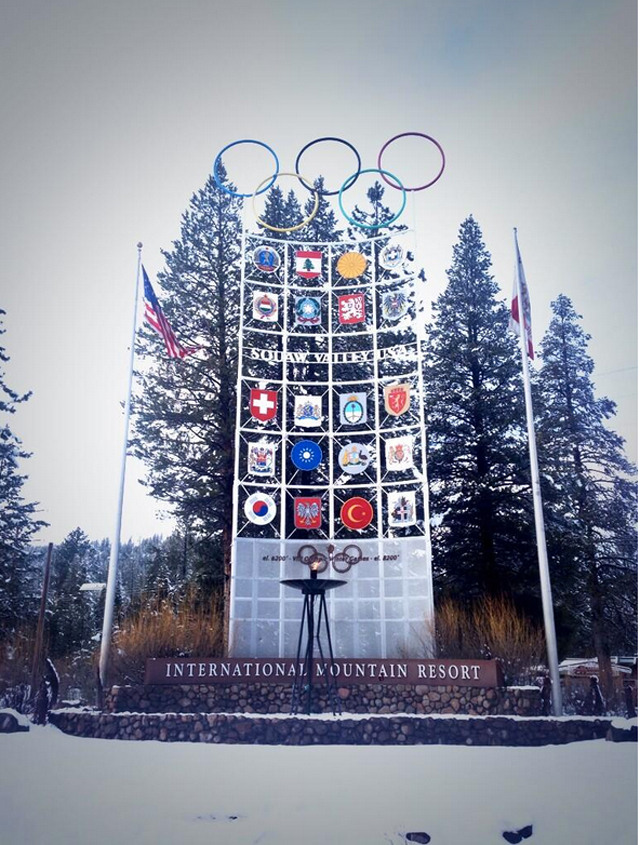 The Tahoe region, and specifically Alpine Meadows and Squaw Valley, was a fitting last stop for #crowdtrip south of the border, because it’s also the last stop for many skiers traveling abroad to hoist the stars and stripes in competition, not least for Olympic glory in a couple of weeks.

Squaw produces so many championship level skiers and snowboarders across every discipline (slopestyle, halfpipe, alpine, etc), there’s got to be something in the water here. 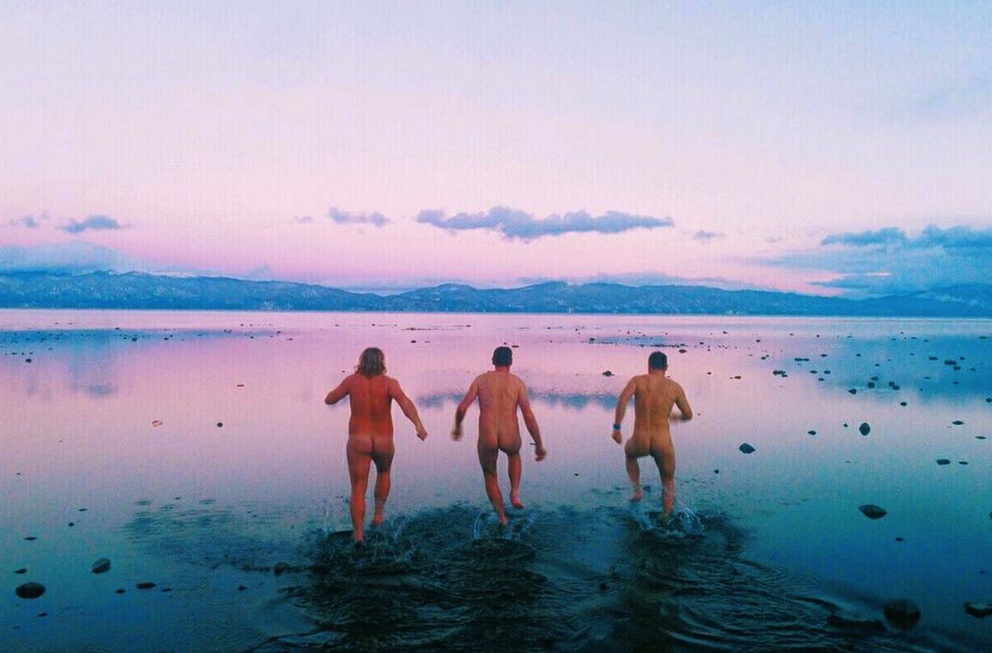 I guess that’s why we had to take a dip in the lake. Unfortunately for the other three, the only one who’s generally into cold-water swimming and public nudity (yours truly) was sidelined with a freshly operated-on shoulder and couldn’t partake. So Caleb, Marty and Alex stood tall and went for it. It was 24 degrees in the air at sunset, and probably not that much warmer in the water. 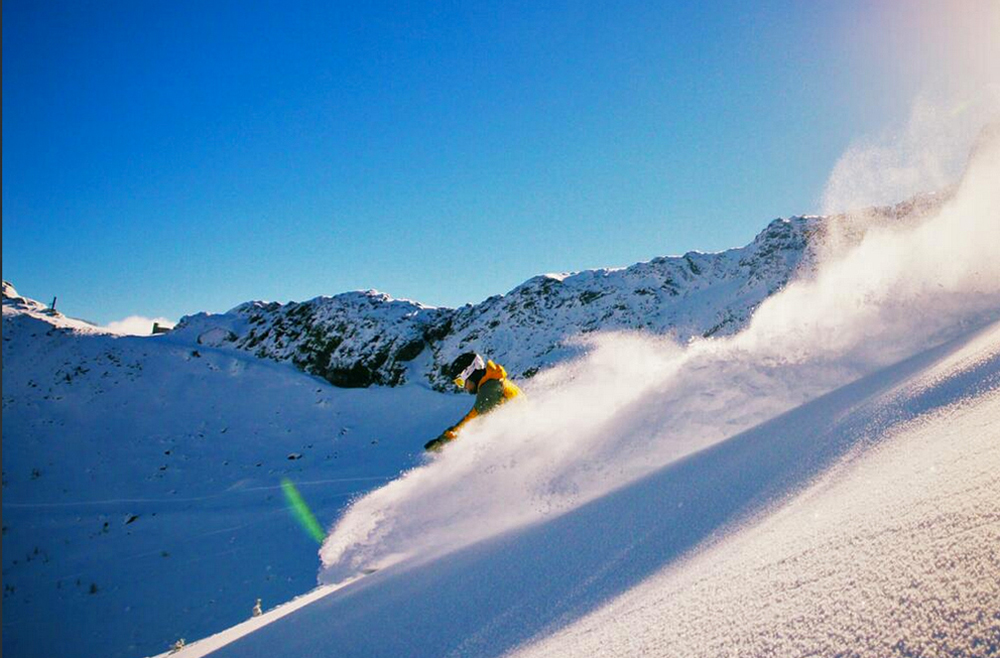 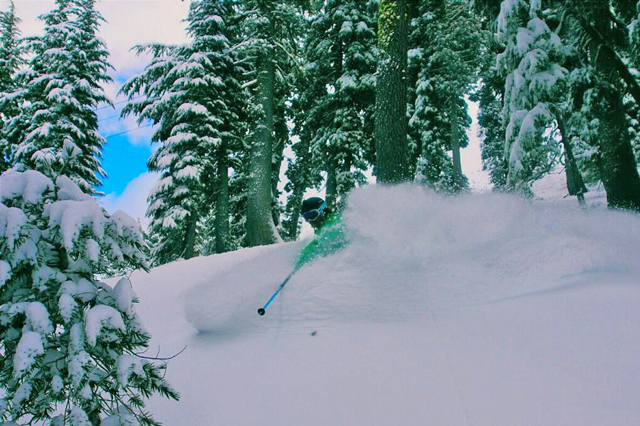 Anyway, there was also powder to be had, and even though the base was scratchy, both Squaw and Alpine dealt a nice hand with what they could. 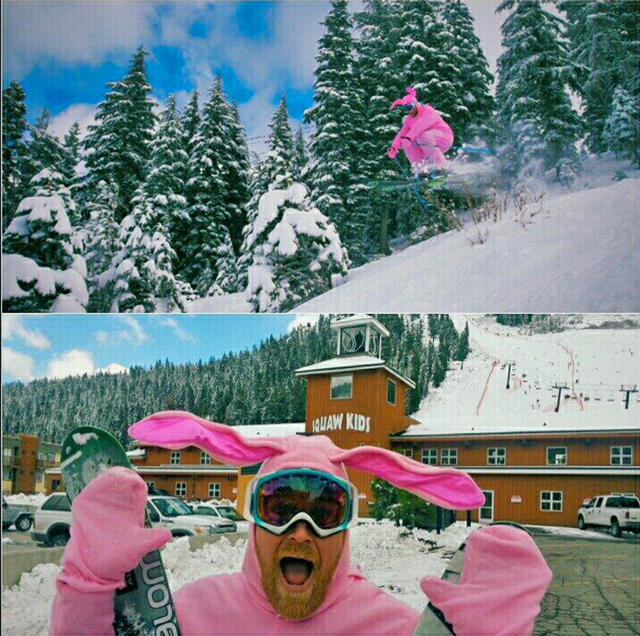 We ripped around with the Squaw Kids, skied and enjoyed a little bluebird depth on both hills, and even found #bigmountainbunny 2.0. Then we took a moment to appreciated Shane McConkey’s influence on the world we enjoy so much, because in one way or another, he’s affected all of us as skiers. 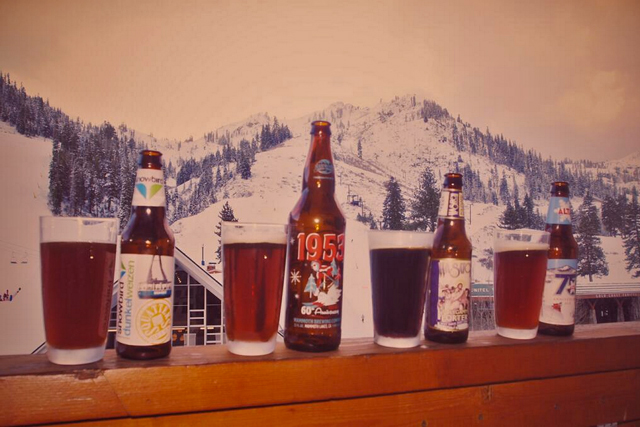 We stayed in the Village at Squaw, which although smaller than the one we’re headed to next in Canada, offered great pizza, sushi, beer (including the various Mountain Collective anniversary ales shown above), relaxation stations in the way of outdoor firepits, and wicked retail scores, clearly displayed by our Swedish sensation, who managed to parlay a sixer of Blue Ribbons into a 40% discount on some new Oakleys. 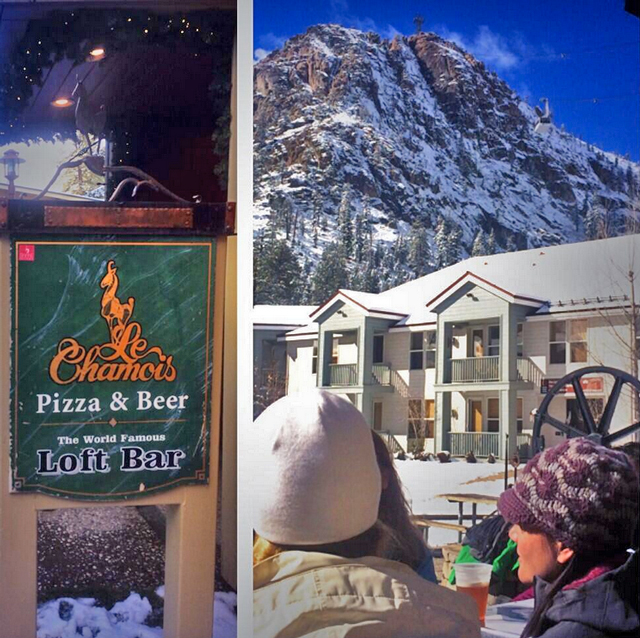 We hit the Chamois (aka "the Chammy"), because you have to when you’re in Squaw, and we stopped in to the Sotheby’s office to look into some local real estate offerings. Safe to say, the average ski bum need not apply…

So since we enjoyed Tahoe, and will likely return in search of a deeper snow pack, but won’t be settling down there in the long term, we headed north.

That’s the Great White North, specifically, and a little town called Whistler. There’s not a ton of snow in the forecast, but Whistler has a way of spreading the goods around, and even dumping the unforeseen. We’re pretty stoked to shred our home hill for a bit, and it’ll be a great way to wrap up the so far massively enjoyable Crowdtrip.

Sling us a challenge or three for Whistler.