Surfing has always been in Teton Gravity Research's blood, from the Jones brothers' upbringing in Cape Cod to our groundbreaking 2006 16mm surf film Shack Therapy, and we're happy to continue that tradition to this day with our highly successful film Proximity. Now, as we finish off 2017, we thought we'd look back at some of our favorite surf stories from the past year. 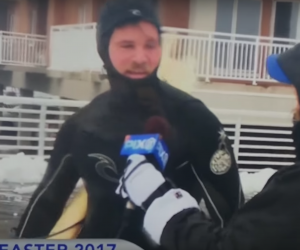 This week's Nor'easter brought all-time storm surfing conditions to New York. Naturally, the crew from local news station PIX11 hit the beach, where they even found a real live surfer! 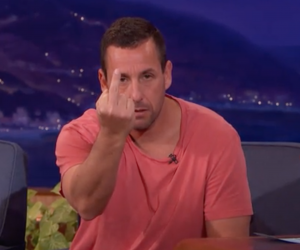 Adam Sandler Was Violently Thrown Off a Wave After Snaking Local

The surf lineup contains many unwritten rules and regulations. The lineup is a pecking order, where even celebrity status does not make one immune to the wrath of an angry surfer. The first and most important of these rules is you don't snake a wave from somebody, especially a local. Billy Madison a.k.a. Adam Sandler did not fully grasp this concept while recently surfing in Malibu. 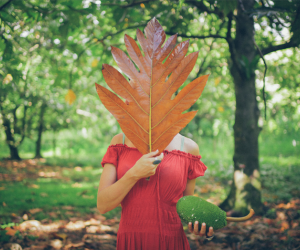 Pro Cyrus Sutton Wants You to Know the Truth About GMOs

Pro surfer and filmmaker Cyrus Sutton is coming out with an important film about GMOs and the future of farming that is worth keeping on your radar. As the global population continues to grow, how to effectively, efficiently and safely provide food for future generations is a topic that concerns everyone. As the film points out, experts warn that we'll have to grow as much food in the next 35 years as we've grown in all of human history to sustain our planet. Now that's a lot of food! 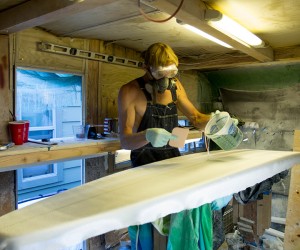 Shaping surfboards is a special activity. Unlike the construction of so much of our gear, giving birth to one of those shiny obelisks of foam and fiberglass is very attainable—even for dirtbags. The materials are relatively straightforward. The tools are rudimentary. The feeling that comes with riding your own board—one you’ve sweated over or been burned over—is complex and enthralling. 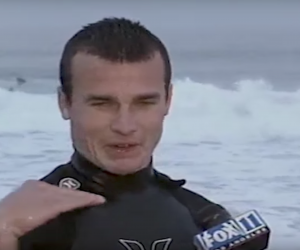 Kid From 'Get Pitted' Viral Video Has Grown Up

Back in 2002, Micah Peasley gave the most memorable interview about a big surf day. The "get pitted" surfer would go viral before that was a thing and has been forever immortalized by the Internet. A local Fox affiliate went to check up on Peasley 15 years later. The surfer is doing well and is married now with one child. He admits that his interview was complete fiction, a caricature of a surfer. Either way, we are glad he is doing well so many years later. 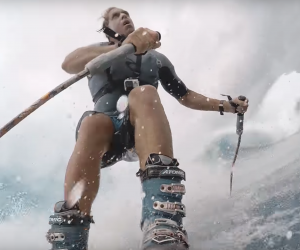 You can argue mountains come in all different types of forms. From the jagged rocky peaks of the Tetons to the rolling lush Green Mountains of Vermont, each range has a distinct feel. You probably would not think of the world-famous Jaws as a mountain, but fortunately for us, Chuck Patterson thought the infamous right could use a pair of skis. In this video from GoPro Patterson fearlessly carves this mountain of water showing that you can find mountains in the middle of the ocean. 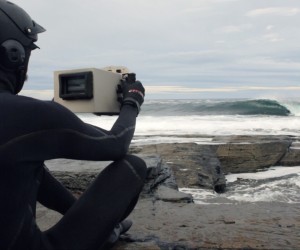 "The Director" Chronicles the Making of 'Proximity' 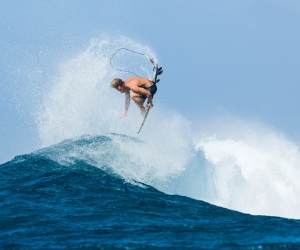 Are John John Florence and Kelly Slater the Best Pairing in Sports?

Proximity is a film that pairs surfing’s living legends with today’s most progressive young surfers. The film is directed by award-winning filmmaker Taylor Steele, produced by Teton Gravity Research (TGR) in association with Garage Productions. Proximity will explore the delicate relationship between people, time, and place, showcasing surfing icons from different generations in diverse locations around the world. 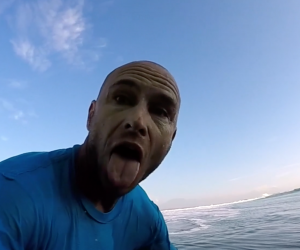 At 10 and 7 years old Jackson and Charlie Dorian, the children of big wave charger Shane Dorian are living a childhood most could only dream of. Long have we enjoyed Shane's exploits on the waves and it seems that he has passed his passion for the water to his children. Their days are filled with barefoot adventures surfing, skating, and swimming with dolphins. At this point, so young in age, both Jackson and Charlie are accomplished renaissance children with the world on notice. Props to Shane for allowing his children to completely indulge in play and allowing them to live such a unique childhood. 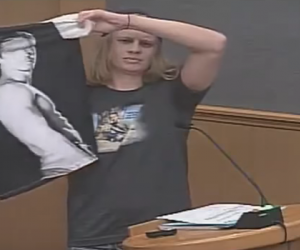 "I stand before you today in the midst of gnarly times." And it only gets better from there.

This video shows two dudes, Chad Kroeger and Bodhi Johnson, speaking up passionately in a San Clemente City Council meeting about their desire to have a 20-foot statue of the late Paul Walker built in their town. We are only 85 percent sure this is real (but 100 percent sure it's hilarious).