Just returned state side after stunting my way through Spain... what a spectacular vacation! If you skate street you know that Barcalona is your mecca, calling you home. It is built up to be Neverland for boarders, and I am here to testify, it delivered nothing less. When I saw the movie Where the Trail Ends, it sparked something in me, a determination to incorporate biking into my travels. Spain offered it all! 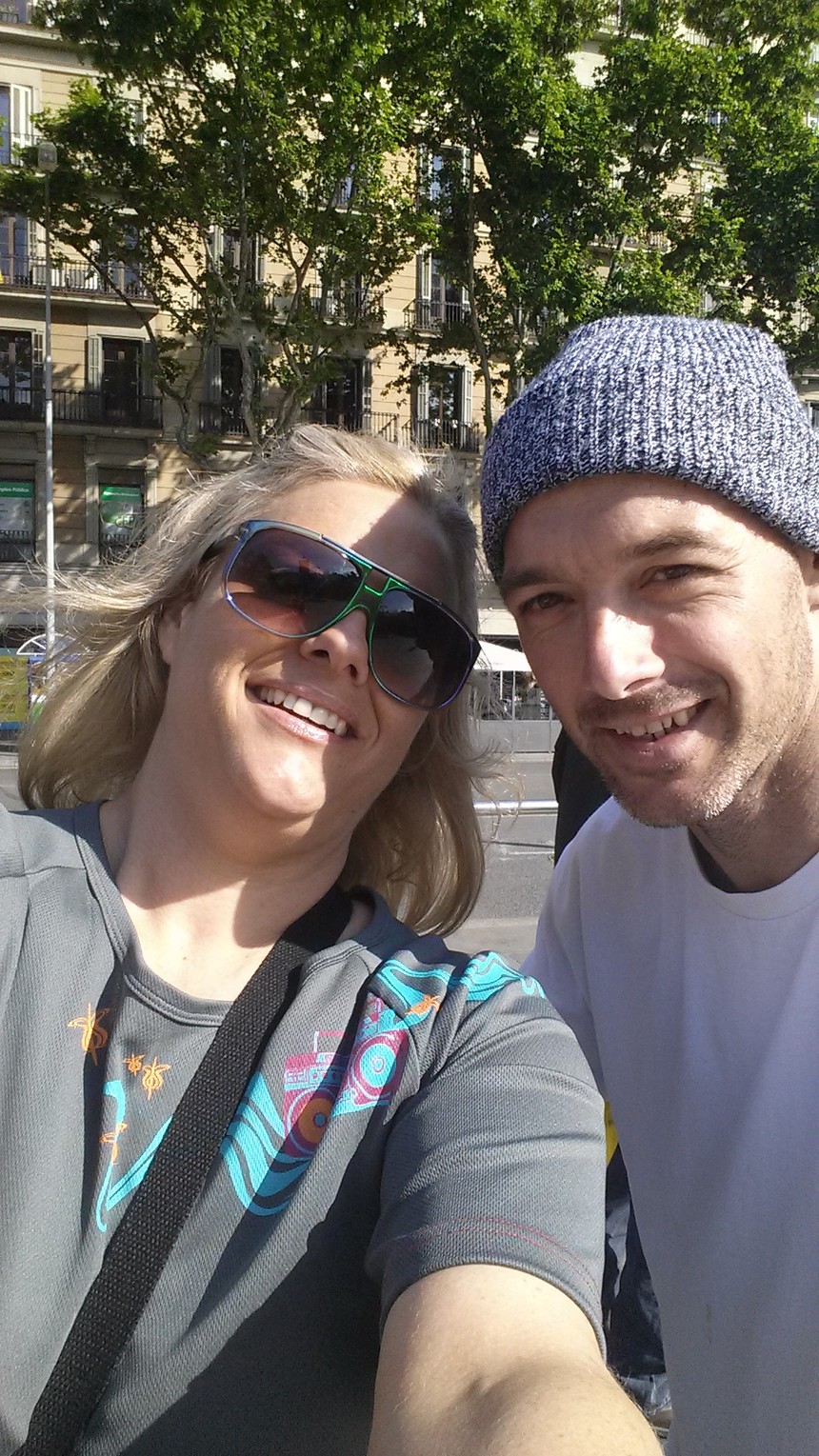 The trip definitely kicked off with a bang as the celebrities were out! Our first day, we spotted pro-Chocolate boarder, Jesus Fernandez, a Barca local. Of course I spoke with him and of course I have a selfie with him, no big deal. Caught Tom Penny in Spain. First siting was at one of my fav spots, the Forum. As I rolled by there I saw folk seshing up the spot we had finished up that morning. I thought we had some rad stuntin going on but it was nothing compared to the swarm of bees taking over the spot. After lunch we saw the same guys in the subway and it turns out to be THE Tom Penny and some fellas with Blue Print out of England. We chatted with Tom and his girlfriend, they had been in town for the Street League contest a few weeks prior and they were headed to Danny Wainright's birthday party, no big deal - chill crew, they were awesome. 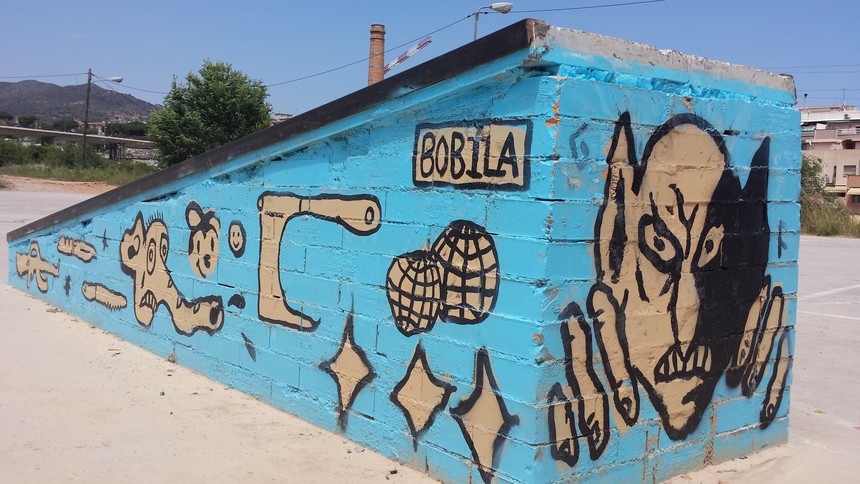 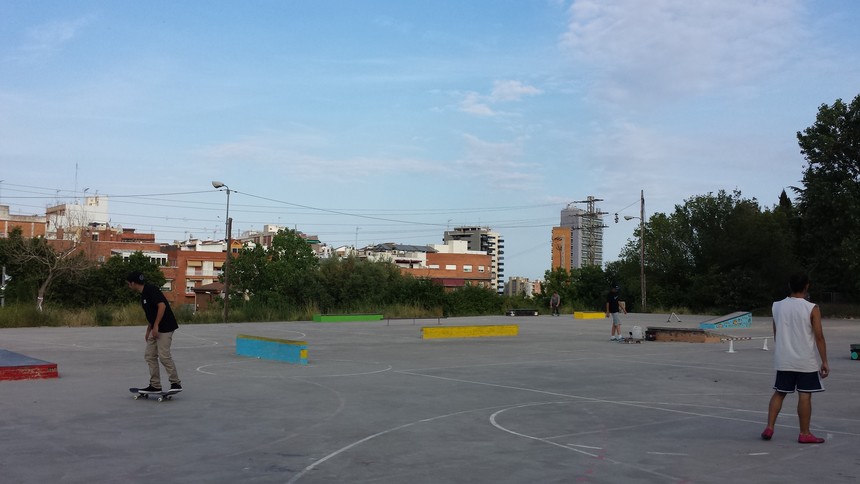 A local took us under his wing the same day, took us to a locals DIY park (Bobila), where they have appropriated elements from other famous skate spots from around Barca. Our second day in Barca will go down as the most epic skate day of all times, we could not have planned such a day even if we tried. 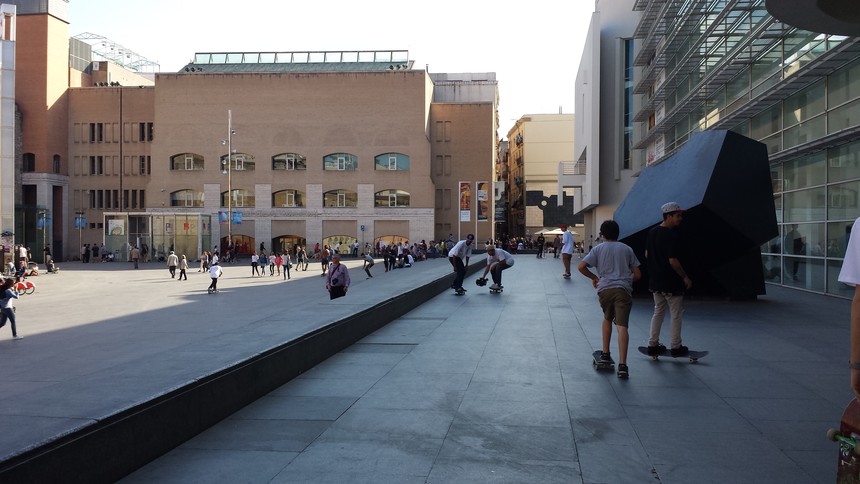 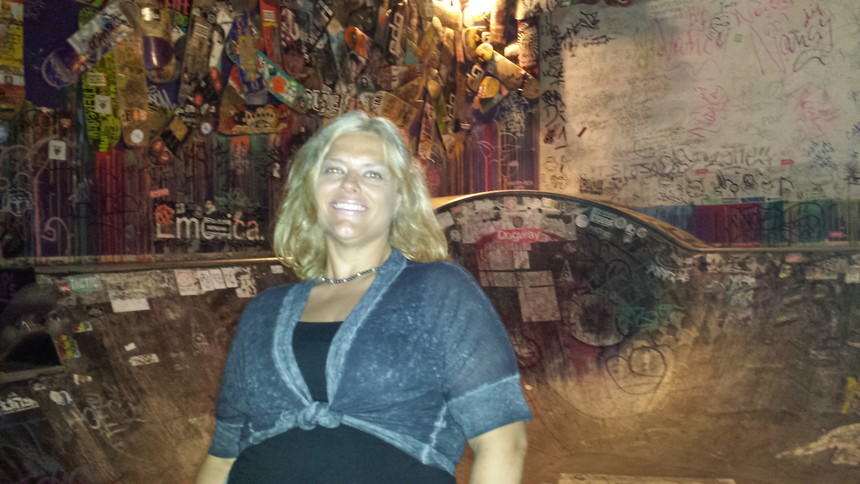 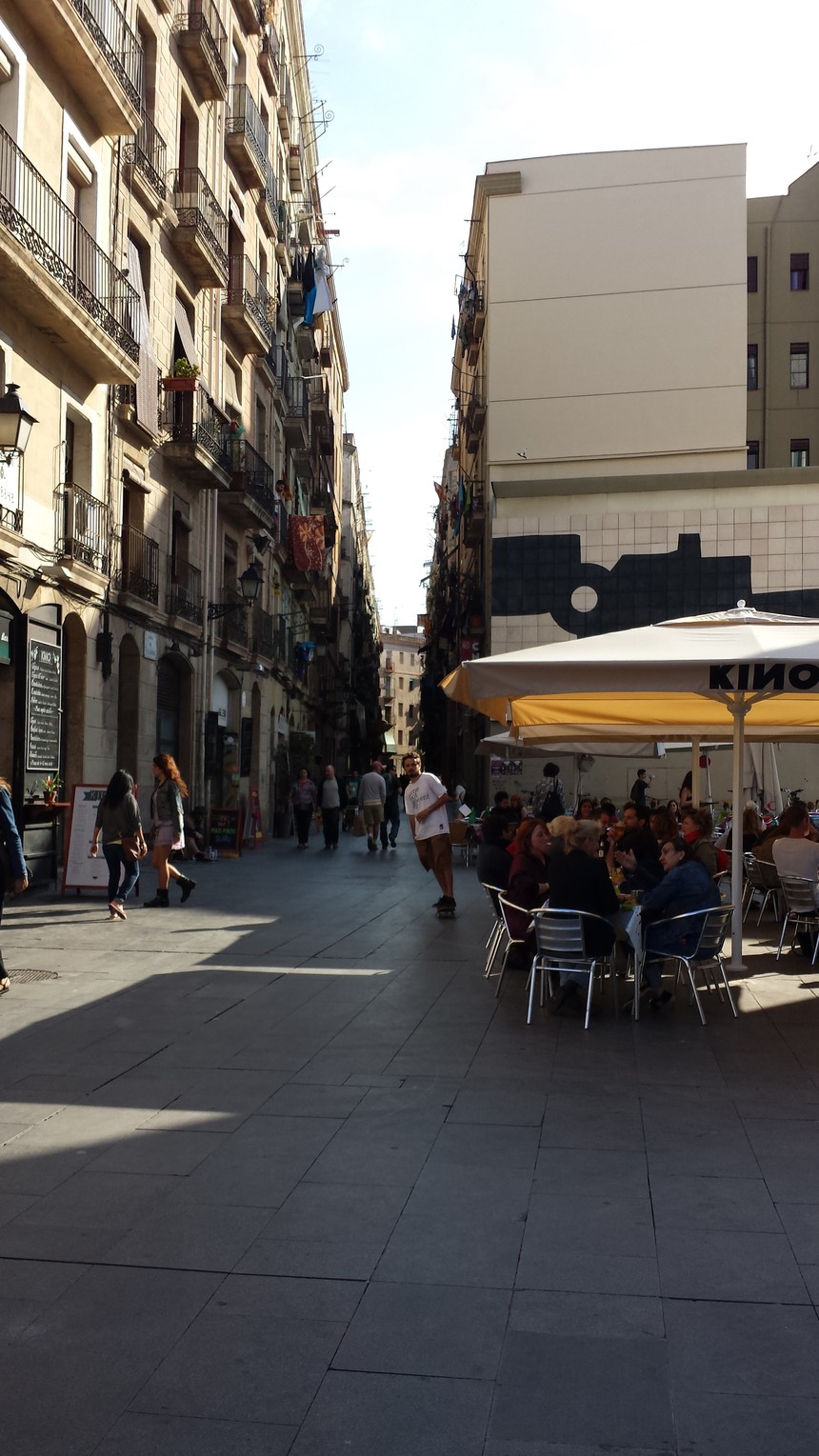 Skating is celebrated in Barca. One of the most famous spots is MACBA with fantastic skate shops and a skate bar flanking the MACBA courtyard. Collective & Rufus skate shops have it going on! The Nevermind bar is a must visit, hit the indoor bowl, listen to 90's grunge/metal from the states, and enjoy 1 euro brews! Visit MACBA late at night, you're welcome. But word to the wise, when the locals scatter when the policia show up, you do to. 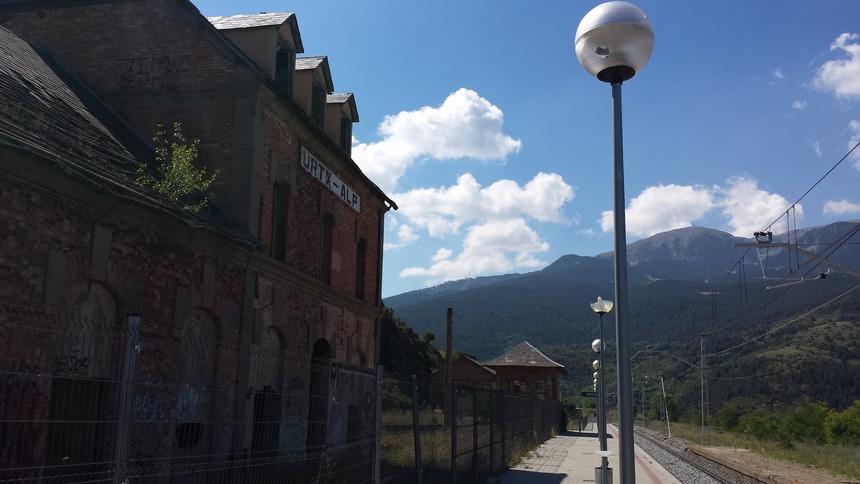 Getting to the Pyrenees took some work but well worth it. We ended up taking a train out of Barca, roundtrip was only 24 euro a person. When we arrived at the Alp train station we were a bit taken back, just plopped us at a condemned station where we could see from the mountain top stop we were away from civilization. Good thing we had our boards, we cruised down the switchbacks for 2 miles into town. 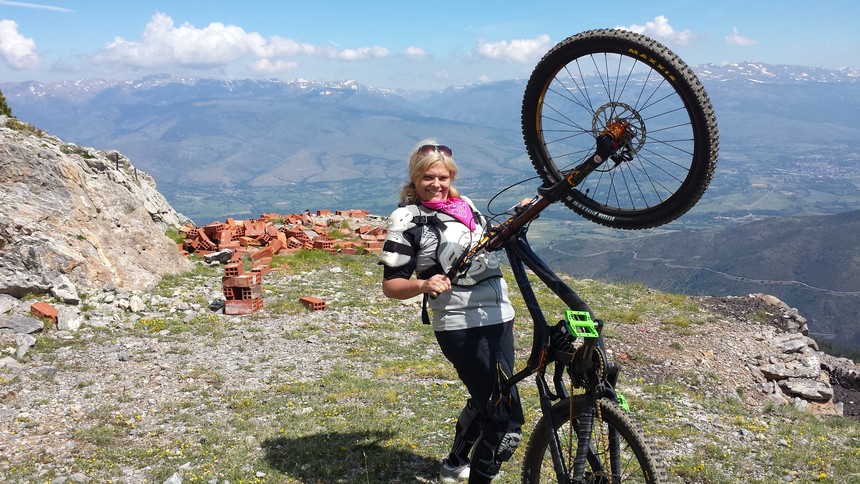 Bike rentals were amazing. We went with Rumble Bikes, just outside La Molina Park. They rented us fresh out of the crate NS Bikes, gnar gnar! It was opening day and just a few feet behind us in the lift line were none other than Andreu Lacondeguy and Kurt Sorge, the Kings of Downhill. It was then I knew, we were definitely in the right place at the right time. The views were breathtaking from the top of the lifts and the trails were very well designed with some incredible flow and plenty of jumps and drops to get the adrenaline levels up there. The line I chose to sesh included a drop section with 3-4' drops tightly clustered at the top of the hill and then there were corkscrew-type banks in succession at the bottom of the hill, with lots of narrow single track through the trees serving up all the favs - jumps, drops, rooty sections - a pretty line indeed. 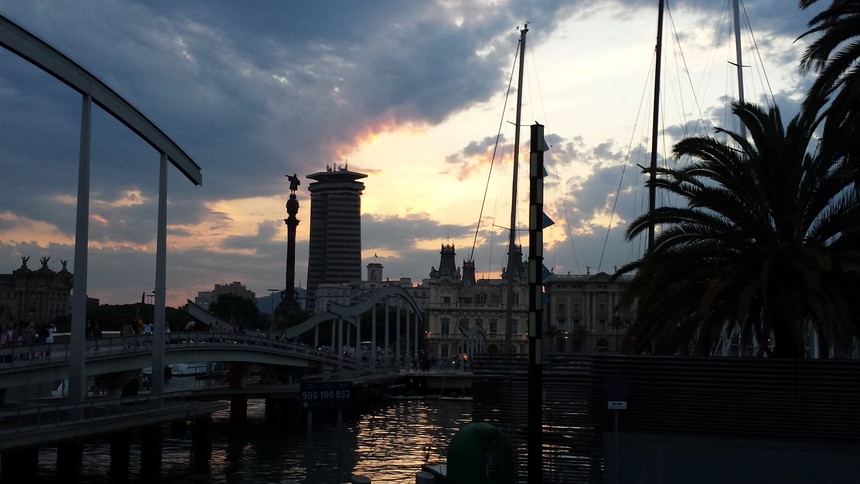 I have come down with a case of Barca Blues. My thoughts drift to the bakeries serving up the tastiest fresh goods. I miss my cafe con leche. I miss heading down to the clothing optional beaches. I miss jumping on the subway and exploring the city through chasing down famous street skate spots. I miss the pace of life, where staying up late, paella, and sangrias are being served on the daily in all the Barca plazas. I will treasure these memories, todos las dias.

Check out a few more of the trip pics: Stuntin In Spain