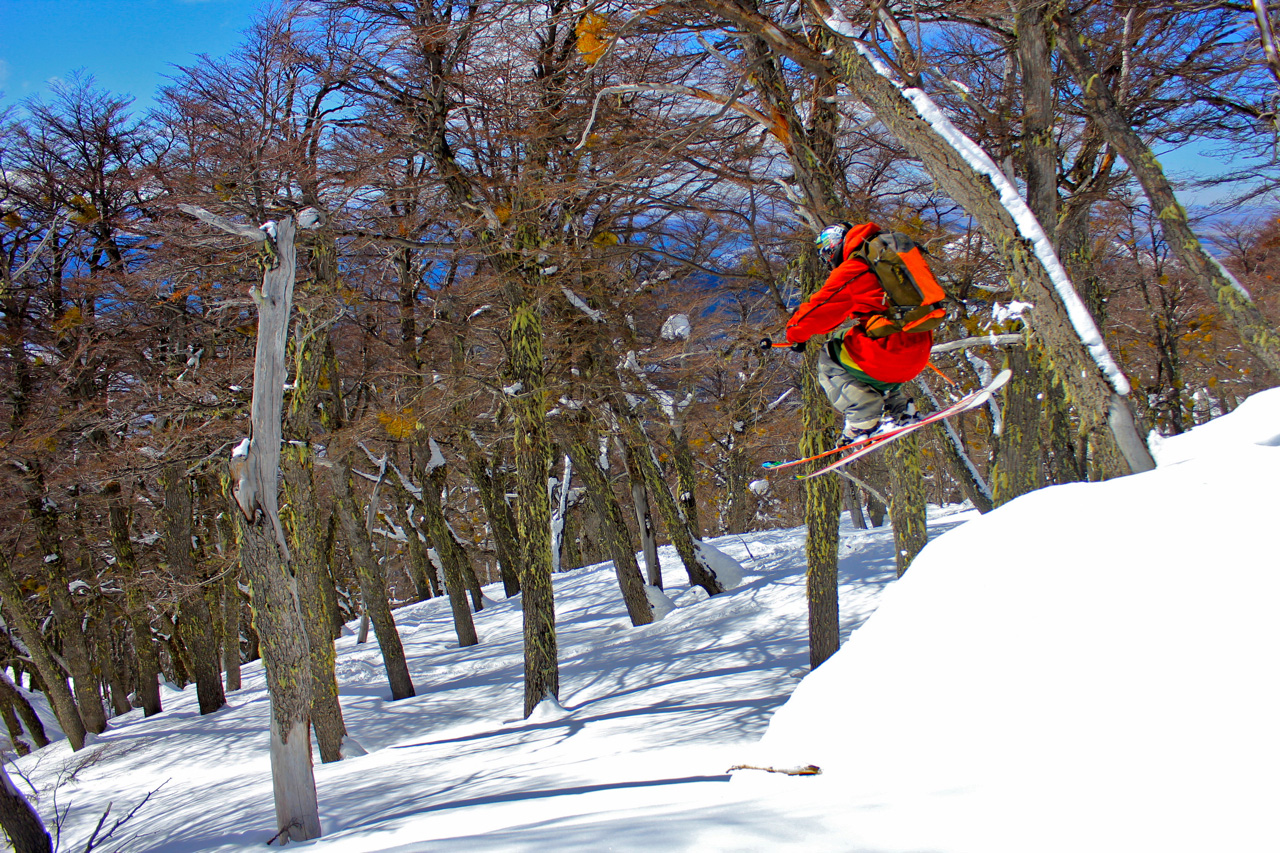 It’s that time of year again. It’s when we watch the local snowpack fade away, taking with it the memories of the season. Lucky kids start flocking to glacier camps at Mount Hood and Whistler. And webcams start showing evidence of the beginning of the South American ski season, causing the unsatisfied among us to begin researching credit cards with airmiles rewards and to start looking at our calendars and bank accounts. It’s a scenario I’ve found myself summer after summer, and with some good luck, was one I was finally able to act on. At random, on a surf check at a frozen New Hampshire beach, I met the owners of what was then South America Snow Sessions, and within three days had a sales job and my sights set on Argentina.

An unhealthy amount of exuberance led me to believe I could ski every single month of that year despite being based out of New England, and come June I found myself at the base of Tuckerman’s Ravine with a broken ankle, grimacing in pain at the bottom of the last landing strip of snow in the pouring rain. I still made the trip to our backcountry ski camp in Bariloche, Argentina, but the ankle boot never came off during that first trip, and I was left manning the office and watching the flakes pile up outside.

The year after that and after some internal troubles, a new company under the name of SASS Global Travel was formed, I found myself running all the marketing, and most importantly, I was back on the plane down south with two healthy ankles and a long hit list. The skiing at Cerro Catedral, our home base, was everything I’d dreamed about. Perfectly spaced trees with nary a track, even by mid-afternoon, allowed for fall-line GS turns and mountain bike lines over and off of fallen trees. Alpine bowls accessed from a quick hike that kept most of the locals and all the Brazilians at bay offered easy access to as much powder and as many drops as you wanted. One day we spent eight hours skiing and traversing the entire Van Titter valley behind the resort. We saw a total of three other people. And the partying, women, and red meat are reasons to go in and of themselves. 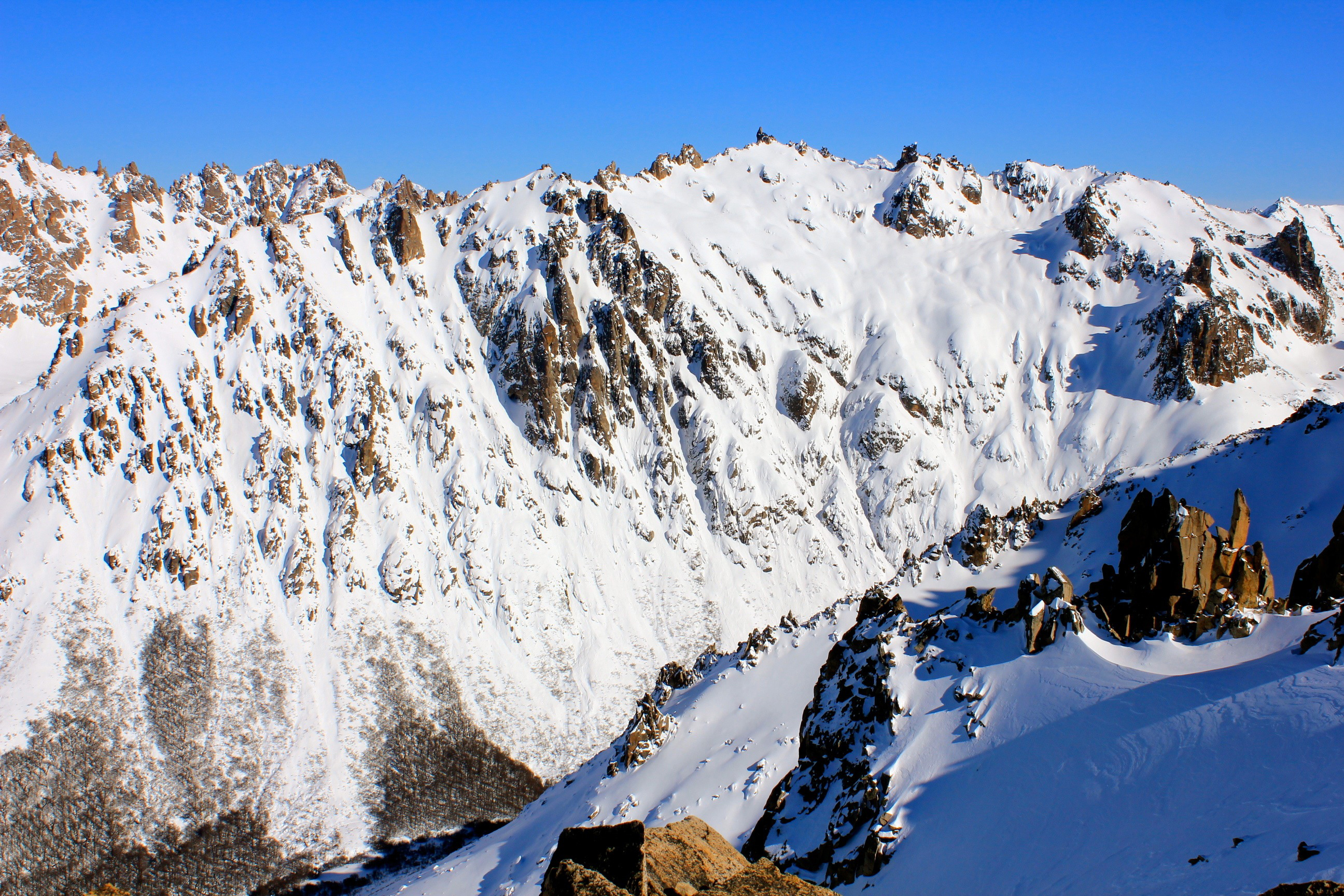 But this year, in a move that will seem apocryphal to any of you, I turned down a free trip back to Argentina. I could be looking forward to another season of unreal terrain with amazing friends and life-changing experiences, but I chose not to go. As that dream had been realized, my mind turned to focus on the next life goal, which is to use what talents I have to advance the cause of environmental and social sustainability, whatever that means. I told myself that I could go on as many South American adventures as I wanted to, but they wouldn’t get me much closer to realizing a more fundamental, life-long goal I knew I’d need to satisfy to be truly happy with my life.

But YOU SHOULD GO. Whether it’s with SGT, which I recommend, or not, the South American skiing experience is like no other. It’s short. It’s punchy and can go from shit, to good, to great, to shit, faster than you can order a Quilmes. You cannot see a storm on the horizon for a week, but get fresh tracks everyday thanks to the Andes’ steady winds. It can snow every three days for a month. You can be grinning staring at all the blower out of the gondola window, and then saying your last prayers as gale-force winds blow your thirty-year-old pod with a partly open door sideways. It can snow four feet at the base, and the local government might only have one snowplow. You can shred pow all day, and then walk into a Reef bikini contest at the base area with free Coronas. You will feel like a true explorer like you’ve never felt on snow, as you’ll very likely be the only ones hiking off the trail with a backcountry kit. Or powder skis. Above all, it will in no way resemble any other experience you’ve had on snow.

I’ve had my amazing experiences and memories in South America that will last a lifetime, and I don’t doubt I’ll be back for more at some point down the road. But for both of our sakes, please go south this summer. Just go. You can thank me in the fall. 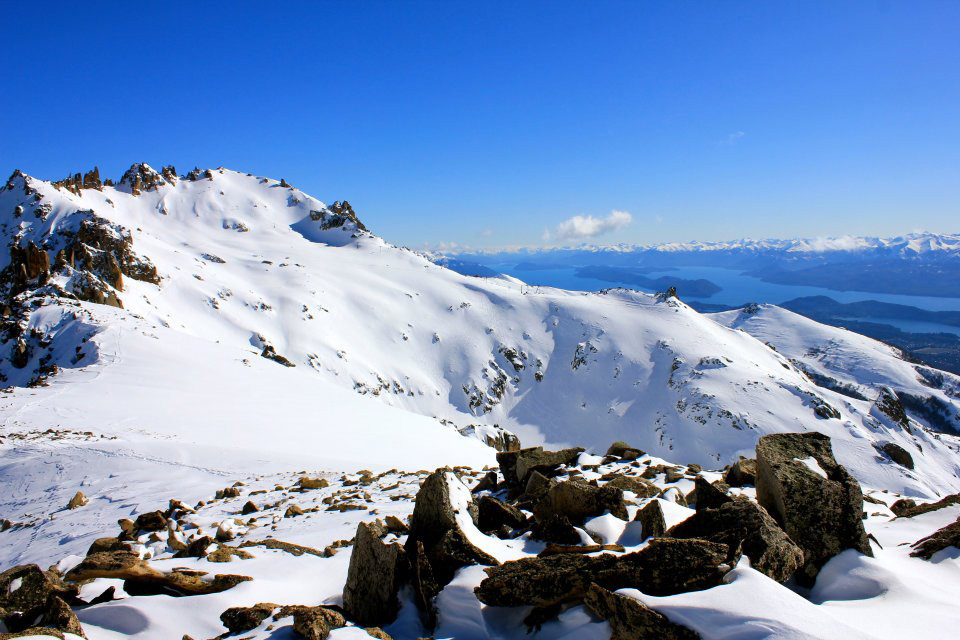 You could be shredding here in a couple of months. La Laguna, Cerro Catedral, Argentina. Photo by Ryan Dunfee.