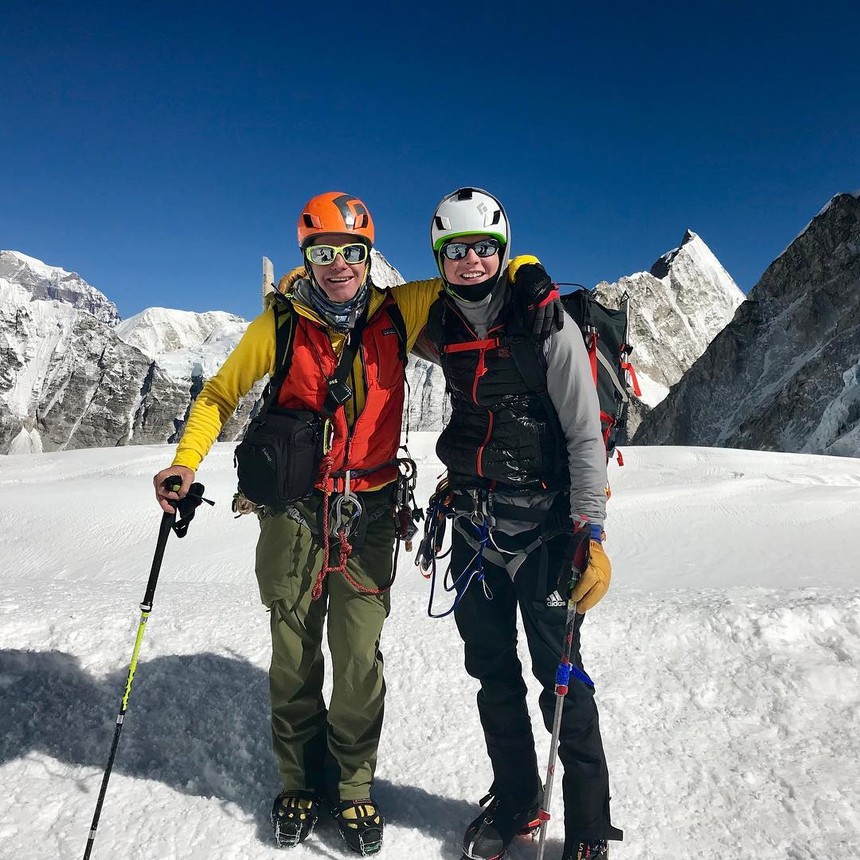 Benegas (left) and Moniz (right) are in hot water after Nepal's Department of Tourism found out the duo skied without permission on Mount Everest. Facebook photo.

Two mountaineers who are participating in a study with the National Aeronautic and Space Administration (NASA) on Mount Everest have run afoul of the Nepalese government, after it was revealed they illegally skied on the tallest peak on Earth.

According to The Himalayan Times adventurers Willie Benegas and Matt Moniz could potentially be banned from Mount Everest for as long as 10 years by Nepal's Department of Tourism after Tourism officials found out the duo skied from Camp III to Camp II on Everest without attaining the proper permits to do so.

Per Science, the two mountaineers are currently on Everest to recreate NASA's highly publicized twin study, in which the genomic sequencing of astronaut Scott Kelly's white blood cells were compared to that present in the white blood cells of his earthbound identical twin after Kelly spent months in outer space. That study observed how Kelly experienced changes in the expressions of thousands of different genes related to everything from Kelly's immune function to bone repair compared to the gene expression of his identical twin.

For the new study, Kaylee Moniz and Damian Benegas–the twins of Willie and Matt–are remaining at sea level while their counterparts spend time on Everest, so that their genomic expressions can be used as controls for the study. It remains to be seen what penalties the Nepalese government might levy against the Willie and Matt while they remain on Everest.