Searching For Sero: How Andrea Hamilton Lost Weight, And Fear, On A Bike 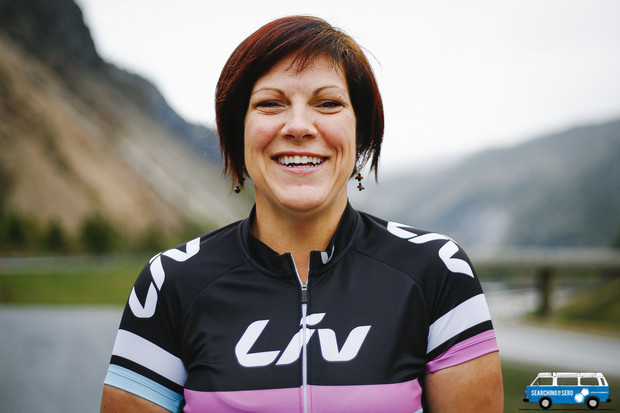 One could think from first chatting with Andrea Hamilton, from Corner Brook, Newfoundland, that her story is just like many of our own: of the endurance and determination to lose weight, and inspire more to do so as well. It is more than that. Her’s is the story of a vibrant lady who has learnt to love herself in order to better herself.

A few years back, Andrea was on the heavy side. Life had taught her to carry in pounds the misery she was hiding from others.

While in the workplace, people would say that I was the most happy, positive person you would ever meet,” she says. “Inside I wasn’t living that. I was the most miserable person ever.

One night, during a wedding she was attending as a guest, she felt so uncomfortable and unhappy she couldn’t even find in herself the joy to celebrate. That night she realized something had to change or she was not going to make it. 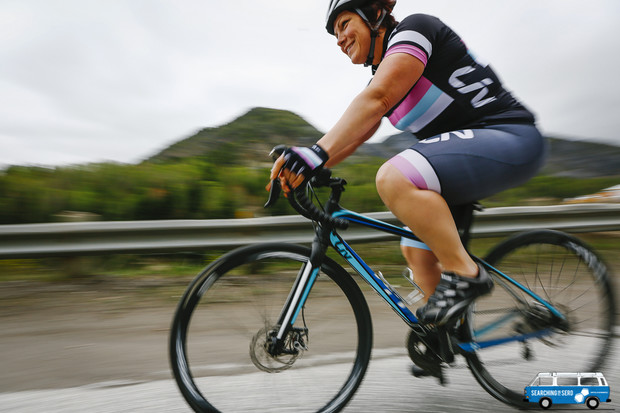 That’s horrible for me to realize how dangerously close I was even then to just ending it all. I even thought that if I ended it, my children would be better off.

Andrea says she couldn’t live like this anymore. She took it upon herself to make drastic life changes which included healthy eating, exercise and weight loss. She started a Biggest Loser Challenge in the Admin class she taught. Within a year, she had lost around 70 pounds.

I started walking, because that’s all I could do, but then I felt pressed for time. I figured if I had to walk 10k, it would be way faster if I could run instead, and so I started running. Then I realized I couldn’t run everyday and having an addictive mentality I knew I had to do something everyday in order to stick with it. That’s how I started biking. 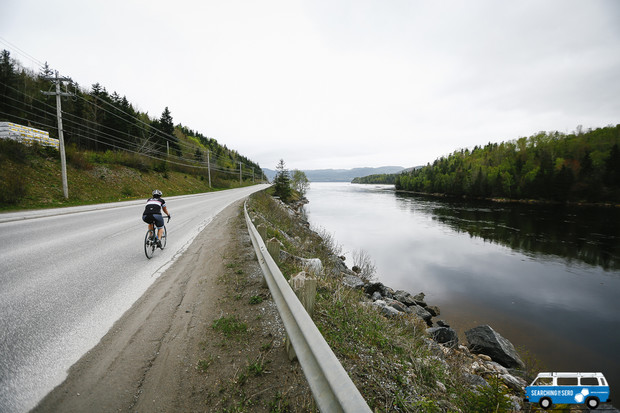 She felt insecure when she first started biking.

I was terrified. I thought to myself, Oh my God, I’m almost 40, I’m 260 pounds, I’m gonna get on this bike with these little tiny wheels. Come on!

She bought a second-hand bike from Kijiji and would set out at 6 AM to make sure there was no one on the road because she felt so embarrassed. If a car came, she would stop and stand.

In my distorted self-hatred mode, I figured nobody wanted to see how awful that looks.

Despite her struggles and lack of confidence, she held on. Andrea says fear is just a waste and started a Facebook page to share her experiences and help others. It also served the purpose of keeping her focused, motivated and accountable. All the work paid off. Andrea attained her goals. She was in better health, fit, eating well and exercising regularly. 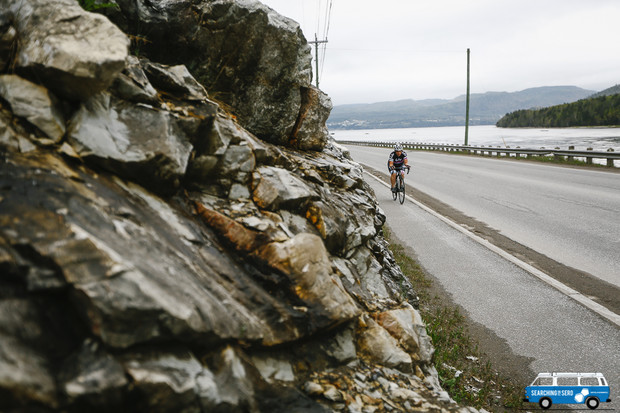 Sometimes though, when you think you are doing well, the smallest little things will pull the rug right from under you. That’s what happened to Andrea. The number on the scale kept going down, she was meeting and even exceeding her goals but the struggles were far from being over. Her old demons were not far behind.

I hit a wall. When I turned 40, I became the most depressed I had ever been. Even though I had accomplished what many would say is a monumental thing, I felt worse. I was only focussing on the negative things and beating myself over and over about them.

It was easy at first to feel better as she was attaining the goals she had set for herself but the negative thinking patterns were still making their way into her head.

I was a food addict. I don’t think you can be 300 pounds and not be a food addict. I was a smoker as well so I had to change that too. I had those two addicting things under control but then drinking became a problem. So I quit drinking. I was just cycling from one addiction to another. For a while, even exercising became a problem, but all those things were masking the real issue. The real issue was that I wasn’t worth feeling good. I didn’t feel that I deserved happiness. 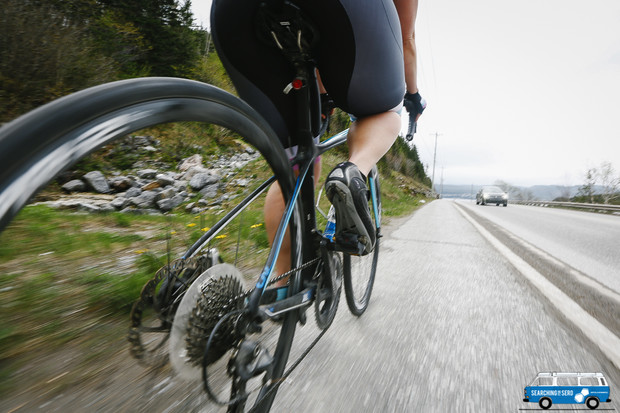 With the love of her family and friends and being able to trust that she was capable of overcoming that period, Andrea set on a path to heal her soul.

It wasn’t until I realized that happiness is not something that you find but something that just got to be. No matter what your situation is. It’s working towards better but not putting so much pressure on yourself. It’s being gentle when you do make mistakes. It’s trying to find the things in your life that are taking away from your joy. But mostly it’s believing you deserve to be happy.

Today Andrea is on a better path. Although she still sometimes finds herself trapped in negative thinking patterns, she knows better than to listen to them. She surrounds herself with love, kindness and happy moments and tries to practice being present in the moment in order to better appreciate what she has. She keeps the active lifestyle because it is part of her balance but works less on athletic performances and more on enjoying herself. 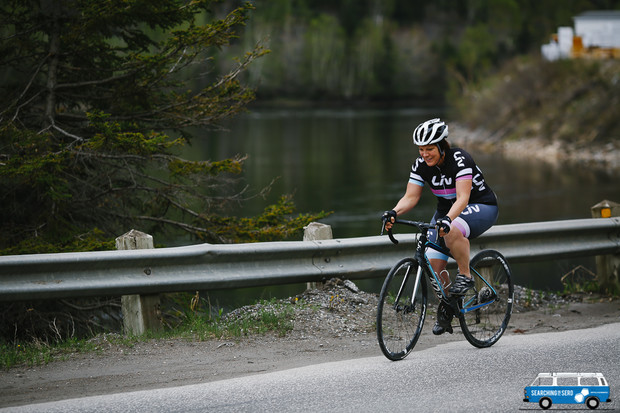 The only time I’m not worrying about anything is when I’m running. When I’m running, I’m not thinking about anything. it’s just me and the road. When I’m biking it’s different. I’m thinking about this warm fuzzy love stuff and happy memories. When you are out on your bike and all of a sudden, you go through this patch of warmer air and it smells like the flowers from the side of the road. How could you not have happiness from that?

Don’t you want to smell the wild flowers too? 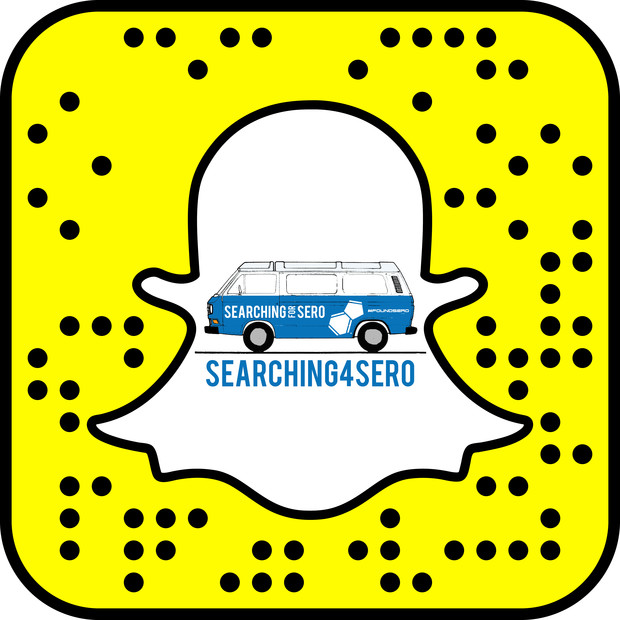