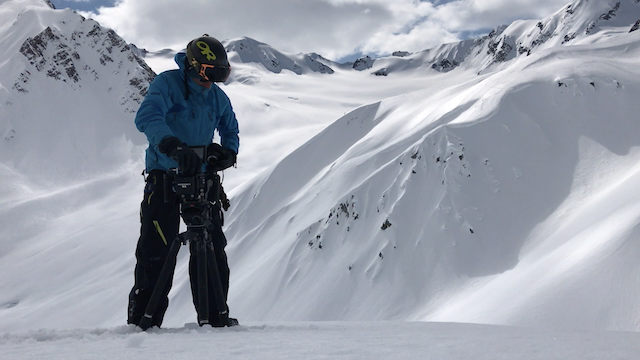 Five minutes–that's how long Sam Giffin estimates he was buried under an avalanche field when he was caught up in a slide at the Elf Chutes in the Mount Baker backcountry in 2006.

And while five minutes may not seem like a long time, when avalanche suffocation rates skyrocket after a victim is buried for around 30 minutes, it can seem like a lifetime. Though Giffin was successfully extricated from that slide with nothing more than a torn ACL, he emerged from those five minutes in the avalanche field with one abundantly clear takeaway: The ski industry was not safe.

Giffin had grown up with his brothers Zack and Jeff sharing a mutual goal to one day become professional skiers. Giffin gravitated to filming he and his brother's antics and following the slide, a suspicion that had been creeping into the back of his mind became crystallized: People were pushing the limits too far to try and get killer shots. Basic rules of safety were being ignored, lines were being crossed and "Kodak courage" was clouding the judgments of those in the industry. 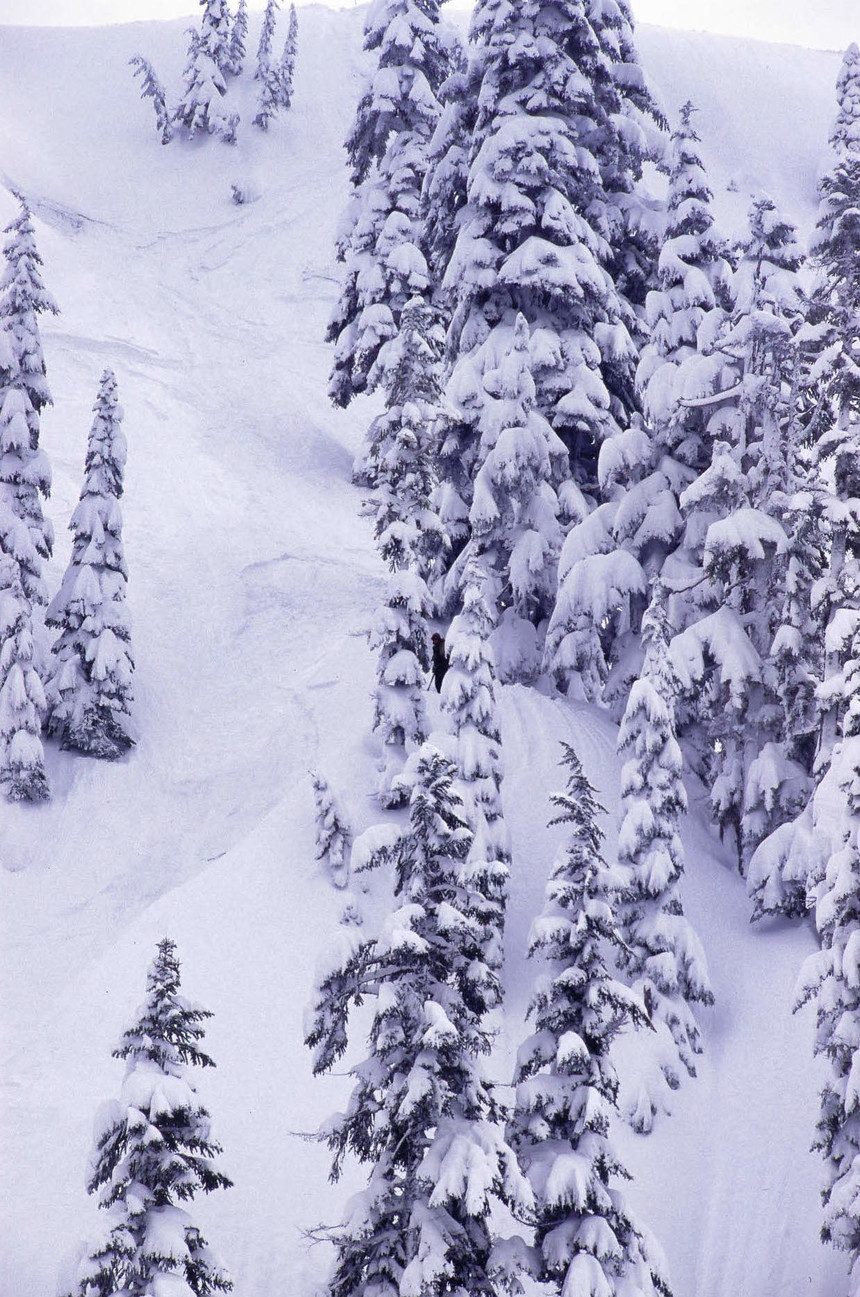 The aftermath of the slide that changed Giffin's career path. Sam Giffin photo.

Giffin spent over a decade away moving away from ski filming, exploring his filmmaking passion. But, eventually, the itch came calling again, and he returned to ski filming to shoot his brother hitting Alaskan spines, but did so on his own terms, as part of his newly released "Kodak Courage" which Giffin hopes will help illuminate the topic of safety in ski filming.

We got on the horn with Giffin and his brother to ask about the project.

TGR: Zack, can you talk about Sam's decision to delineate from chasing the pro skiing dream?

ZG: You know it definitely as a detachment from our paths, but given what he went through it was an understandable shift in priority.

Obviously, I was happy Sam found another passion and came to the decision filmmaking was his true passion, but I do feel like there was an identity we had built in the industry making films and being rad together on snow, and it was a bit sad for me as he was distancing himself from that identity he had built.

It all kinda put me at odds with my family, because they saw what pursuing skiing almost did to him, so I had to convince myself I was 100 percent comfortable with the risk to keep on the path I was on. Ultimately, it worked out, but the truth is I'm not the most radical skier. I'm fairly calculated and pretty old. Even with that, it doesn't matter who you are: On any ski trip I've ever been on, there are people who have really put themselves at major risk for a long time.

Did Sam stepping away from skiing almost make it feel like a selfish pursuit to you?

ZG: I don't know if I'd say selfish, but there's a very common tendency to feel–when we are young and single–that your life is your own to gamble with. There's a tendency to not be realistic about the ripple effects that your potential passing would have on those that surround you. It only takes having witnessed a tragedy in a community to realize how wrong that is. 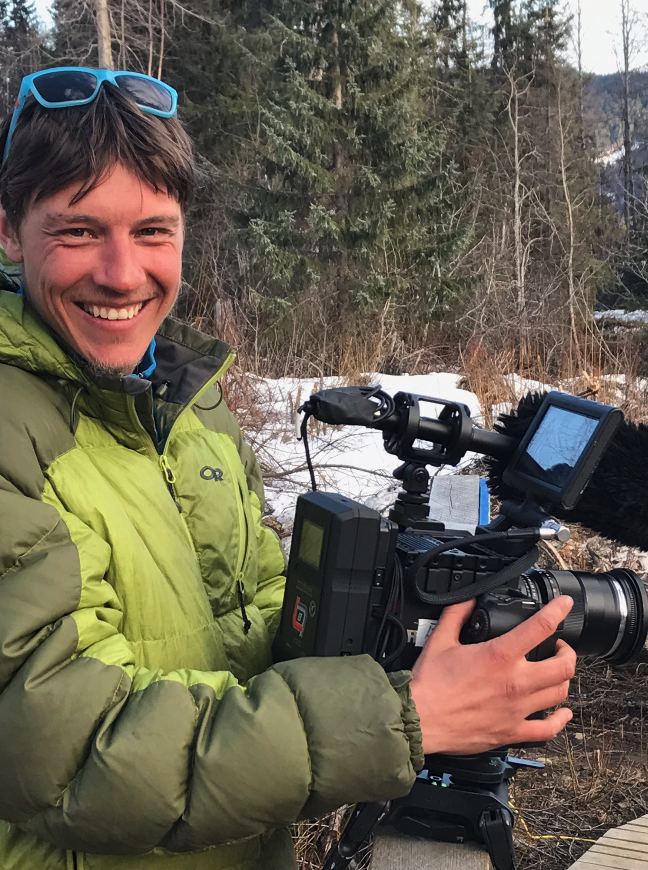 When someone dies, the saddest part often times is that ripple effect. It puts families through hell. I saw it at a young age when a good friend passed away at an untimely age. It tore his friends and family apart.

I was always aware of that fact when I was out filming and I was making calculated decisions on what was safe and what wasn't, I was jeopardizing the future happiness of my family. I haven't shied away from that reality. But I feel like even with me there's a tendency not to admit the true gravity of what we as pro skiers are doing, and I think Sam's departure from ski filming illuminated that.

And let's be clear, the reason Sam came back to film this movie is because he wants safety to be at the forefront of everything we do in the industry moving forward. The unfortunate reality is it's kinda hard to make a ski film if that's your position.

Sam, people talk about the five stages of grief after someone experiences a tragedy. How did you go about coming to grips with your decision?

SG: That can be tough to summarize.

I would say, I got in that slide and we had a family calling that this was too ridiculous what we’re trying to do, and I think, you know, some of that trauma from the slide gave me a lot of negative energy or bitterness towards the whole pro skiing dream we were chasing.

But while I had been maybe trending away from ski filming, I would say the slide and fallout thereafter really made me resent just the act of skiing and getting shots itself. I started seeing many of my heroes lose their lives in pursuit of it. I went from being inspired by skiing to slowly growing more anxious about it and it's been hard to watch my brother continue to pursue it–it’s led to real tension between us.

ZB: As far as the five stages of grief, one is denial, and I saw this denial in Sam of this path we had been going on. It was a very quick shift in perspective that ski filming was something valid and worth pursuing.

But you still made films that focused on the outdoors, right Sam?

SG: I did, but I've found a conflict in the ski industry in that there's very rarely major storylines in skiing. I wanted ski movies to have more story, and I struggled to find a way to make a story about the sport that doesn't include people getting close to the edge of death to help create drama. Even the documentaries like Meru that get into Sundance deal with trauma and the family experience.

ZG: It's a bit of a catch-22: You become aware of that inherent risk, but that risk is key to that storyline.

SG: And unfortunately, all of my films have that storyline in there: it's the most real and heaviest thing to work with. 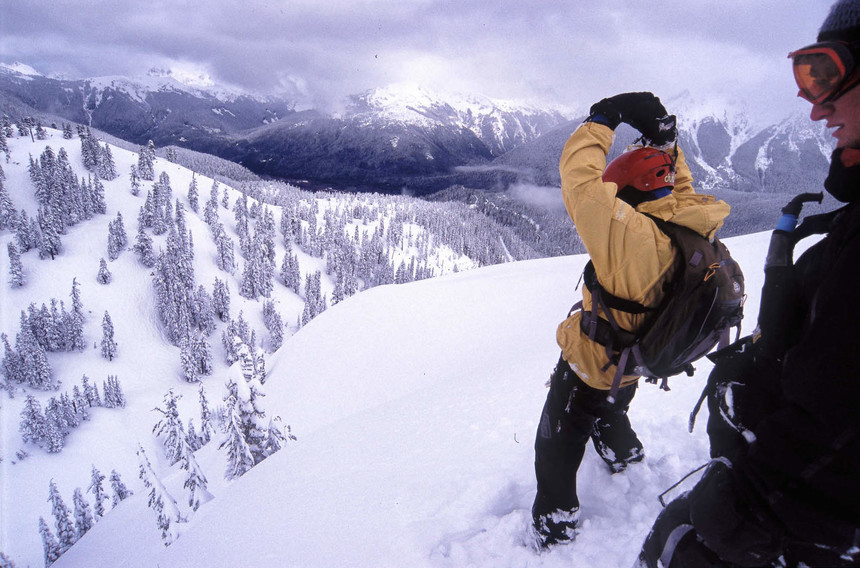 Giffin and crew filming before the slide that almost took his life. Sam Giffin photo.

So what were you two looking to accomplish with Kodak Courage?

ZG: The film is about the resistance to wanting to film people taking risk. It’s about the desire to not encourage people to take risks just to make money. It's about how you try to mitigate the roll your camera plays in someone else's decision to potentially kill themselves.

SG: Well, if it could help anybody avoid getting in an avalanche or maybe help someone struggling with the same thing I’ve struggled with–the feeling that we're pushing it too far for the camera–then I think it will have been successful.

You know, I hope it reaches a lot of people. Zack and I would love if it did, and started some conversations, so people are communicating on this stuff. And to be clear, I don't want ski filming to go away. It's okay to be taking risks. I just want people to be forthcoming about the risks they're taking and be honest about the gravity of those decisions.

ZG: Sam has always been in my life to remind me this skiing thing is something heavy and I am gambling something beyond just me. I hope this films has that same effect on others.

So what's the biggest takeaway you hope a viewer has after watching it?

SG: I want people to see that there are family members who have suffered because of other family members' pursuit of fame and glory. I want people to know it's a common thing. I want you to know that the next time you see a pro skier on the cover of a magazine or grabbing the ender of some new film, they have a whole network of friends and family members shitting their pants every time that person is on a trip.

I hope people watch the film and just think about it.