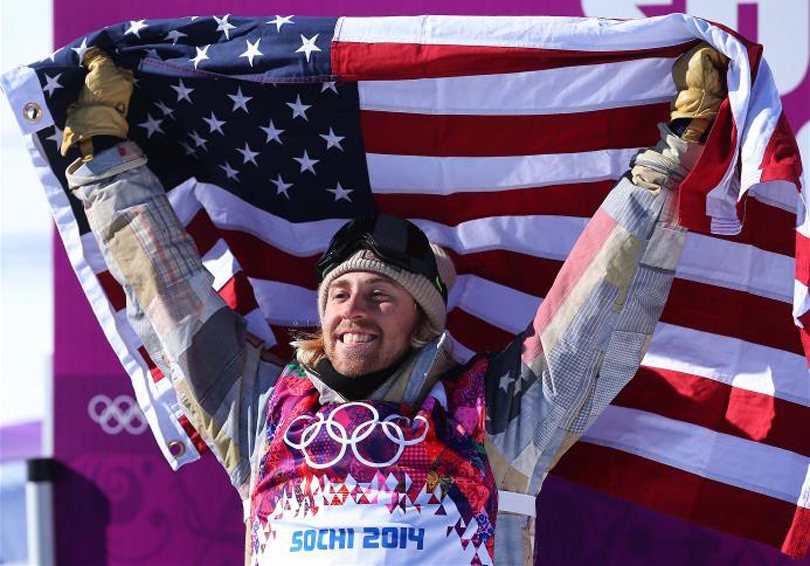 Park City native Sage Kotsenburg is both the first gold medalist ever in Olympic slopestyle and, fittingly enough, 'Merica's first gold medal at Sochi. The 20 year old, a favorite among the core American snowboard audience with his spontaneous and style-heavy runs, still managed to spin to win, finishing his run with backside 1620 Japan - a trick with so many spins in it it will take USA Today at least a week to figure out how to put in infographic together to incorrectly portray it.

The rest of his run was highlighted by a half-cab layback tail press 180 out on the last feature of the rail section and a cab double cork 1260 holy crail grab. The run, which managed to have only one double cork and no triples, scored a 93.50, pushing the American past silver medalist Stale Sandbech and putting another competitor with high expectations in the slope contest, Canadian Mark McMorris, in 3rd with the bronze. McMorris himself had a flip-heavy run, leading off the first jump with a cab triple underflip and ending with a backside triple cork 1440.

Kotsenburg's double-light and triple-less run, which earned him the gold, may restore some faith among the core snowboard (and ski) community that being a gymnastics and gym jock are not the key to winning a snowboard contest, even at the Olympic level. "I haven't been in the gym since September," Sage said in an interview with the LA Times. Wave that flag, 'Merica!!