Many of the world’s best female and male skiers and snowboarders came together for the grand finale of the Suzuki Nine Royals at Watles, South Tyrol, Italy on April 1st, 2017. Under a hazy sky, the women and men proved their creativity and technical prowess to the delight of cheering crowds and judges. 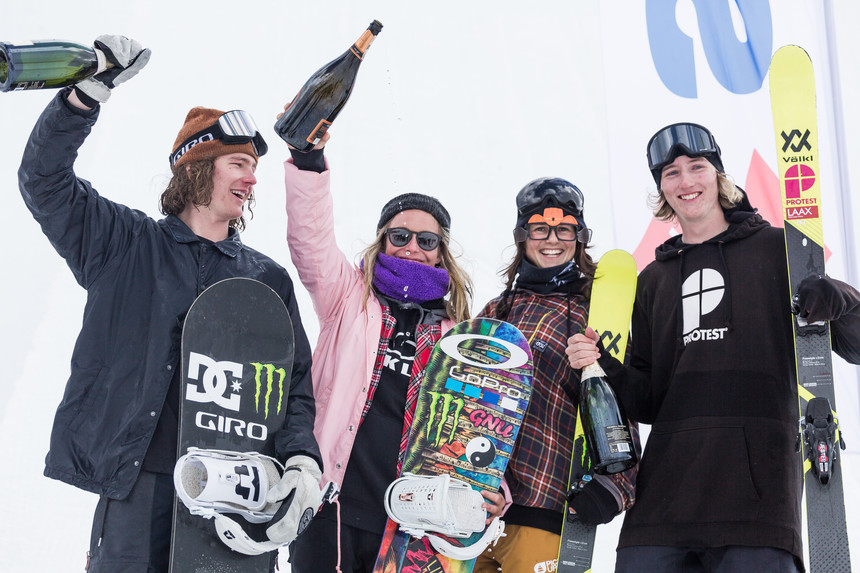 Over the course of two jam sessions, judges determined the winners using a unique format: a combined score of two technical tricks and one style trick. After a week of photo and film sessions, it was Jamie Anderson (USA, snb), Sebbe De Buck (BEL, snb) Andri Ragettli (SUI, ski) and Coline Ballet-Baz (FRA, ski) who topped the podiums. 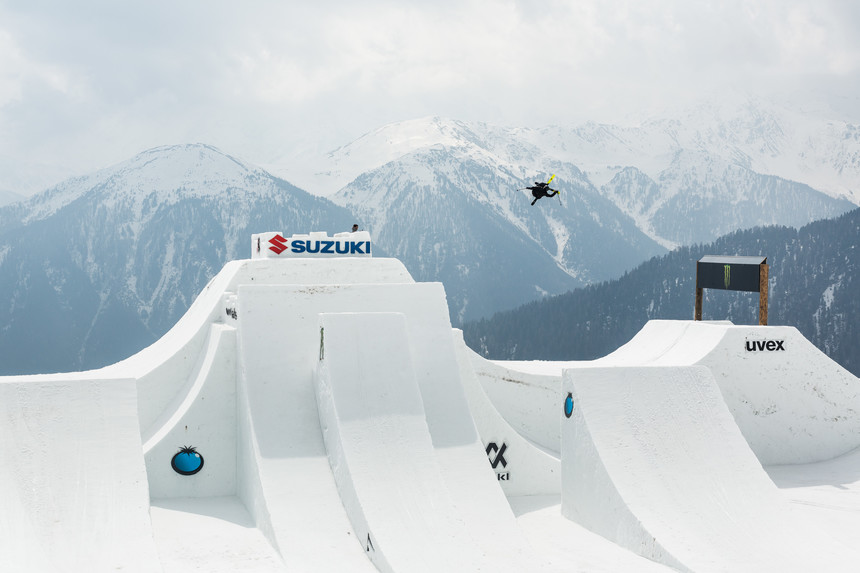 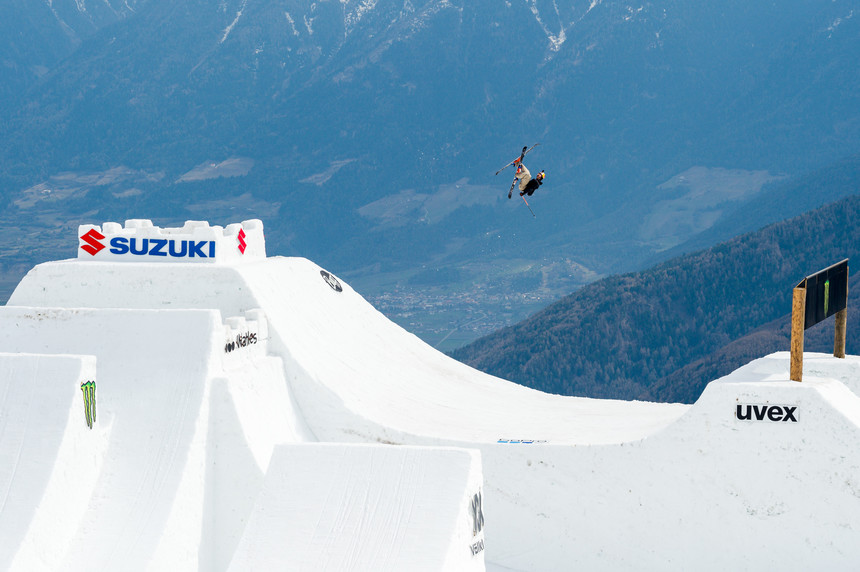 “This was probably the best week of skiing of my life,” a hyped Ragettli stated, “It was perfect and I’m super happy to end up in first place. We are pushing our sport with new tricks and everyone is having fun, which is super important for skiing.” 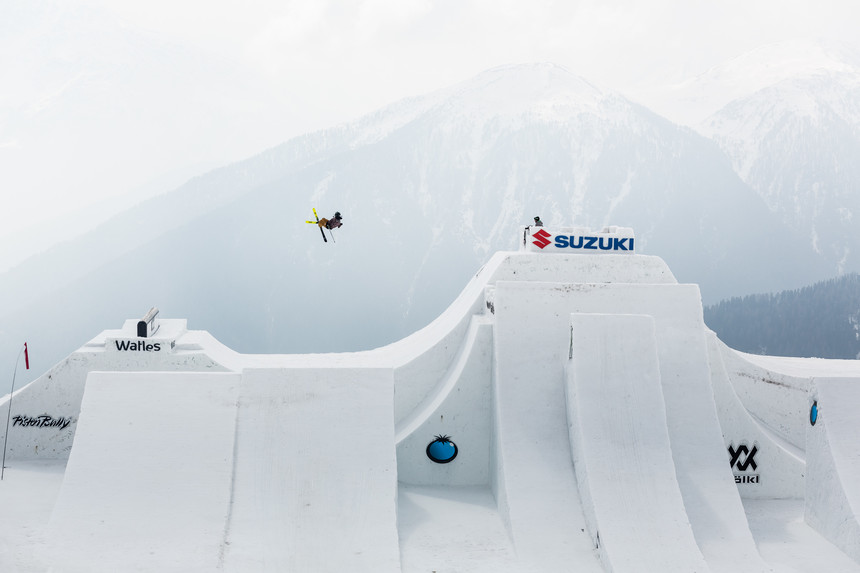 “It’s awesome to win, especially since I love this event!” said an overjoyed Coline, “It was a crazy week with some tricky conditions and a lot of girls crashing. It was sick to see the boys riding too. They’re always pushing themselves and trying hard, so it’s really motivating. I even tried a cork 10 earlier in the week and though I didn’t land it, I’ll definitely be trying it again it next year.” 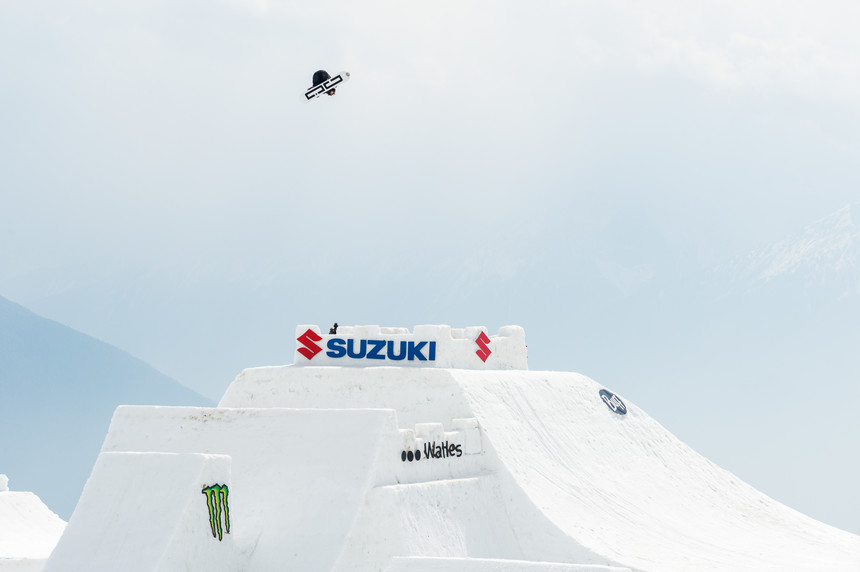 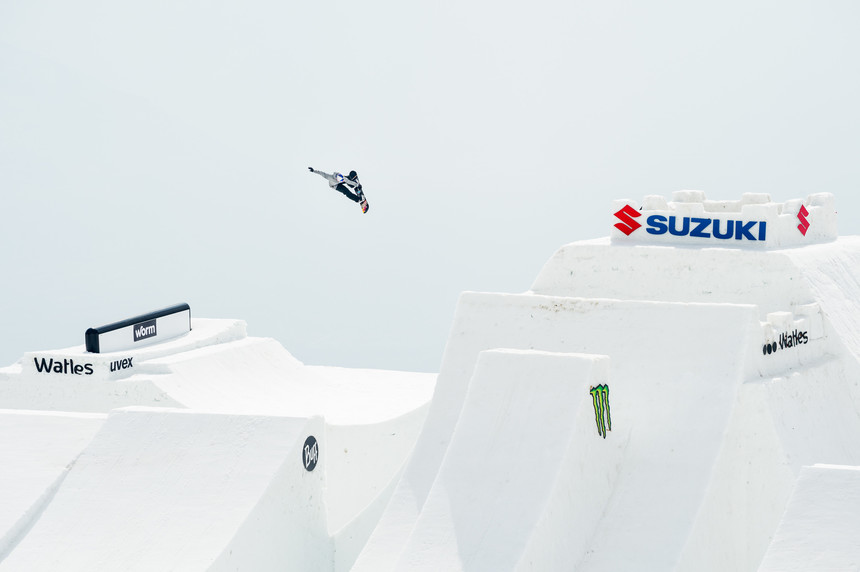 Sebbe was hyped to win: “This week was super fun; we’re all friends and everyone was sending it. It’s also nice to reclaim the top position, like last year. This week I also learned the frontside butter to switch back double cork and I can’t wait to bring it into contests next season.”

Queens Snowboard
Unfortunately, various injuries among the female snowboarders limited the number of participants for the Contest Day down to Olympic Gold Medalist Jamie Anderson (USA). Though she rode alone in her category, Jamie was undeterred and sent multiple big tricks such as a stylish Cab 720 tailgrab, massive cab 540s and a front 360 melon. 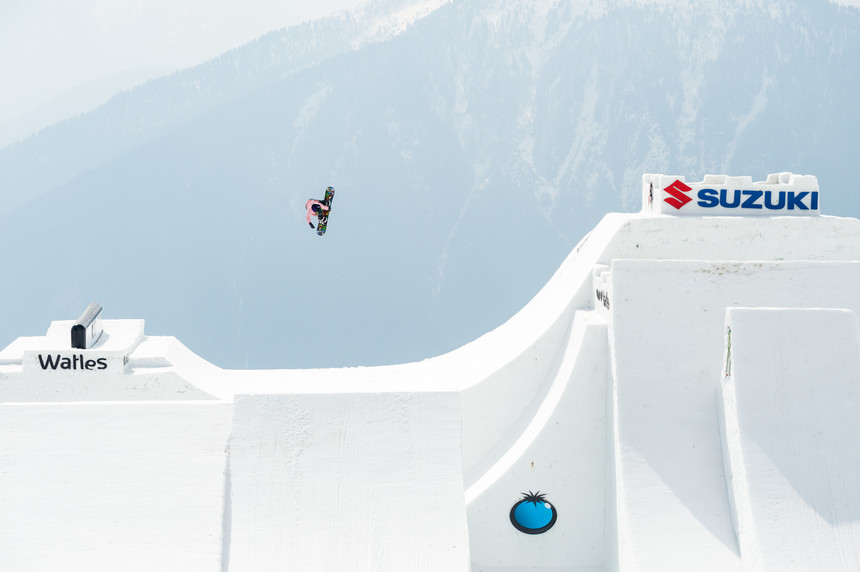 Jamie was very happy with her experience, “We had incredible weather, a crazy awesome feature and a lot of riding. Holy Nine Royals what a fun session.”

With a huge crowd of stoked fans and spectators traveling to Watles in South Tyrol to witness the contest day in person, the vibe was spectacular; ensuring a great finale to a truly special week.

Stay tuned for full contest video to be released at 5pm on Sunday the 2nd of April, as well as more videos over the coming days and of course the next event, the Nine Knights MTB in September 2017.