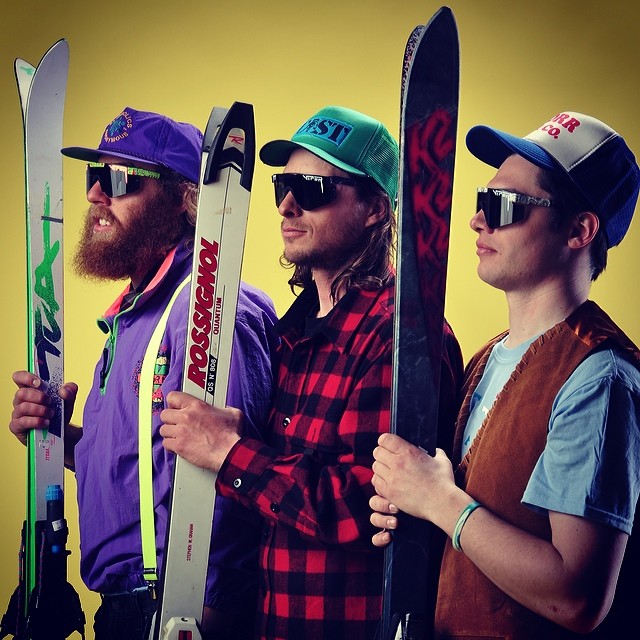 Since 2012, Pit Viper sunglasses have been demanding respect, authority, and straight skis.

In 2012, American Ski Actor and soon-to-be entrepreneur, Chuck Mumford, eschewed his standard cool-guy sunglasses for ski touring, instead turning to military-surplus glasses that had three points of adjustability, provided optimal peripheral protection, and offered protection from solar, laser and ballistic forces–capable even of stopping a 15-caliber steel pellet at 650 feet per second. In their complete lack of modern style, these glasses harkened back to skiing's headiest days: those great blinks in the course of human history when fixed-grip chairs, mulekicks, one-pieces, and partying ruled the slopes. Soon, Chuck began dressing up pairs of these glasses with custom paintjobs in his Salt Lake City garage, and distributing them from the innards of a beautiful briefcase to willing customers at aprés-ski bars across the west. 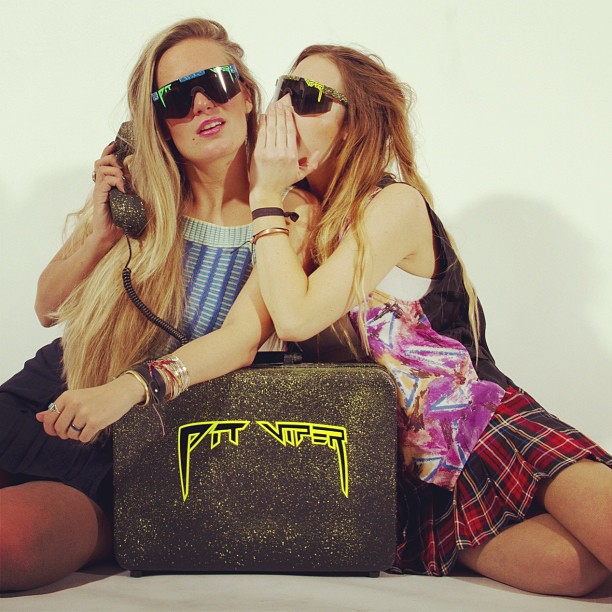 Named after a subfamily of venomous snakes, Chuck's company began to rally around the formal moniker of Pit Viper, and since its introduction into the ski world, few Gaper Days, bachelor parties, or Rocky Mountain thrift stores have ever been the same. Under the headline of "Demand Respect and Authority," Pit Viper has become both a successful company and a cultural force, one that has brought Fireball back to chairlift rides worldwide and purple tight pants-clad ladies searching their local hill for the ethereal paradise of 1990's attitudes and mogul partying known as Party Mountain.

While known for its excellent product and customer service (see the above video, the likes of which are required for returns according to Pit Viper's warranty policy), Mumford's Pit Vipers has run aground due to a classic issue of supply and demand. With the supply of military-grade sunglasses drying up, Chuck must enter full factory production to keep its customer base of daffy-boosting alcoholics satiated with fresh shades.

As such, Pit Vipers is currently running its own Kickstarter campaign in the hopes of raising $30,000 in order to create a mold for the glasses and bump out the first 5,000 production pairs, which will be a mix of popular models such as The 'Merika, The 1993, The Poseidon, The Leonardo, and The Cosmos. We sat down with American Ski Actor and Pit Viper Founder, Chuck Mumford, to understand why anyone should give a damn about giving his company money through a series of unassociated questions.

How much of the Kickstarter funding will be used to blow up microwave ovens with asoorted weapons? OK, there are rumors about what we are capable of. I decide not to comment about the issue.

How much slave labor will be used to produce Pit Viper sunglasses if your Kickstarter is successful? From then on, we will pay our help. I do thank everyone who I have put to work for no pay. Come see me someday and I will give you a handshake or something better.

Will custom briefcases be available? Those are for Executive Key Players. Look for a civilian release in the future. 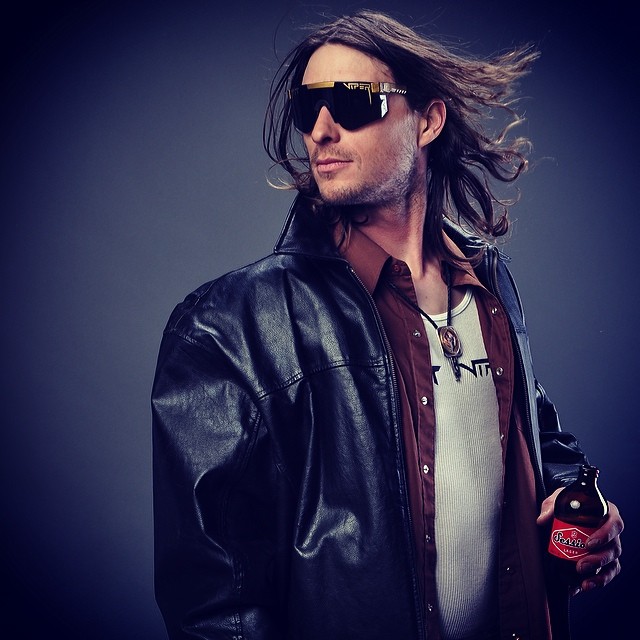 One of Pit Viper's Key Players models the Gold Standard.

How well do Pit Vipers work against Ebola? We are still waiting for results from our testing facility. They gave a .99% chance they would pass. 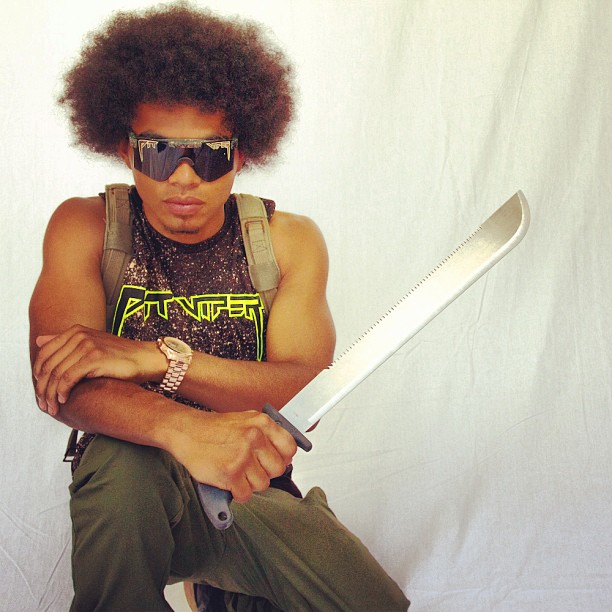 Another Key Player models The Jungle.

Do Key Players (Pit Vipers' vetted ambassadors) use toe clips mountain biking? Mountain biking, skiing, snowboarding, sports and Pit Vipers are a pure form of self expression. Please do what you want, nobody is judging you 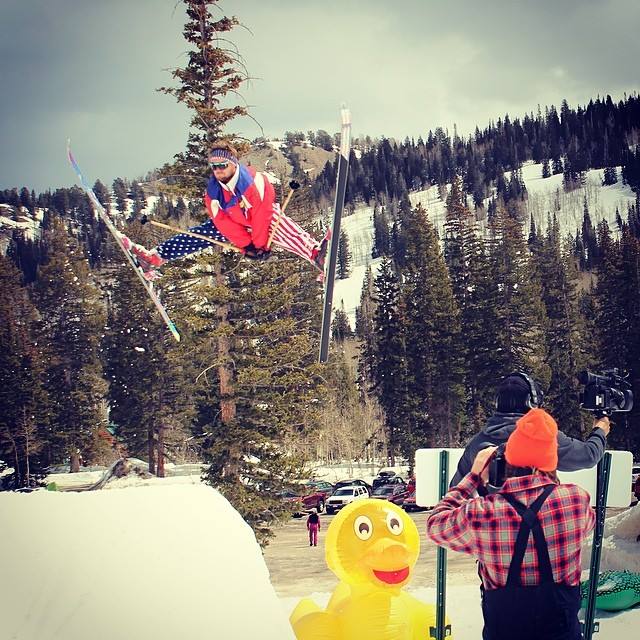 Heli skiing, or moguls? Skiing is like Beer. It's all good, just some's better. 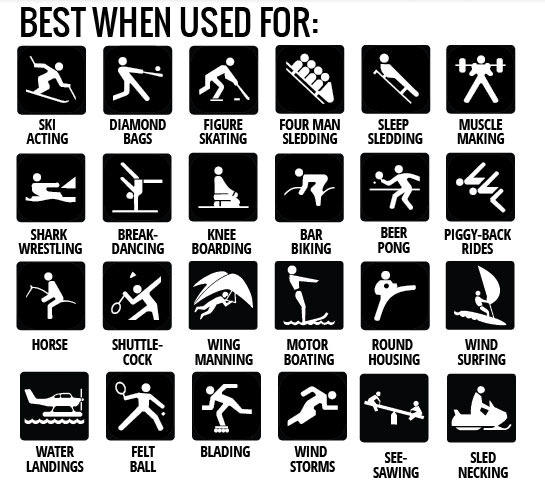 Pit Vipers will be optimal for all of the above activities, pending success of their Kickstarter campaign.

What is the best chairlift type at Party Mountain? Party Mountain has been evaluating chairs like Wildcat on Alta and Bell Mountain on Aspen Mountain. These chairs have great views of your friends skiing below and then you can cheer them on.

What is the appropriate ratio of coffee to Fireball on the average workday at the Pit Viper office? The switch from coffee to beer at Pit Viper HQ is a noteworthy event daily that we take very seriously. We might be known for having comedic spirits but this is fucking serious. 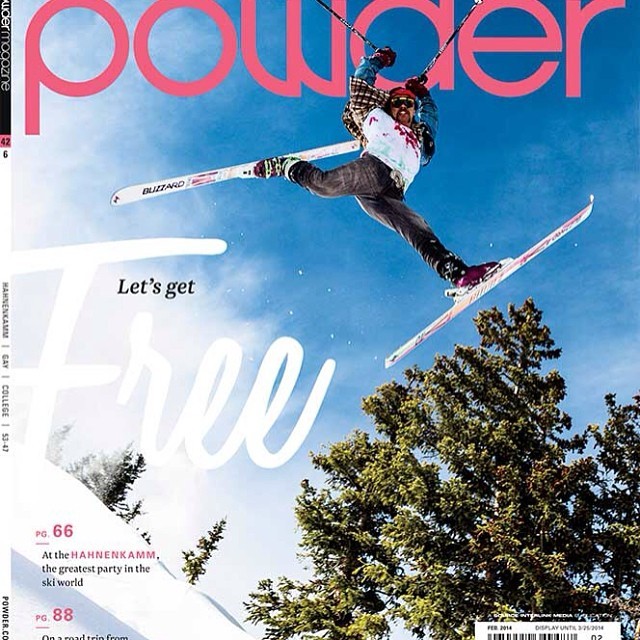 Who is more of a Key Player: Chris Tatsuno post spraffy Powder cover, or Barack Obama night of 2008 election? If Tatsuno was president it would be AWESOME. He would be flying everyone around to ski destinations in Air Force One, Apache heli drops, F-18 avalanche control and hovercraft mountaineering trips. Headlines read: "RECORD LOW MILITARY SPENDING---TATSUNO IMPEACHED" 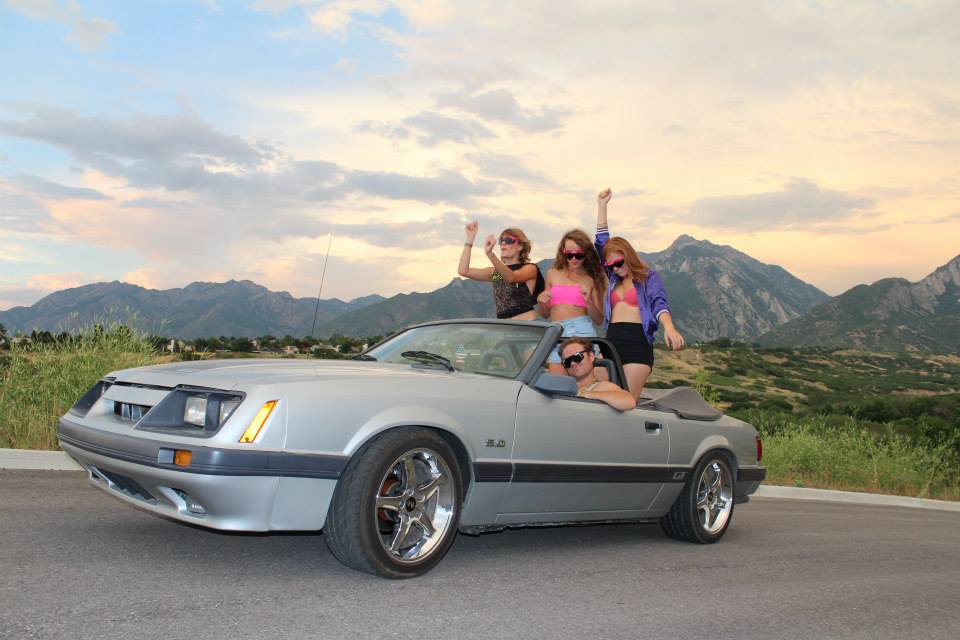 If you'd like to support Chuck Mumford and Pit Vipers' collective campaign to make a production run of purely awesome, military-grade sunglasses, while simultaneously making sure skiing is about fun, contribute the proceeds of your bank account and/or stolen credit card to Pit Viper's Kickstarter Campaign today!