New York — Exiting the subway at Broadway and West 72nd street Wednesday, it was apparent that the action sports world had descended on New York’s Upper West Side — seemed like everyone in the street was wearing a mesh trucker hat.

A few thousand bros including Justin Timberlake and the Beastie Boys’ Mike D, had converged at the Beacon Theatre to attend the world premiere of the much-ballyhooed snowboard film “The Art of Flight,” starring Travis Rice.

The historic, 3,000-seat venue is best known for hosting the Allman Brothers Band for 20-straight years, being the set for the 10-year anniversary of “Late Night With Conan Obrien,” and the stage where comedian George Carlin taped a few of his HBO specials. As far as snowboard movies go, very few have been premiered in such a spectacular venue. 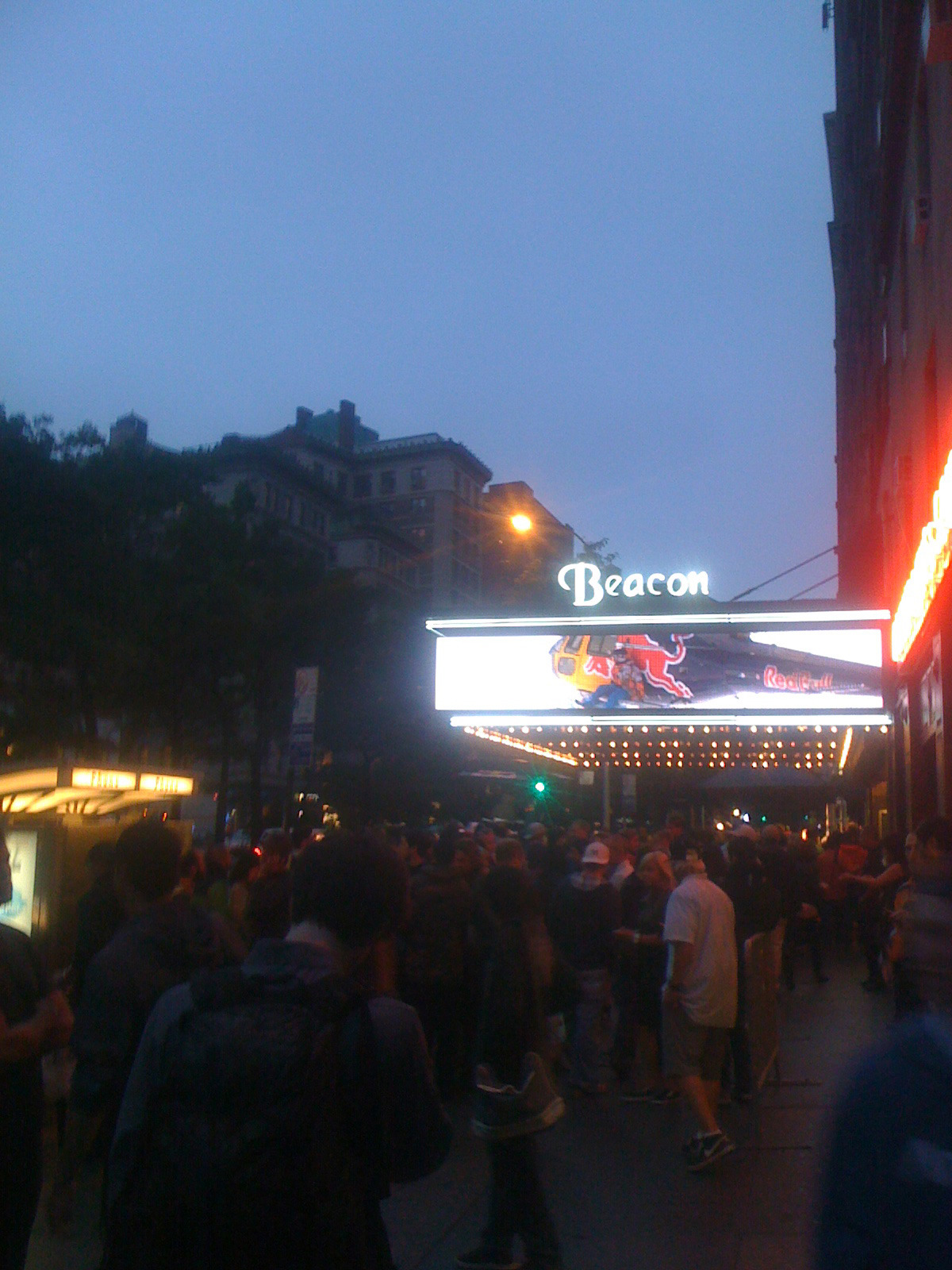 For the event, Red Bull, the movie’s main sponsor, had cleverly outfitted a platoon of young ladies in classic flight attendant costumes. The Red Bull flight attendants seemed to be everywhere you looked — outside directing foot traffic, in the lobby handing out gift bags, cheerfully greeting attendees. … What would the world do without all those dutiful Red Bull girls?

The rain that day let up just in time for pre-show festivities, including a red carpet scene and a Red Bull-fueled party in the lobby.

Soon, everyone was summoned into the gilded theater and took a seat. As anyone who has ever attended the local premiere of a ski or snowboard flick knows, a pep rally routinely precedes the movie, often with hoopla like raffle prizes for lucky audience members. In Hollywood or Cannes, they simply hit the lights and start the movie. But in the snowboarding world, that would send a bold message: This film needs no introduction. Well, “The Art of Flight” probably didn’t need an introduction — as of this writing, the two official movie trailers on YouTube combine for 4.7 million hits and climbing. But Rice and Morgan, along with most of the film’s co-starring snowboarders and the entire Brain Farm movie production family, did greet the audience before the show began. It was, after all, still a snowboard film premiere. 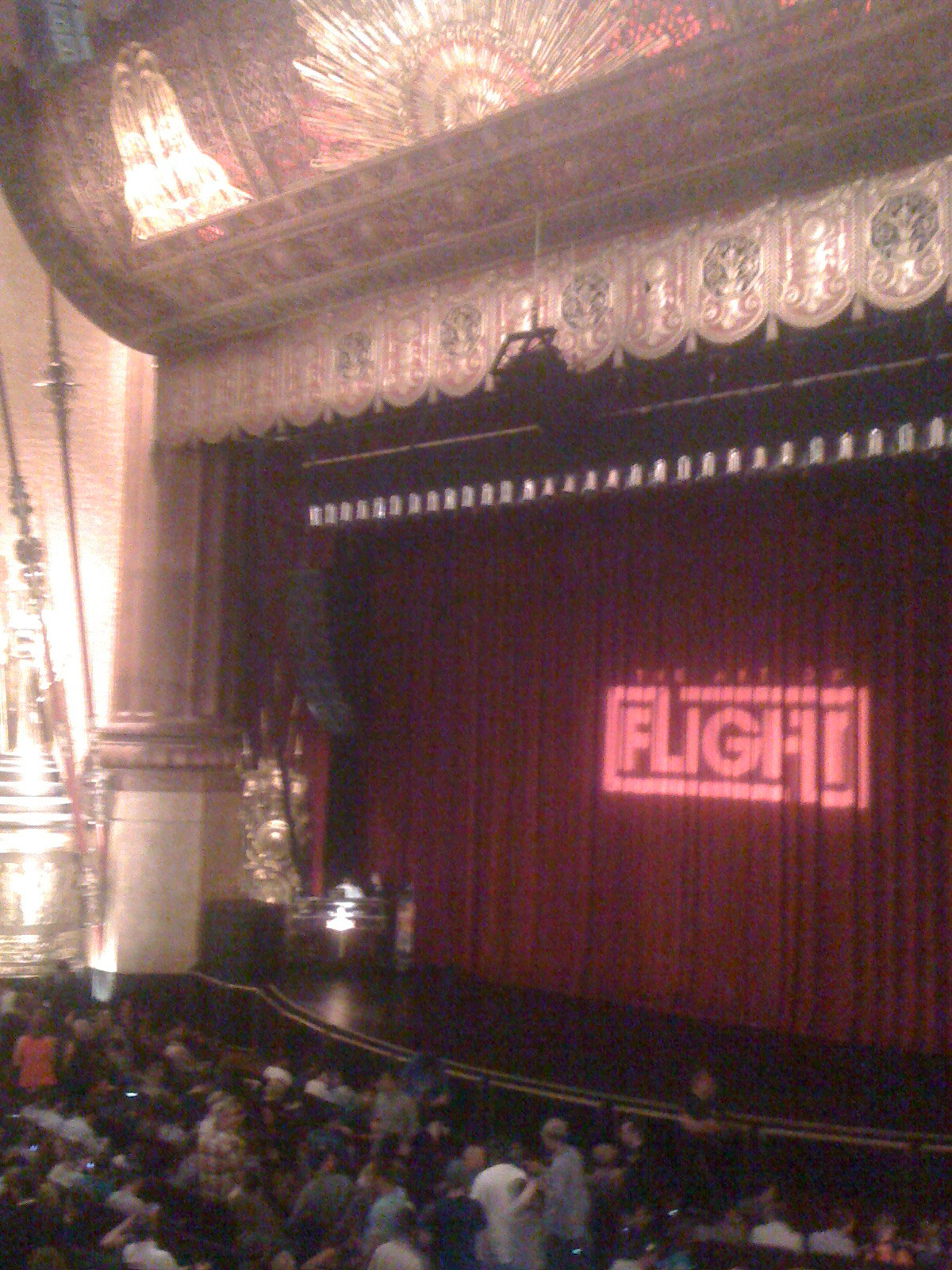 In case anyone needed more evidence of that fact, both star and director each wore the talisman of today’s snowboarder: the flat-brimmed cap. Morgan selected a Yankees hat to match the candy-apple red leather shoes he chose to highlight the designer suit he was wearing. They then hit the lights, and the movie began.

Technically speaking, “The Art of Flight” is nearly perfect, a marvel. Morgan reportedly helped create some of the movie’s electronic soundtrack by recording music at his home in Jackson Hole with the musician Anthony Gonzalez, who goes by M83. That’s nothing to sneeze at. Like, at all.

“The Art of Flight” has already eclipsed any snowboard flick before it terms of sheer buzz. There’s no question about that. Red Bull is currently running an adapted trailer of the movie as a nationally televised spot, for crying out loud. The diehards will debate not whether the film is a triumph, but if it exceeds Rice and Morgan’s previous movie, 2008’s “That’s It, That’s All.” It will be those fans who eventually judge whether the film possesses the soul to inspire. It’s that kind of spirit that can turn even a no-budget title, with some or no amount of narrative into a movie that is, to borrow a phrase Rice repeated during his remarks, all time. 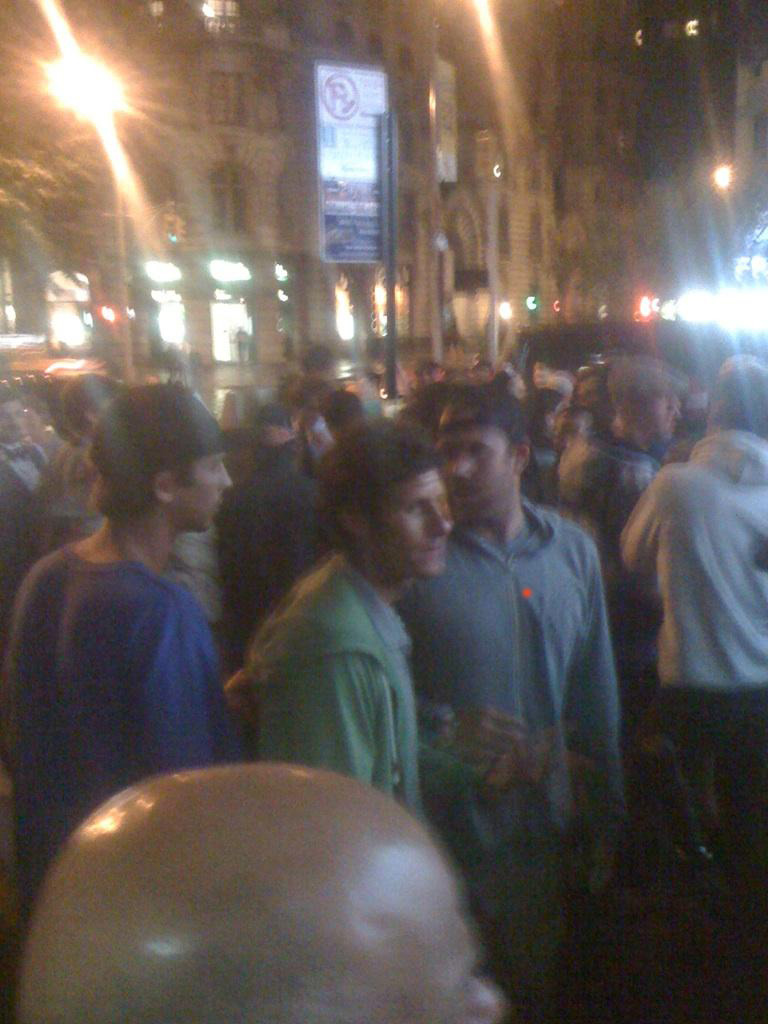