Killington, Vermont - The next generation of freesking made their presence known in Saturday’s Pantech Invitational, the second stop of the Winter Dew Tour.

Torin Yater-Wallace came through with not only his first Dew Tour podium, but he grabbed the top spot with a win at Saturday’s Pantech Invitational. As the youngest guy in the field, 16-year-old Torin came through in a big way with his first-run score of 90.25 that gave him the lead at Saturday's evening comp. Looking flawless and skiing with complete control and apparent ease, he managed to increase his lead in his second run to win with a score of 93.75. 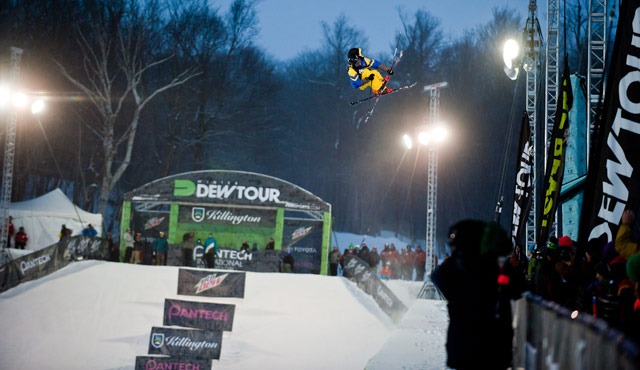 Torin Yater-Wallace competes in the Pantech Invitational in Killington, Vermont. It is the second stop of the Winter Dew Tour.

“I landed the run that I’ve been practicing on my first run, and it couldn’t have gone better,” Torin said. “So I was stoked and I wasn’t nervous on my next run so I just sent it. I just went a little bigger, got bigger grabs and instead of switch 7 I went switch 9. So I ended up stomping it and I’ve never done a switch 9, so luckily I landed it.”

Sharing the podium beside him in second was 19-year-old Tai Barrymore, another stranger to the Dew Tour awards ceremony that blasted his way through with massive amplitude as the lead qualifier going into Finals. He finished second with a score of 88.50.

“I feel awesome, this is the first time I’ve ever been in a Dew Tour final and I’m speechless,” Barrymore said.

Tucker Perkins grabbed the third position with his final score of 85.75.

“It’s been a crazy contest. Even starting last night. The pipe was super firm and icy last night, and we show up today and it’s been snowing all night and all day and it’s super slow and really bumpy. I tell you, every one of us had to change our game plan to come up with something new to survive.”

Defending Dew Cup champ Kevin Rolland, also the winner of the last Dew Tour event in Breckenridge, Colo., was not able to come through in his usual way, and he had to settle for fifth, behind Justin Dorey, who also podiumed in second at that event, the Nike Open. 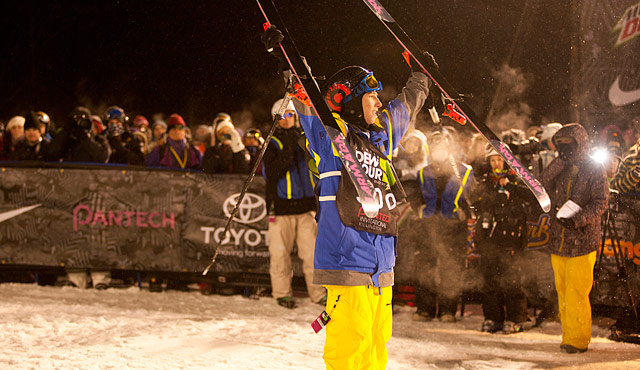 Below is the full schedule of the Winter Tour.