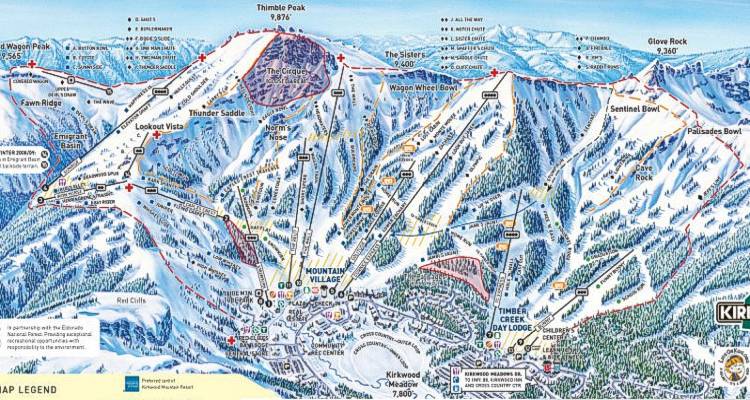 The upcoming Subaru Freeskiing World Tour event at Kikwood Mountain Resort February 22-27, will be postponed until April 4-9, 2012, due to inadequate snow cover on The Cirque venue. This delay will ensure the world's best big mountain freeskiers top quality competition conditions for one of the most anticipated stops on the tour.

"The late arrival of winter in the Tahoe area forces us to wait for more snow accumulation on Kirkwood's steep, rocky terrain," said Event Director Bryan Barlow. "Unfortunately the late start has delayed our early season events, yet we expect excellent conditions for the rescheduled dates of the tour."

"It's unfortunate that we have to postpone the FWT at this time," says Kirkwood's Kevin Cooper. "There are some skiable lines in the Cirque now for sure, but the coverage most likely would not hold up for the athletes. With the long range looking pretty solid we thought it best to push back the FWT at this point as it is a staple event here at Kirkwood."

Kirkwood will remain a five star World Tour event for the 2011-2012 FWT and will serve as the Tour Championships for this year. The FWT would like to thank our athletes and host resorts for their patience in dealing with the late arrival of winter this year. FWT strives to provide the safest and most competitive venues for our athletes and these delays will ensure we are able to do that. We look forward to an action packed spring on the FWT.