Salt Lake City, Utah — Stop four of the 2012 Subaru Freeskiing World Tour kicks off this week at Snowbird Ski and Summer Resort with warm temperatures and light snow in the forecast. Big mountain freeskiers from around the globe have gathered in the Wasatch Mountains to battle it out in front of the massive crowd.

Leading the women’s tour after three competitions is Snowbird local Angel Collinson with a top score of 6900 points. Close behind is tour veteran Crystal Wright out of Jackson Hole with 6680. Rounding out the top three is Vermont’s Ashley Maxfield with 3730 points.

Currently in first for the men’s side is Josh Daiek from Kirkwood with a leading total of 4375 points. Hot on his heels is Guerlain Chicherit from TIgnes, France with 4115 points earned this season. Third on this season’s tour at 3600 points is fellow Frenchman Adrien Coirier.

To earn a place in the Day One competition, those athletes who are not prequalified skied “West Baldy” on Wednesday, March 14, to gain a coveted spot in the main event.

A season favorite for both athletes and fans, the Snowbird stop of the tour is sure to be a crowd pleaser. Don’t miss a second of the action! Tune in as we broadcast LIVE Day One and Day Two on www.freeskiingworldtour.com 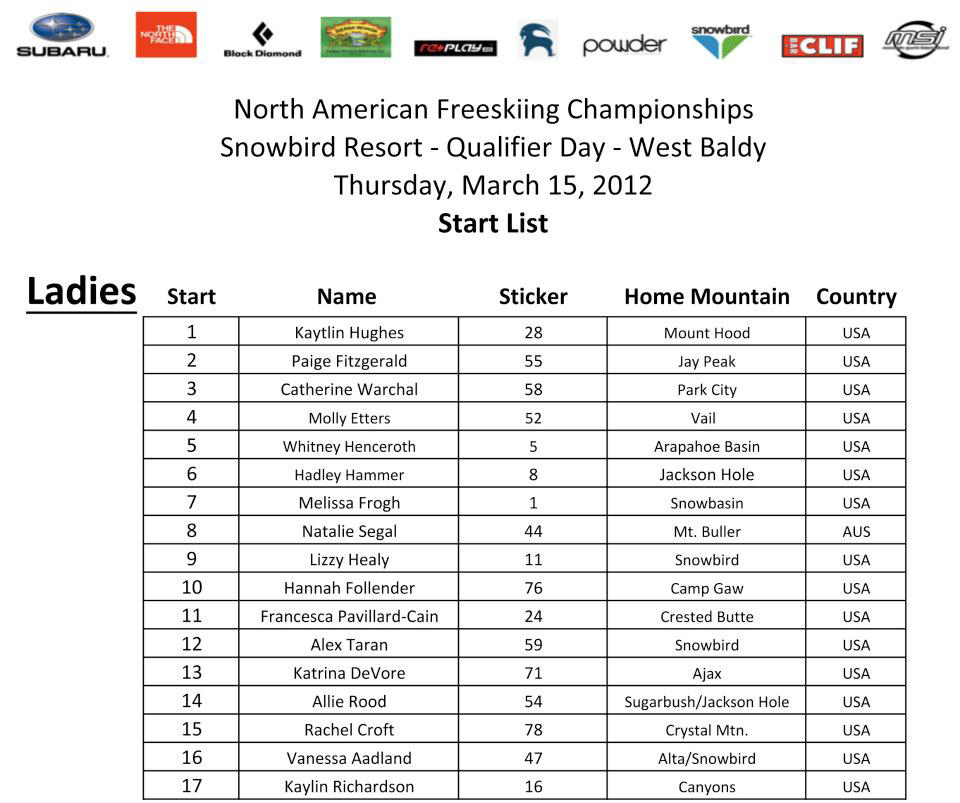 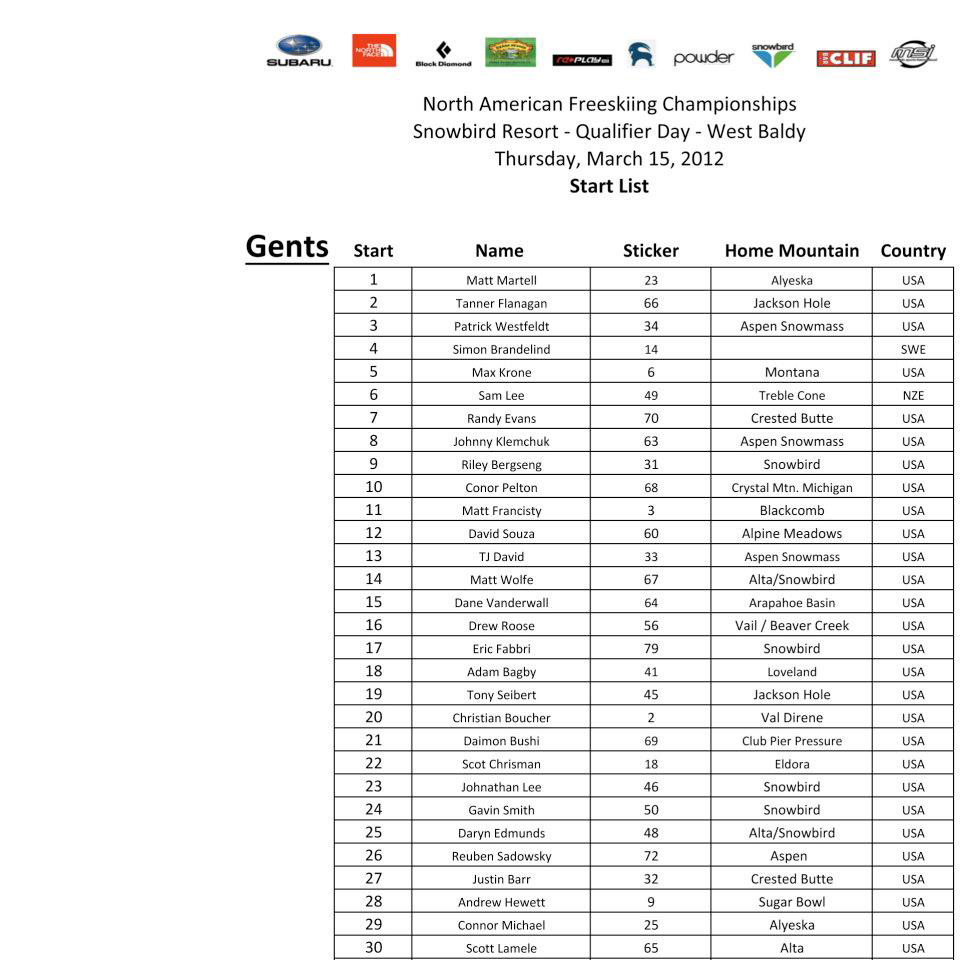 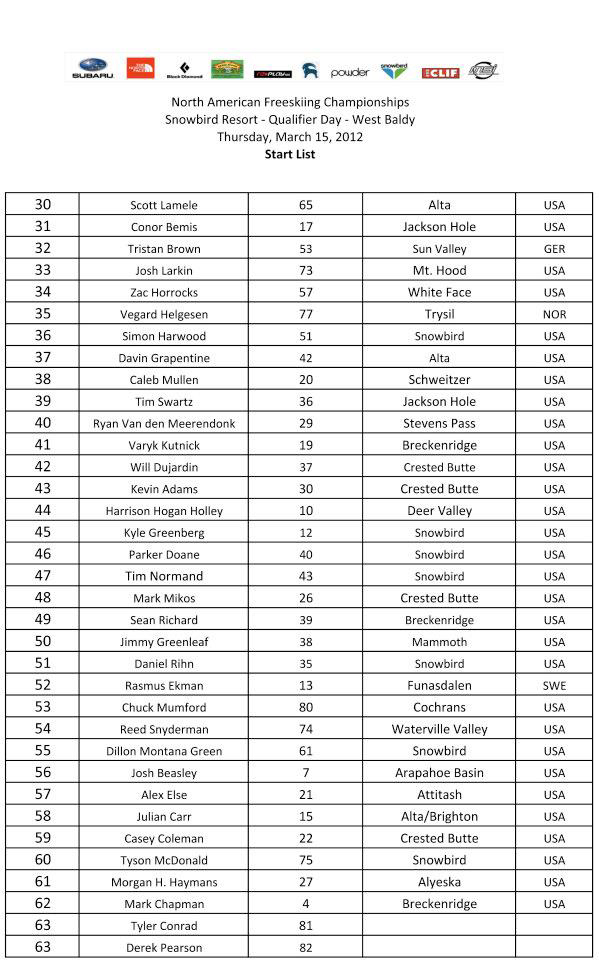