Kronicle, a first-of-its-kind magazine dedicated to backcountry snowboarding, announces the addition of photographer Seth Lightcap to the team. Lightcap will serve as Kronicle’s photo editor, and he looks forward to launching the new publication this fall.

“Freeride and backcountry snowboarding have taken a backseat to freestyle for way too long in the mainstream media,” said Lightcap. “Working with the first snowboarding magazine dedicated to the bliss of ripping natural terrain will be both an honor and a call to action—Kronicle needs to fulfill the stoke many snowboarders have been missing.”

Lightcap turned onto photography trying to capture memories of his global adventures while in college. He honed his eye for an angle working with adventure sports magazines and newspapers based out of Lake Tahoe, California. These days he spends much of his time shooting in the Sierra backcountry come winter and on the singletrack in the summer. His stories and photos have appeared in snowboarding magazines from England to Japan, including nearly a dozen shred publications in the United States.

With Lightcap on board, Kronicle readers can expect the highest quality imagery, both his own and sourced from photographers around the globe.

“Striking images leave me in awe of an action, location or perspective,” said Lightcap. “The shots in Kronicle will drop your jaw in all three ways, while defining the soul of backcountry snowboarding and the power of high-stakes freeriding.” Kronicle goes live on newsstands this fall, and will grow to four times annual next year. 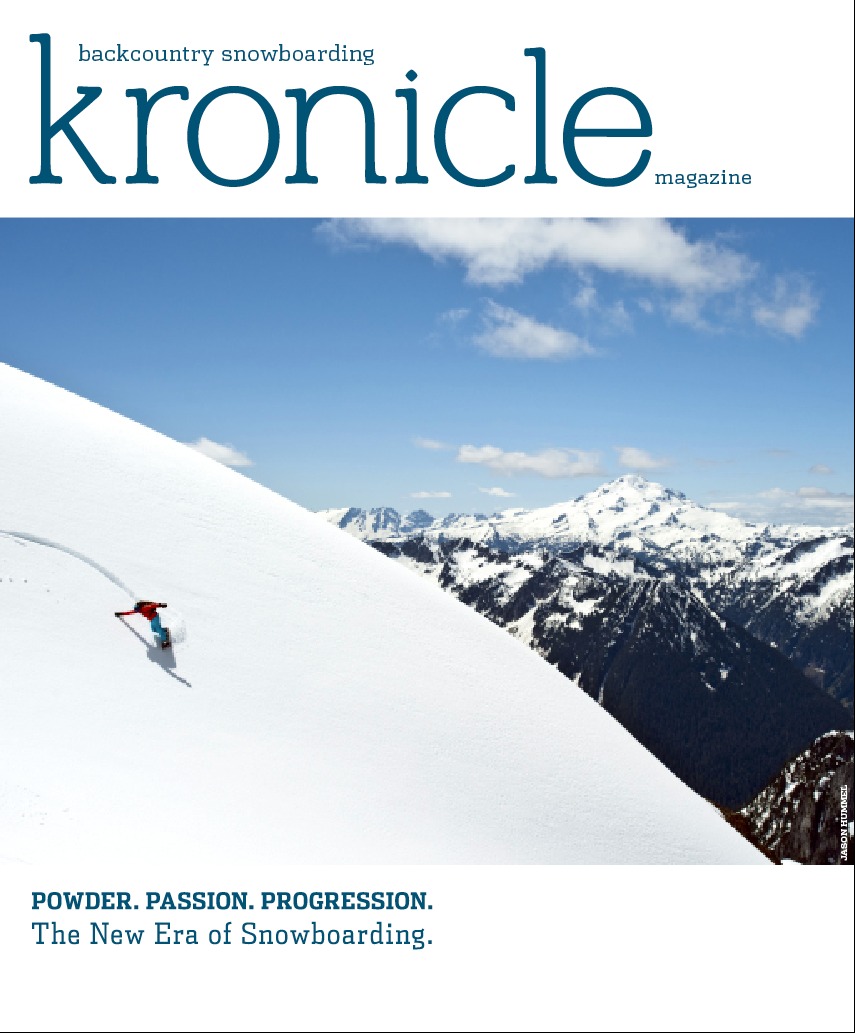