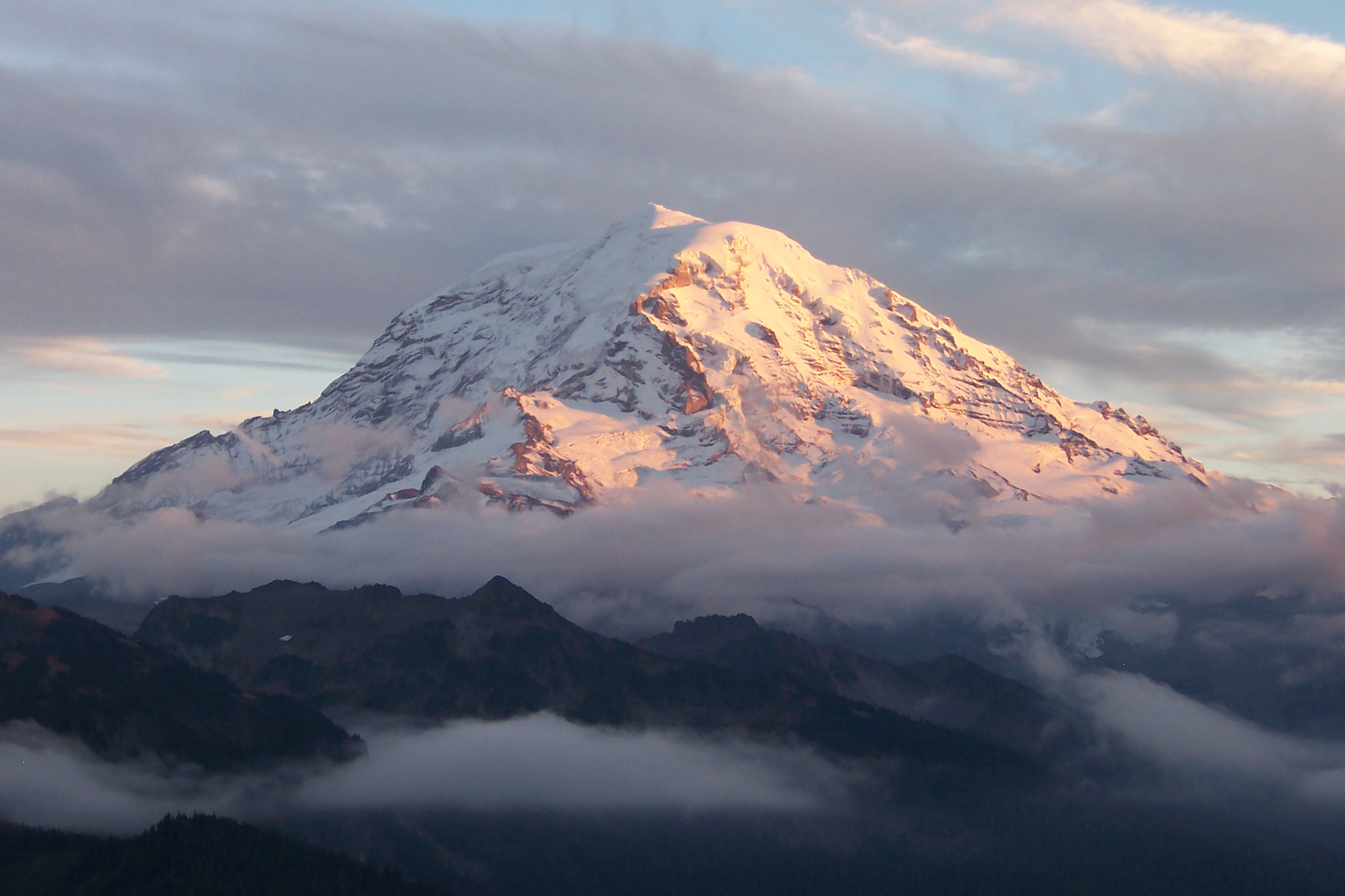 A climbing ranger at Mount Rainier National Park died during a rescue attempt on the Emmons Glacier yesterday afternoon. Ranger Nick Hall, 34, fell from the 13,700-foot level to about 10,000 feet on the mountain's northeast side as he was helping to prepare other climbers for extrication by helicopter.

At approximately 1:45 p.m. on June 21, 2012, a party of four climbers from Waco, Texas, fell at the 13,700-foot level of the Emmons Glacier as they were returning from a successful summit attempt on Mount Rainier. Two members of the party slid into a crevasse. A third member of the group was able to call for help using a cell phone. During the subsequent rescue at 4:59 p.m., as the first of the climbers was being evacuated by helicopter, Mount Rainier climbing ranger Nick Hall fell, sliding more than 3,000 feet down the side of the mountain. He did not respond to attempts to contact him and was not moving. Rescuers reached Ranger Hall several hours after the incident began and found him to be deceased.

High winds and a rapidly lowering cloud-ceiling made rescue efforts extremely difficult, but with the help of Chinook helicopters from Joint Base Lewis-McChord, three members of the original climbing party were lifted off the mountain by about 9:00 p.m. and taken to Madigan Hospital. The remaining member of the party spent the night on the mountain with climbing rangers from Mount Rainier National Park, and rescue options were reassessed this morning. All four suffered non-life threatening injuries.

Nick Hall was a 4-year veteran of Mount Rainier National Park's climbing program and a native of Patten, Maine. He was unmarried and has no children.