Breckenridge Ski Resort's expansion has advanced after the U.S. Forest Service on Friday backed the resort's plan to develop skiing on Peak 6 despite environmentalists' opposition.

Breckenridge, which is owned by Vail Resorts, hopes to develop 550 acres of lift-served and hiked-to skiing on the peak within its existing permit of 5,700 acres, of which 3,100 acres are currently in operation. A six-person lift would be built to access the terrain.

"We are excited to see the approval process move forward because we firmly believe the proposed Peak 6 expansion will greatly enhance the recreational experience for our guests," Breckenridge senior vice president Pat Campbell said in a news release.

Scott Fitzwilliams, forest supervisor of the White River National Forest, which encompasses the ski resort, said he approved the proposal because it accommodated increasing daily visitation levels and reduced congestion.

Past community resistance has delayed Vail Resorts' push to expand on Peak 6. Some environmental groups say expansion would hurt lynx and other wildlife habitats by cutting down trees for the ski runs. 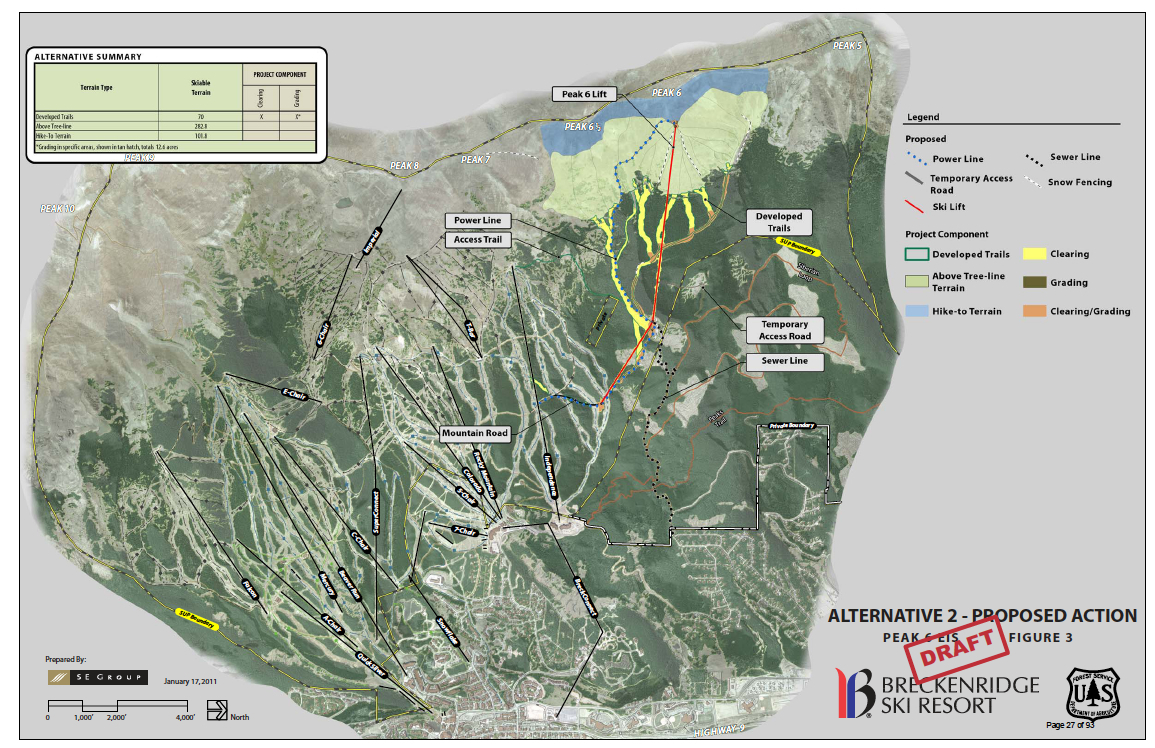