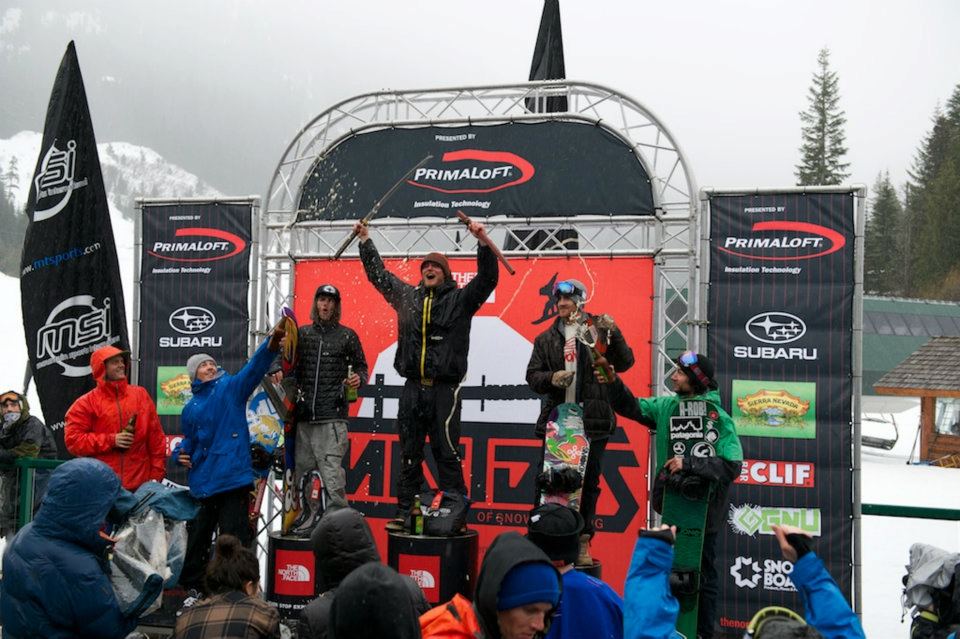 Crystal Mountain, Washington — The North Face Masters of Snowboarding presented by Primaloft concluded at Crystal today with the mens final, wrapping up a thrilling week of big mountain snowboarding. Light snow, passing fog and gusty winds made for an extreme day of competition out in Crystals side-country.

After being delayed by lack of visibility yesterday afternoon following the womens final, the thirty-two male competitors were anxious for their turn on the massive Silver King this morning. Riders were blasted by snow and wind as they strapped in at the top of the 7,002-foot peak. With only a visual inspection to choose their line, stakes were high for the one run, winner-takes-all final.

Topping a stacked mens field today was Brandon Reid earning the highest score of the day, an 80.17. His run was very well put together, said Head Judge Tom Burt. Reid did a big committing air right off the top, hit a double cliff drop and stuck his landings cleaner than anyone else out there today.

The cutthroat battle for second and third came down a fraction of a point. Both Sammy Luebke in second (80.00) and Kyle Clancy in third (79.33) wowed the crowd and judging panel by utilizing the natural terrain to throw tricks into their run.

Luebke sent a huge backside 360 off the lower cliff, said Judge Julie Zell. His run had several airs off the top ridges and was very fluid.

Winning yesterdays womens final was Shannan Yates from Snowbird, Utah. Yates hit three airs with a confidence that impressed the judging panel, scoring 78.67. This is her fifth win of the infamous Katana Sword! Less than half of a point separated Maria DeBari and Maribeth Swetkoff-Kramer in second and third place, scoring 71.67 and 71.33.

$20,000 of prize money was awarded to the top finishers, as well the famous Katana Sword to Reid and Yates. The North Face Young Gun Award, given to the most impressive rider under the age of 25, went to Jerry Mark with a solid performance at the young age of nineteen. Forrest Burki, a Crystal local and crowd favorite for his entertaining antics and costumes won the Clif Bar Best Moment award for boldly straight lining a narrow chute.

A three-stop tour, The North Face Masters is the first competitive snowboarding series specifically tailored to fill a competition gap in the sport of Big Mountain Snowboarding. Next stop on the tour is Kirkwood, CA, March 1-4. 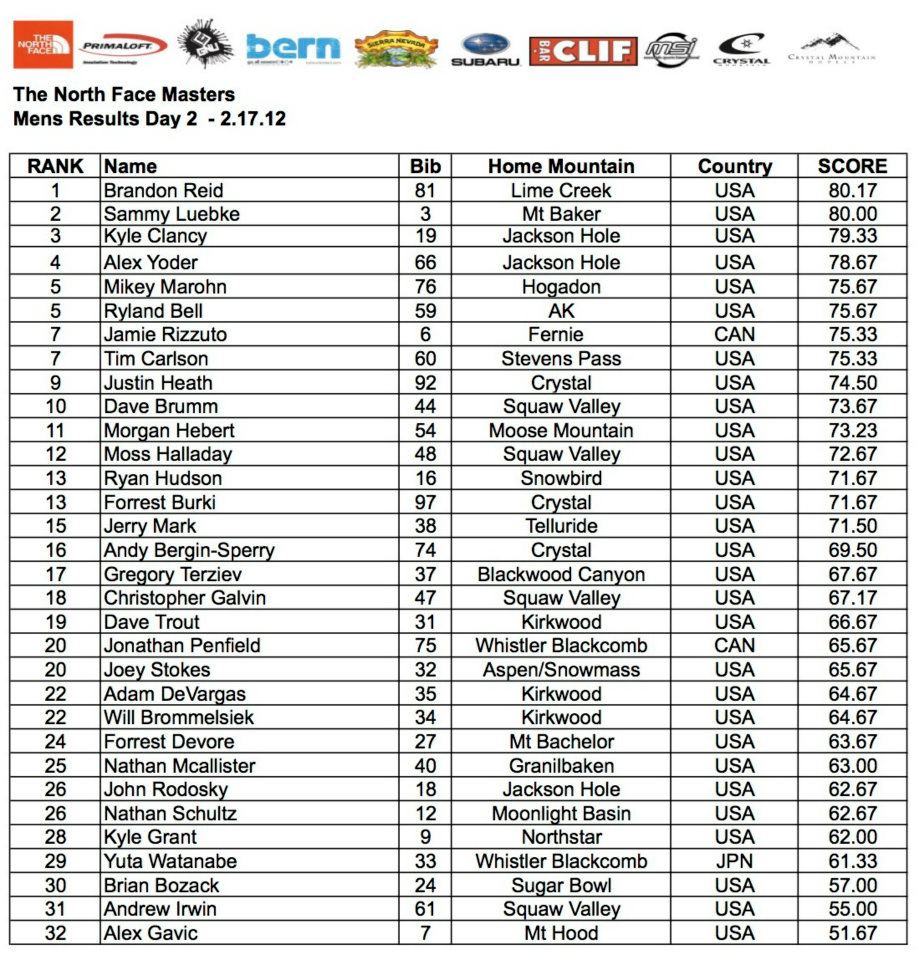 Click Here For A Story On The Women's Competition With Full Results.