New Bill Could Allow Mountain Bikes Back Into Wilderness Areas 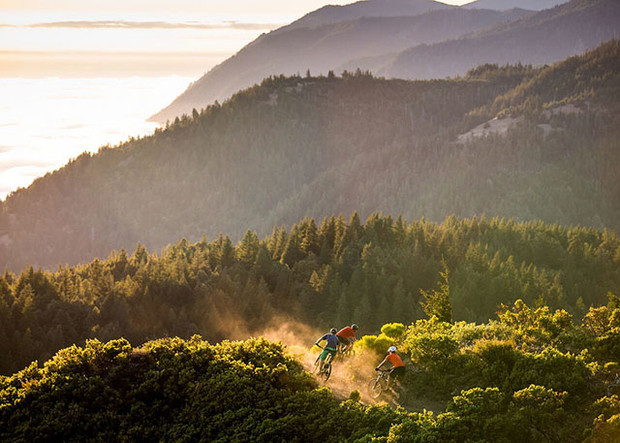 Last week, Utah senators Orrin Hatch and Mike Lee, seemingly out of nowhere, introduced a bill that would give government land managers the discretion to decide whether mountain bikes are allowed on Wilderness-designated public lands. If you remember our piece earlier this summer about mountain bikes and land access; mountain bikers got the boot from federally-designated Wilderness areas back in '84 and, as new places have won Wilderness designation, we've lost access to some pretty incredible trails.

The Sustainable Trails Coalition advocacy group, after breaking ties with the International Mountain Bicycling Association, lobbied to get this bill introduced just before Congress broke for summer recess.

Despite my support for legislation allowing mountain bikes into Wilderness-protected areas, I’m really torn about Orrin "I wouldn't want to see homosexuals teaching school anymore than I'd want to see members of the American Nazi Party teaching school” Hatch and Mike “The ONLY guy against sending aid to Flint, Michigan” Lee introducing this bill. 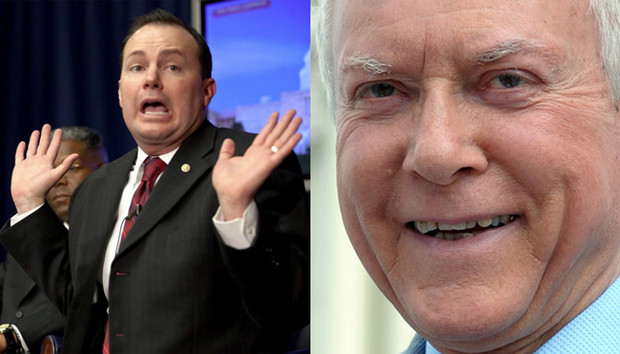 You’d be hard pressed to find senators MORE repugnant to me that those two. I don’t know if I’m more depressed about a couple wing-nuts introducing my dear issue to America, or the Sustainable Trails Coalition getting played for $120,000 of your hard-earned and donated money.

The "Human Powered Travel In Wilderness" bill was introduced on the LAST day before Congress broke for seven weeks. Which is telling. Most senators probably came to work dressed for golf. Many were clearing bills they were paid to introduce before leaving. I’m guessing STC's lobbyist took their cash, donated a portion of it to Hatch/Lee’s PAC or re-election campaign to get the bill introduced, and we’ll not hear about it again. 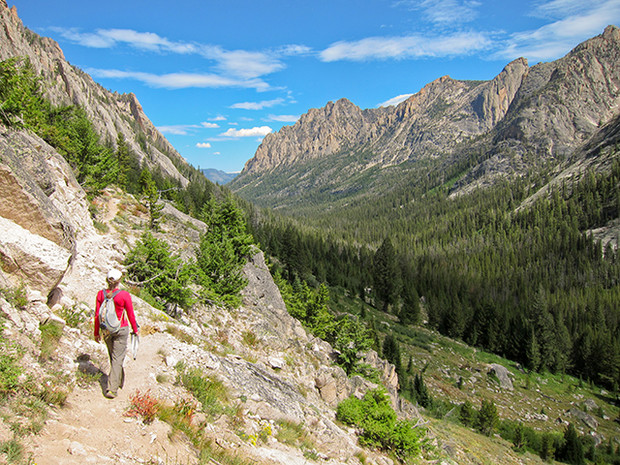 Of course it'll be here long after we're all gone. Wiki commons photo.

Or, if we do, and the bill is somehow on Lee and Hatch's actual agenda, there’s a few political interests, other than mountain bikers, it may serve. Let’s be real; neither of these guys owns a bike.

They may seek to expand or transition the bill's allowed ‘motorized exemptions’ for chainsaws and digging implements designed to help with 'trail maintenance', to help broader commercial interests. For example; allowing commercial interests like Weyerhauser or Georgia Pacific (Koch subsidiary) to 'maintain' trails in trade for some sort of 'commercial extraction' value. 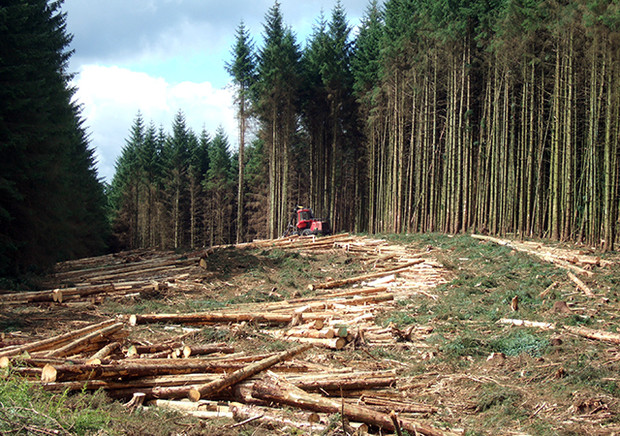 Or they could introduce an amendment codifying mandatory reclamation of Federal wilderness lands for sale to private interests as a way for states to balance their budget. Lee has suggested measures like this in the past.

In an article by MTBR, former IMBA board president and Utah resident Ashley Korenblat is quoted as saying the act is "a false promise that could eventually lead to more trail closures."

“Mr. Lee is primarily known for his work to balance the federal budget. Did you know that most states are required to balance their budgets [including, we presume, Utah], so when hard times come, they have to sell assets to cover the shortfall? If Mike Lee’s vision of our public lands prevail, bike trails on federal lands could be taken over by states and then sold for development when the states need cash. Mr. Lee’s bill is a symbolic gesture that will not pass, and therefore will not open any trails. STC has been duped by a false promise.”

That said, IMBA and STC have always been in opposite camps. IMBA traditionally opposes trying to change mountain bike access to Wilderness areas.

According to Lee's website, “Our National Wilderness Preservation System was created so that the American people could enjoy the solitude and recreational opportunities of this continent’s priceless natural areas,” Lee said. “This bill would enrich American's enjoyment of the outdoors by making it easier for them to mountain bike in wilderness areas.” 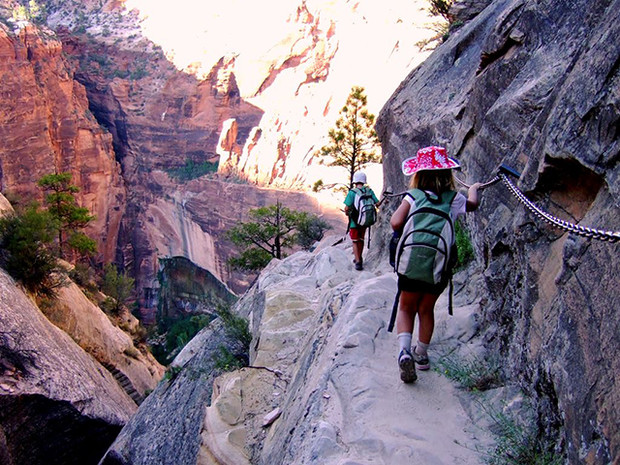 “Utah is blessed with an abundance of beautiful wilderness, and Americans should be free to enjoy it,” Hatch recently said: “This bill presents a reasonable approach to allowing the use of mountain bikes on trails and grants federal land managers the ability to do necessary maintenance.”

Given the author of the bill (embedded below), I'm changing my stance on this issue from "Hell yes!" to "Well, maybe..." I wanted mountain bike access to come with the realization that riders are peaceable folks who reverently enjoy nature, albeit at a few mph faster. That our impact is no greater than foot traffic. That we, too, care for the land and don't seek to impose 'motorization,' but only our own version of nature worship. These senators and their agenda seem to fall outside of that.

Whether this is an 'ends justify the means' exercise, or if walking away from this throws out the baby with the bathwater, only time will tell.