Based in Mammoth Lakes, California, Nate Greenberg has been backcountry telemark skiing in the Eastern Sierra for nearly 20 years. He’s skied a lot of gnarly lines and covered an immense range of terrain throughout his time spent exploring and skiing, making him one of the most knowledgeable backcountry travelers in the area. Through his experiences, Nate has made huge contributions to both the Sierra backcountry community and the snow safety community at large, Greenberg co-wrote a comprehensive backcountry guide, Backcountry Skiing California’s Eastern Sierra, that provides people with beta and advice on lines to ski from two Eastern Sierra veterans with years of experience in the region.

RELATED: What Does Every TGR Athlete Do Before Shredding A New Zone?

Aside from writing, Greenberg also helped found the Eastern Sierra Avalanche Center, in 2006. The Center forecasts avalanche conditions each day and acts as a free platform for people to interact and share their experiences out in the backcountry. ESAC provides forecasts for a huge area of terrain and has become an invaluable resource for backcountry enthusiasts in the Eastern Sierra. TGR caught up with Nate last week to talk about backcountry safety, his personal experiences, and the future of skiing.

What was the motivation for restarting the Eastern Sierra Avalanche Center? 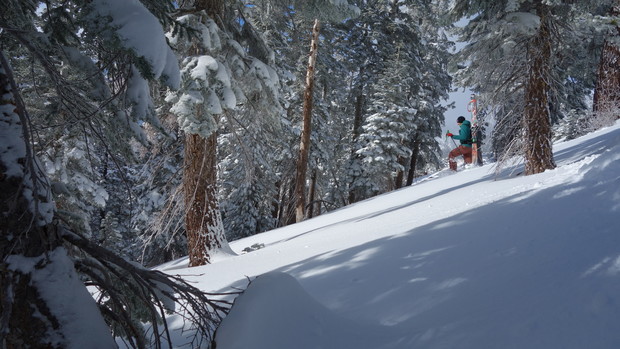 It'd been about 20 years since there was an avalanche center in the Eastern Sierra and there was very limited snow safety information out there for backcountry users in the area. We felt the need to get the center operational again and felt that it could really provide backcountry skiers and snowboarders with the information they needed to make good decisions while traveling in avalanche terrain.

Our goal today is to act as a clearinghouse of information. We're essentially a common resource which users can rely upon both to contribute data and have conversations with other users. We are also an authoritative source for snowpack and avalanche conditions in the Eastern Sierra. Since 2006, the center has spawned some really healthy and important decision-making factors in the community which we hope will continue.

Was there a catalyst that made you think the avalanche center was a necessity? 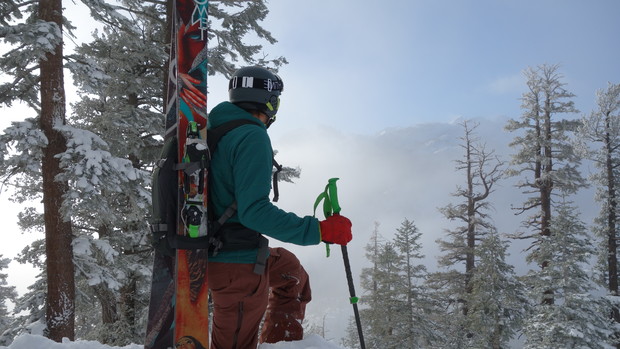 Nate looking out at an view in the backcountry. Dustin Clark/Camelbak photo.

I think the most striking moment for me was the third fatality in the Eastern Sierra during a 15 year stretch. Three off-duty ski patrollers, all of whom were good friends of mine, triggered a slide while skinning up Mt. Walt in the Bridgeport area. It was one of those 'wrong-place, wrong time' situations. A lot of wind had loaded that slope from the day before from a large fetch that was over a ridgeline that they couldn’t see.

It wasn’t a very big slide, but big enough to knock them off their feet. One was lucky enough to grab onto a tree and let the slide pass. One was carried through open terrain and partially buried with a head injury, and one dragged through a bunch of trees, which caused enough trauma to ultimately kill her.

RELATED: The Time Dylan Hood Backed Away From His Line

It was a pretty chilling experience because it made us realize that there was a lot more going on out there than many of us considered. I look at a lot of other incidents that have happened in the Eastern Sierra over the years, even if they didn’t result in fatalities, and they’re very similar to that avalanche in 2006. The wind is a big factor for us. That incident really shook the community and left a lasting impression on me personally.

What're the goals for the ESAC? 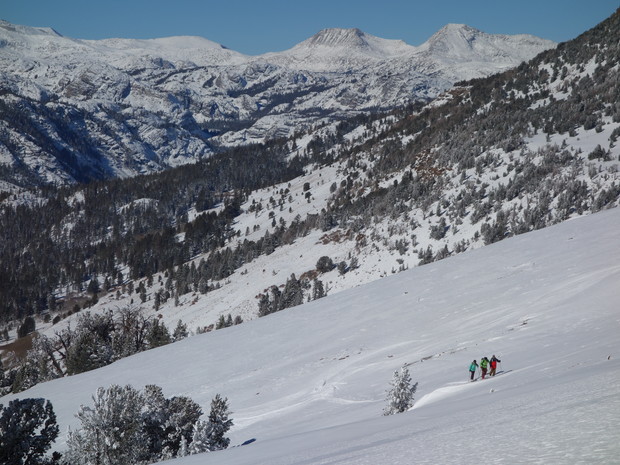 One of the main goals this year has been to get more people interacting with the Center. The core area that the Center forecasts for is between Lee Vining and Bishop–roughly a 90 mile stretch along Highway 395. It’s a huge territory, and with two forecasters, the only way we can effectively cover the entire area is to get good data and involvement from the community itself. We really have been pushing to get folks to contribute data by posting observations to the site or even less formally by having discussions online about what they’re seeing out there.

How has the job of the avalanche center changed this season with the El Niño winter? 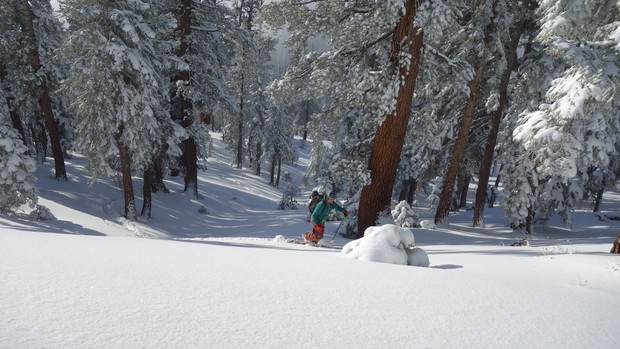 I think once we see the El Niño really turn on for us, the biggest thing that we’re going to be focusing on is that after 4 years of drought, people are jonesing and will want to go ski big lines that they haven’t been able to ski. A big change and focus for our forecasters is going to be really driving that awareness, so when a bunch of these shallow snowpack areas get a bunch of snow on them, people understand the risks and what could happen. In most areas, there is still less than a foot of snow on the ground, which is creating more of a Continental-like snowpack. Most backcountry users in the Eastern Sierra aren't used to persistent and buried weak layers. So once El Niño starts to throw on a lot of load on these slopes with new snow, how’s that going to impact future stability? More importantly, are people going to be able to asses the conditions adequately?

How's the Sierra snowpack different from other popular backcountry destinations? What makes it unique? 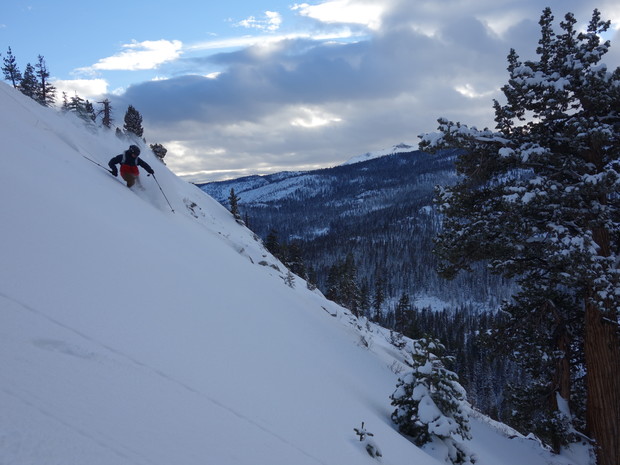 For folks who haven’t been to the Eastern Sierra, we generally refer to it as the region between Bridgeport to just south of Lone Pine. That couple hundred miles is pretty unique compared to the rest of the Sierra in that it’s quite steep and has a huge elevation range, with Death Valley being the lowest point in the continental U.S. and Mt. Whitney being the highest, both within roughly a hundred miles of each other. The other thing that’s really unique about the region is the way the range is set up and the way the drainages more or less cross-cut it.

It’s predominantly a north-south running range with east-west running drainages. There are summer roads in almost every one of these drainages that head west from Highway 395. This gives the region a lot of really diverse terrain and there’re huge opportunities for ski touring and ski mountaineering between tree skiing in the lower elevation areas to high altitude opportunities on the 14’ers, and all within roughly 200 miles of each other.

How has your view of backcountry safety progressed during your time in the backcountry? 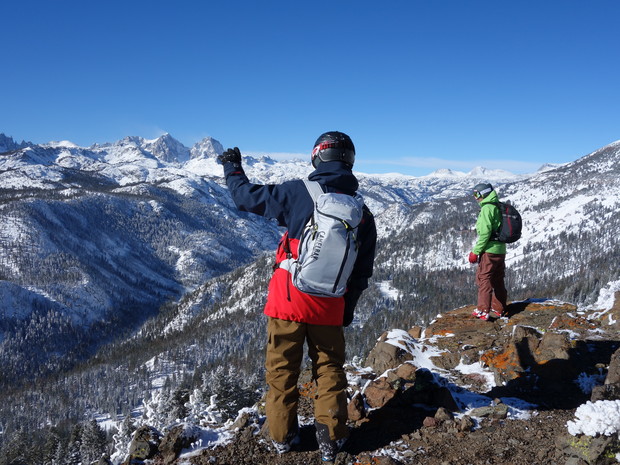 When I first started skiing in the backcountry, I obviously didn’t know anything and was kind of just poking around. There was a motivation to get away from the ski area and get away from people. I was aware that there was avalanche risk, but none of it really made sense to me.

Things really started to change for me in 2000 when I took a professional level 2 course taught by Ian McCammon and Don Sharaf. That course opened my eyes to the potential out there and in many ways it was those guys who inspired me to look at not only backcountry safety, but that experience also planted the seed for the beginning of the avalanche center and in some ways even writing the ski guide.

RELATED: Are You Ready To Ski The Backcountry Abroad? Q&A With Aiare Program Director Ben Pritchett

In terms of equipment, clearly the overall industry trend of equipment evolution and change has opened up opportunities for more people to get into the backcountry, and it’s made it easier and more enjoyable. You start to bring the airbag thing into the conversation, and that starts to change things. I think there’s this perception that "I’ve got this thing on my back and if something goes wrong it’s going to save me."

I personally look at beacons and airbags very similarly, because by the time you have to think about using either one, something is very wrong that should have been avoided in the first place.

Is there anything lacking in the backcountry community in terms of safety? 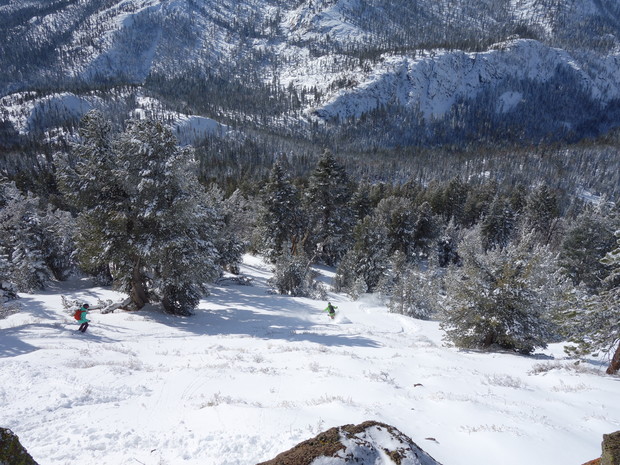 I wouldn’t say there’s necessarily anything lacking, but there’s no replacement for taking a true avalanche course and having a mentor. Mentorship was one of the things that I sort of lacked during my skiing career, and it wasn’t until I had a few key people put me under their wing that everything started to make sense. I think that those of us who have been skiing in the backcountry for a long time or have experience in a certain range know that there’s a lot of opportunity for people to really impart knowledge on up and comers.

RELATED: Use The A.L.P.T.R.U.T.H System To Make Sure Your Next Line Is Safe

There’s a lot of excitement out there in the community and obviously the industry as a whole is trending more towards backcountry. And people should understand what it means to take that on. Not just going out and buying a handful of different avalanche tools and assuming that they’re good to go. It’s scary to see the number of avalanche deaths of skiers and snowboarders rise. I think that there needs to be a lot of emphasis put on the path towards becoming aware and educated and able to make good decisions on your own while traveling in avalanche terrain.