The World Cup in Mont Ste-Anne is always a fun event to attend. Being the only original North-American destination on the circuit this year, it is also one of the most demanding. This 24th edition was no different. Great performances were unveiled in front of us with the hot and humid weather, the only thing potentially slowing the athletes down. 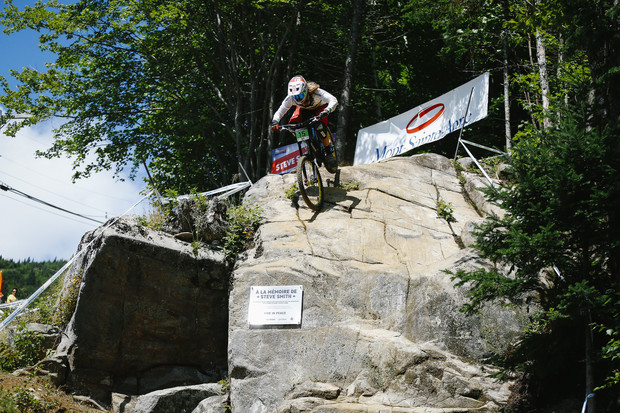 I've never seen so many people with curly moustaches walk around (and if you couldn't grow one there was plenty of stick on ones being handed out), but I also have never been so touched by the sight of them. A great number of riders, friends and fans wanted to wear Steve Smith's iconic look as a tribute to the great athlete and human being the world of downhill mountain bike lost this year. The hashtag, #LONGLIVECHAINSAW was never out of site as stickers of the hashtag were stuck to bikes, signs, gondolas and several t-shirts around the festival grounds as well. 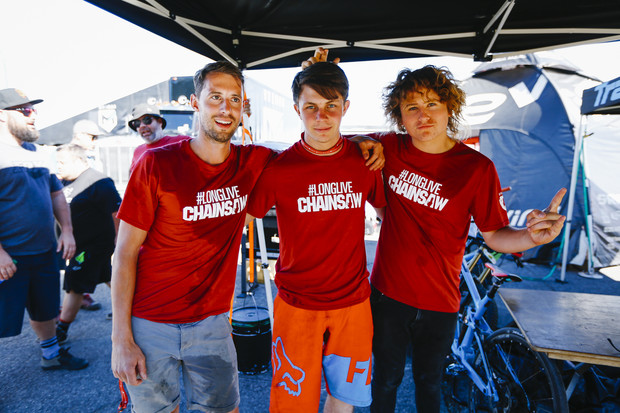 The organizers of Mont Ste-Anne World Cup event also renamed one of the course's famous featured drops, "La Panthere Rose" in his name and having a minute of noise (Steve would want silence) in his honour before the Men Elite's Finals. What a great way to remember one of Canada's best downhillers. 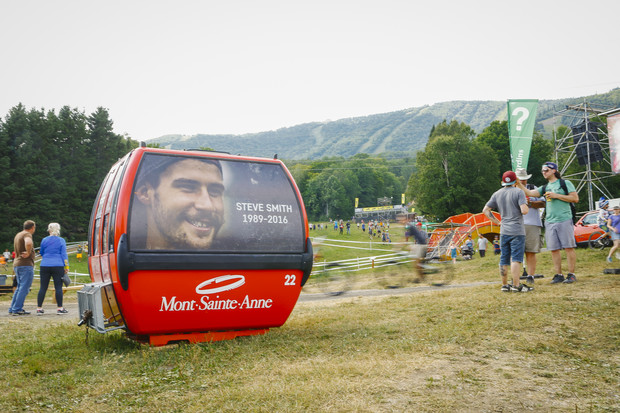 Men's juniors were exciting to watch. With the favourite Finnley Iles being Canadian, the crowd was really excited to see him go last in the finals, hoping he would beat Gaetan Vige's time. He crossed the finish line 0.03 econds short, leaving the French get away with the title. Elliott Heap from Great Britain stood on the third step of the podium, a good two seconds behind. Canada has a lot to look forward to with two other guys in the top 10, finishing respectively 4th and 7th. 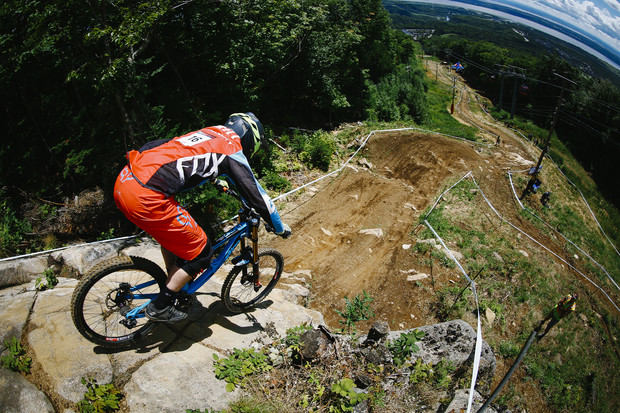 The Women's finals were just next. It was again a domination from British rider Rachel Atherton who finished 11 secondds before the next competitor Australian Tracey Hannah. Hannah, who prevented a podium sweep from Great Britain leaving Tahnee Seagrave and Manon Capenter behind. 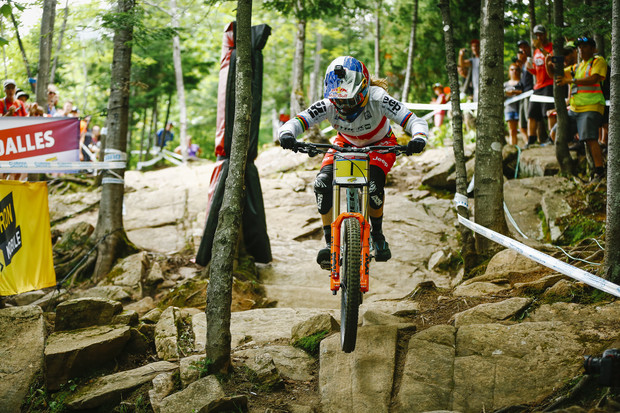 Finaly, 85 men battled for the first place at Mont Ste-Anne. The race was really close for a while until Loic Bruni, current World Champion, came in to beat the best time by 5 seconds. He sat on the highest step of the podium while 16 riders tried hard but didn't manage to beat him. 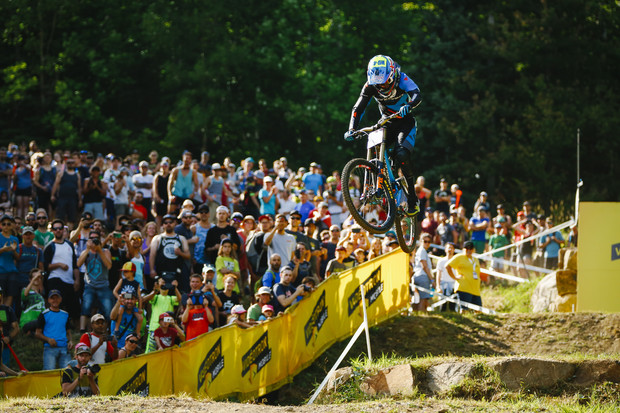 It took Danny Hart to get him to step down. Last rider Aaron Gwin was going last and the crowd was cheering hard for the current standing leader who was undeniably able to win this race. Luckily for Hart, he was unable to do so and finished second just in front of Bruni. 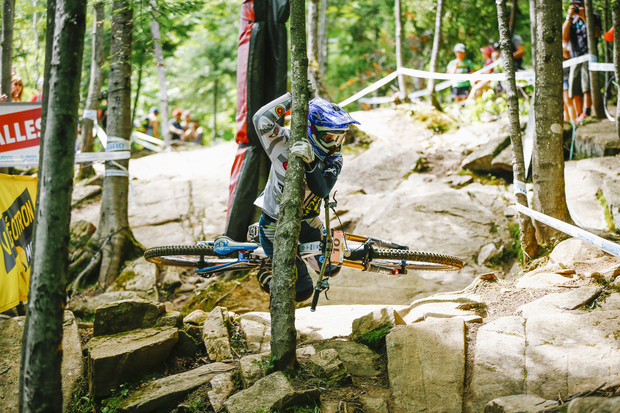 Let's see if Gwin is able to get back in first in Vallnord, Andorra Sept 3-4, the next UCI World Cup stop. 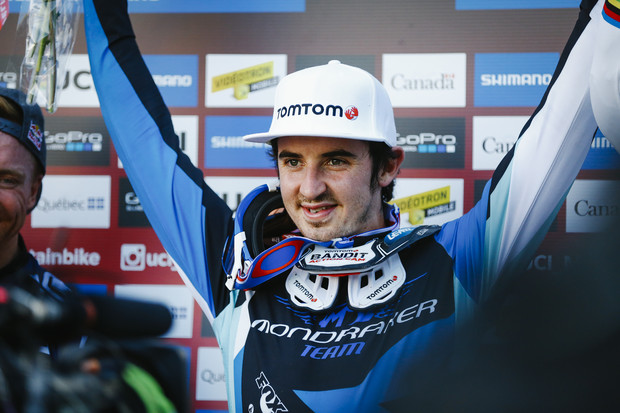