This is Lynden’s first win in The North Face Big Mountain, while Kuzma, of Wanaka made it her sixth straight victory in a row. 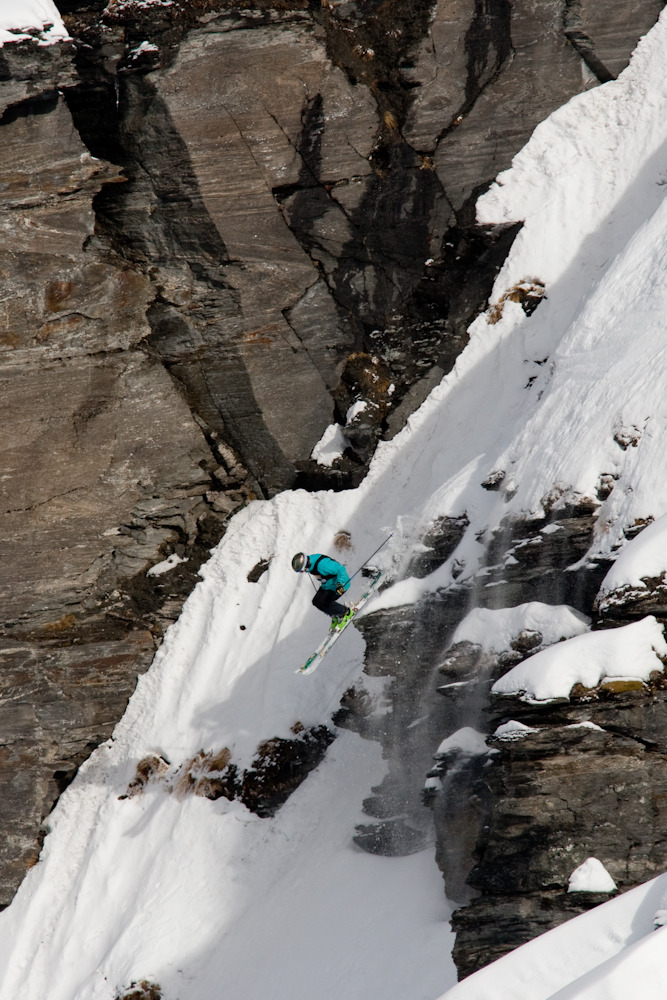 Lynden’s line was extremely technical, he skied the fallline from top to bottom, linking the most airs in one run. He ended with a score of 8.425 out of 10. Hot on his heels was American B Devine, a park skier who as a youth trained in moguls and ski racing with a score of 8.325 He showed progression in the sport, while choosing an easier line he incorporated his park style throughout the run and skied strongly to the finish. Kiwi skier and North Face team rider, Fraser McDougall, secured third with a score of 7.850.

“The eighth time’s a charm,” said Lynden. After eight shots at the podium, Lynden earned his spot at the top today. This is his second win at a Big Mountain competition, the first being at the inaugural Export Extreme Big Mountain competition at his home mountain Ruapehu. Lynden was smiling ear to ear and wanted to make sure that his parents and fiance were recognised for all the support they’ve provided while he’s pursued a career in skiing. He plans to compete at the two remaining qualifying events in pursuit of a spot on the North American Freeride World Tour stop. Lynden grew up on the North Island skiing Ruapehu but is no stranger to Treble Cone having instructed here from 2007 to 2009. 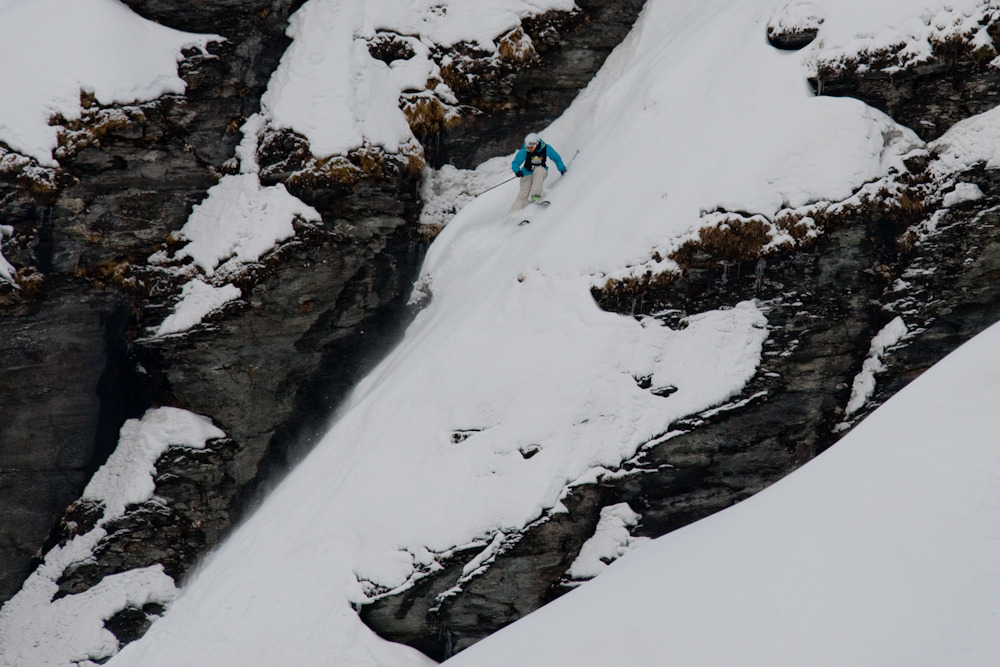 Kuzma, a North Face Team Rider, took out the women’s category with a score of 8.65. She skied in her normal strong style, linking a couple of good airs together and skiing aggressively from top to bottom, showing the judges why she’s earned a spot on the Freeride World Tour.

New Zealand’s Mitchey Greig, also a North Face Team Rider and Skier Cross Olympian, placed second. Her strong skiing background propelling her into her second place position and according to head judge, Dion Newport, “This shows why she should be skiing more big mountain competitions.” A rehabing Lorraine Huber, Austria, took out third.

“It was a great day, the women were straight off the bat and there were solid conditions but great smooth run outs. We had to watch out for the avalanche debris at the bottom but all in all it couldn’t have been better,” said Kuzma

“I’m stoked to hold my title and be six time champion.”

Kuzma added “Having Mitchey there added a bit of pressure, she’s an Olympian. Having a name like that competing in a different discipline brings so much hype for women in our sport and keeps us on our toes. I hope she keeps doing the big mountain comps.”

Establishing itself as the biggest event of its kind in the southern hemisphere and attracting athletes from across the globe, the Volkl NZ Freeski Open has now been officially recognised on the international freeski World Tour alongside the world’s biggest freeski events.

The North Face Big Mountain became a qualifying event for the Freeride World Tour last year and continues this year as a three star event on the tour.

The terrain in the Motatapu Chutes offered riders a huge variety of line choices with some of the steepest and most challenging terrain in the backcountry of Treble Cone ski area.

The action will be filmed and may be featured at the closing party of the Volkl NZ Freeski Open at Opium in Wanaka on Saturday if flying is possible Saturday.

The Volkl NZ Freeski Open is a collaborative effort by Snowsports New Zealand (SSNZ) and its member sport, the Freeski Association New Zealand (FSANZ), with an objective of promoting awareness and participation of snow sports and freeskiing in New Zealand and the Southern Hemisphere.

For more info about the event: http://nzfreeskiopen.com/.

Here's a video from the event (Music Serenity - Two by Two):