Interview With Julian Carr As He Signs To Icelantic 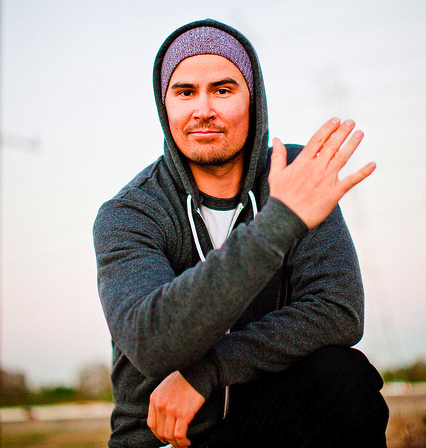 Julian, who has been a professional freeskier for 10 years, has an impressive resume. In 2006, he set the world record cliff drop on skis when he front flipped a 210-footer in Engleberg, Switzerland. Caught on camera, the feat won him Powder Magazine’s photo of the year. Julian has published his ski writing in national magazines and has been featured on the cover of national publications three times. In competition, he has been awarded the Freeskiing World Tour’s Sickbird belt buckle. And of course, Julian has accomplished all of this while running his successful company and cult-like brand, Discrete Headwear.

In light of Julian moving to Icelantic, Tetongravity.com caught up with the Salt Lake City-based freeskier to talk about his change in sponsorship, the best run of his life, and world enlightenment. Read the interview below and scroll down to watch Memoirs From The Mountain Episode 9 with Julian Carr.

Julian Carr: Atomic is amazing, Atomic's staff is amazing, and I've gained friends there that will last. I have nothing but great things to say about them, their product and my experience with them. It was pretty cool being part of a company that has so much history. And on the flip side, with Icelantic, it's cool to be with a young company that is creating their history everyday. The Icelantic team is built around some outstanding individuals that are busting their ass, busting moves and getting it done everyday. The creative and positive vibe you absorb from their team reeks with enthusiasm and success. I couldn't be happier.

TGR: Are you going to come out with your own pro model on Icelantic?

Julian Carr: I will be developing a ski with them, yes. Will it be the Julian Carr pro model? Probably not. Not my style. But rest assured, it will be a kick ass ski with kick ass graphics. The ideas are churning already.

TGR: What Icelantic skis do you ride on now?

Julian Carr: The Gypsy. Such a bomb ski.

TGR: When did you start hucking huge cliffs? Can you remember the first huge cliff you dropped? What attracted you to it? What did it feel like? What makes you want do it again and again?

Julian Carr: About four or five years ago, I was stuck I the 50-footer zone, but I finally had an intellectual epiphany that landing off a 100-plus footer would feel the exact same as a 50-footer. All I had to do was maintain my composure and relaxed status in the air for maybe one second longer — tops. So one day I hiked into the Hellgate backcountry with Adam Clark. I eyeballed and lined up an 80-footer we named "PAC-MAN," that I've jumped about sic additional times since. I just simply thought my way through it. Of all people, check this out, Rob Holmes was with me, he probed the landing as I was up top directing him where to probe. It was a go. I liked it and Rob Holmes liked it. As I was stamping out my in-run, now check this out, Jamie Pierre rolls up. First time I met him. He checks out what I'm up to and respectfully gives me my space and watches me line it out. I give Adam the green light. I punch it — a nice straight air, kept it tight, hit the ground and it felt exactly like all the other 20- to 50-footers I'd done. At that moment, I knew it was game on. The next year I jumped, straight-aired, a 175-footer on Dec. 4. I ended up jumping that cliff four times that year in Wolverine Cirque. Front flip, back flip and a spread eagle on April Fools day. And I went to Switzerland and got off a 210-footer. In that year alone I probably jumped over 25 different 100-plus footers. What a fun season, I also got to heli-ski in AK with Kreitler and Tom Wayes and skied the best line of my life. Tom Wayes said it is still one of his top runs he's watched. Love that dude, I call him Caveman.

TGR: Who is your favorite skier of all time and why?

Julian Carr: Billy Poole. He could ski anything put in front of him. He had my back in the mountains and I had his. Cheers Billy boy.

TGR: What's the best run of your life so far?

Julian Carr: Ha. I guess I already touched on it, but it was in Haines, Alaska. Last day of trip. Just an insane line with a spine gap transfer ramp jump thing, land, bust a mandatory left that led to six house-sized pillows, then out. I skied it well and got three published photos from that one line. It was my last line of the trip and I'll never forget it. And being able to do it in the presence of Wayes and Kreitler was really cool for me. I love sending big airs, but I really just love skiing straight-up and to cruise around Alaska with two of the best skiers and get their endorsement meant a lot to me.

TGR: The logo of your hat company Discrete is inspired by The Tower Of Hanoi — a legendary puzzle that asks monks to stack 64 discs one-at-a-time from one column to another, according to specific rules. Smaller versions of this puzzle exist as a game. Have you solved this puzzle? How long did it take? How does the concept of this puzzle apply to you and your company?

Julian Carr: I love this question. I learned of the Tower of Hanoi in a computer science class called Discrete Structures. Obviously, that is also where I got the name for Discrete, too. Anyway, yes, I did conquer the tower, it really isn't that hard, but the solution is an algorithm that I actually had to design a computer program to execute the algorithm on. It was much easier with only five discs verses the 64, though. Ha. In the real Vietnamese legend, once the 64th disc is complete, the world will be enlightened. And get this, this is also supposed to go down in Dec. 2012, so the Mayans and Vietnamese might be up to something.

TGR: How might Discrete and Icelantic collaborate in the future? Any ideas in the works?

Julian Carr: Plenty. I'll be cruising around with those guys in Germany for ISPO, then skiing around Switzerland, so we'll be getting chatty, for sure.

TGR: You grew up in Salt Lake City and you live there now, what keeps you in SLC?

Julian Carr: Clean, safe and beautiful are the fundamentals of SLC. But beyond that, it's a world-class city with world-class snow. I love skiing, but I also love having friends in SLC that don't ski. I can go chill out with them and just be me, not Julian the skier all the time. Love it