Bryan Allegreto has been studying snowstorms since he was a kid growing up in Ocean City, New Jersey. A widely respected amateur forecaster, Bryan has been predicting impending snowfalls as well as long-term weather patterns for the Lake Tahoe ski and snowboard community since he moved there six years ago. Given the absolutely dismal start of the ski season in Tahoe, people around the lake have been hanging on every word Bryan posts on his website Tahoeweatherdiscussion.com, looking for any sign of snow. Now with a slew of massive storms set to hit the region come the end of the week (which Bryan successfully predicted back in mid-December), we took the time to sit down with Bryan and see how his meteorology hobby became a public obsession.

TGR: How did you get your start in meteorology?

Bryan Allegreto: Basically, I’ve been obsessed with snow and weather since I was a kid – especially snow. That kind of sucked growing up in New Jersey since we don’t get a whole lot of snow. I spent most of my childhood tracking whatever snow was coming to Jersey, and then when I got a license, started tracking storms into New York and Vermont. I’d track these big storms, cut school, and then try and get stuck in a blizzard so I could go snowboard, or even simply just to be in all that snow.

Moved to Truckee to work for Booth Creek after college, and started tracking storms coming into Tahoe. I would tell people in the office when the snow was coming and once they realized that I was pretty accurate at predicting storms, everyone would constantly be asking me when it was going to snow, and there were so many people on my e-mail chain, so I started a blog. I started writing a weather blog everyday. There was a guy in Mammoth, Dr. Howard Sheckter, writing a weather blog for Mammoth and everyone in Tahoe would read that, but Mammoth is still a couple hundred miles away and in a totally different weather pattern, so I started doing the blog first about Northstar, then another about Sierra-at-Tahoe, and then in 2009 I started Tahoeweatherdiscussion.com to forecast for all the resorts around Tahoe.

TGR: How do you research and put your posts together?

Bryan Allegreto: I’m constantly checking weather reports and other blogs and running models. I wake up every day at five or six o’clock in the morning, and I just start looking at weather models. I’ll run them over and over again just to make sure I didn’t miss anything. For the long-range stuff outside of five days, I’m looking at tons of teleconnection forecasts, ocean temperatures, upper atmosphere temperatures, the patterns in Europe, the patterns over Asia, over Siberia, over the North Pole, the Pacific, the Atlantic — everywhere. I spend a lot of time researching weather phenomenon that I’m not familiar with as well. That’s been a big part of getting better with the forecasting. 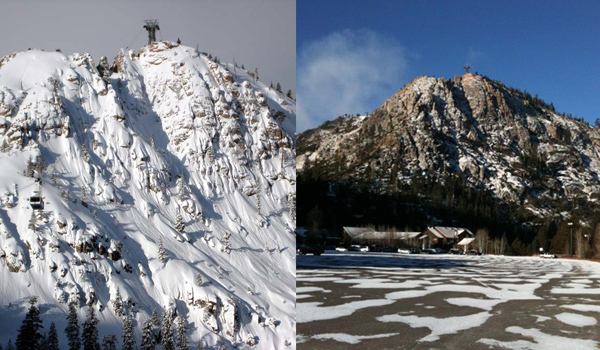 TGR: What’s been your proudest accomplishment since starting the blog?

Bryan Allegreto: I think my proudest moments are when I go against the grain, when I’ll see the opposite of the National Weather Service forecast, and call it and get it right. But long-term forecasts are where I really get excited because no one is putting out long-term forecasts, and I work my ass off to do so. Like with this six-week drought in Tahoe, I started saying December 16 that I saw this pattern coming where I thought the cold air would drop down from Alaska, down the west coast, and that a block would set up around the Aluetians above the Bering Sea. I thought that would change the pattern and send the storms underneath into California and combine with the cold in the Pacific Northwest and set up a big snowy pattern in the middle of January, which is what is happening now, with a good line of storms coming to Tahoe starting the end of this week. It feels like winning the Superbowl when I nail that because I was just throwing out theory a month ago. I remember last year on Halloween I predicted it would snow one hundred inches the week before Thanksgiving, and no one took me seriously. Then we got a hundred inches the week before Thanksgiving.

TGR: What’s your feeling for why it’s been so dry this season?

Bryan Allegreto: We’ve had a strongly positive Arctic oscillation [where high pressure at mid-latitudes pushes ocean storms farther north], and that’s just kept the jet stream really far to the north. The whole country is dry — I read somewhere that the first week of January was the driest on record across the country. The past two winters, the Arctic oscillation has been strongly negative [where high pressure sits above the Arctic and pushes storms south] and we’ve had huge winters in Tahoe and the Northeast and tons of cold in the country. But it’s supposed to dip strongly negative towards the end of the month into February. So we should have some great storms coming in February after it dries out for a week. You can’t call the season off here until June — last year it snowed all the way until the middle of June after a January lull just like the one we’ve been having.

TGR: Do you see any evidence of climate change in this year’s strange weather?

Bryan Allegreto: I’m on the same boat as Dr. Howard down in Mammoth as well as Joe Bastardi from the East Coast; he’s one of the famous long-range forecasters from Accuweather. We obviously know that CO2 levels are rising, but we just see it as such a small trace gas. There’s so many other big physical things that we see in the weather that control the patterns — the oceans, the sun, volcanoes, and lots of other influences that have a lot more power over weather patterns than CO2 itself does, based on the evidence I’ve seen following weather all these years. Everyone knows how dry and warm it’s been in the States so far this winter, but if you look across the globe, temperatures are actually running 0.2 degrees Fahrenheit below average for the week, and they’re forecast to drop 0.5 degrees Fahrenheit below normal next week 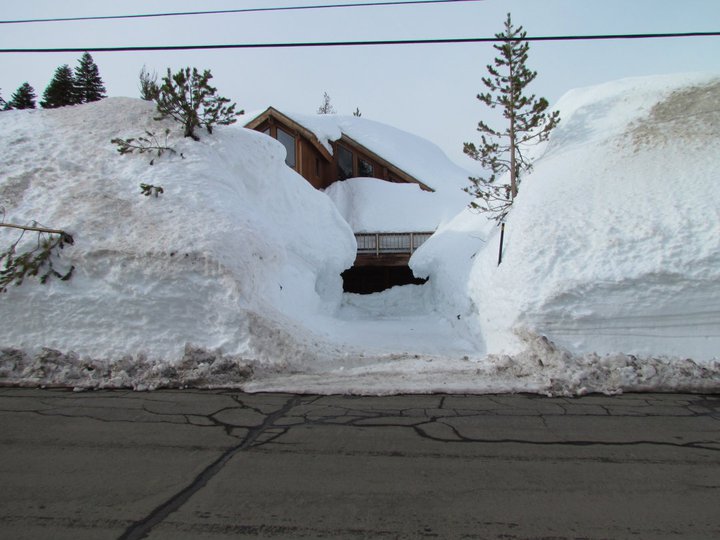