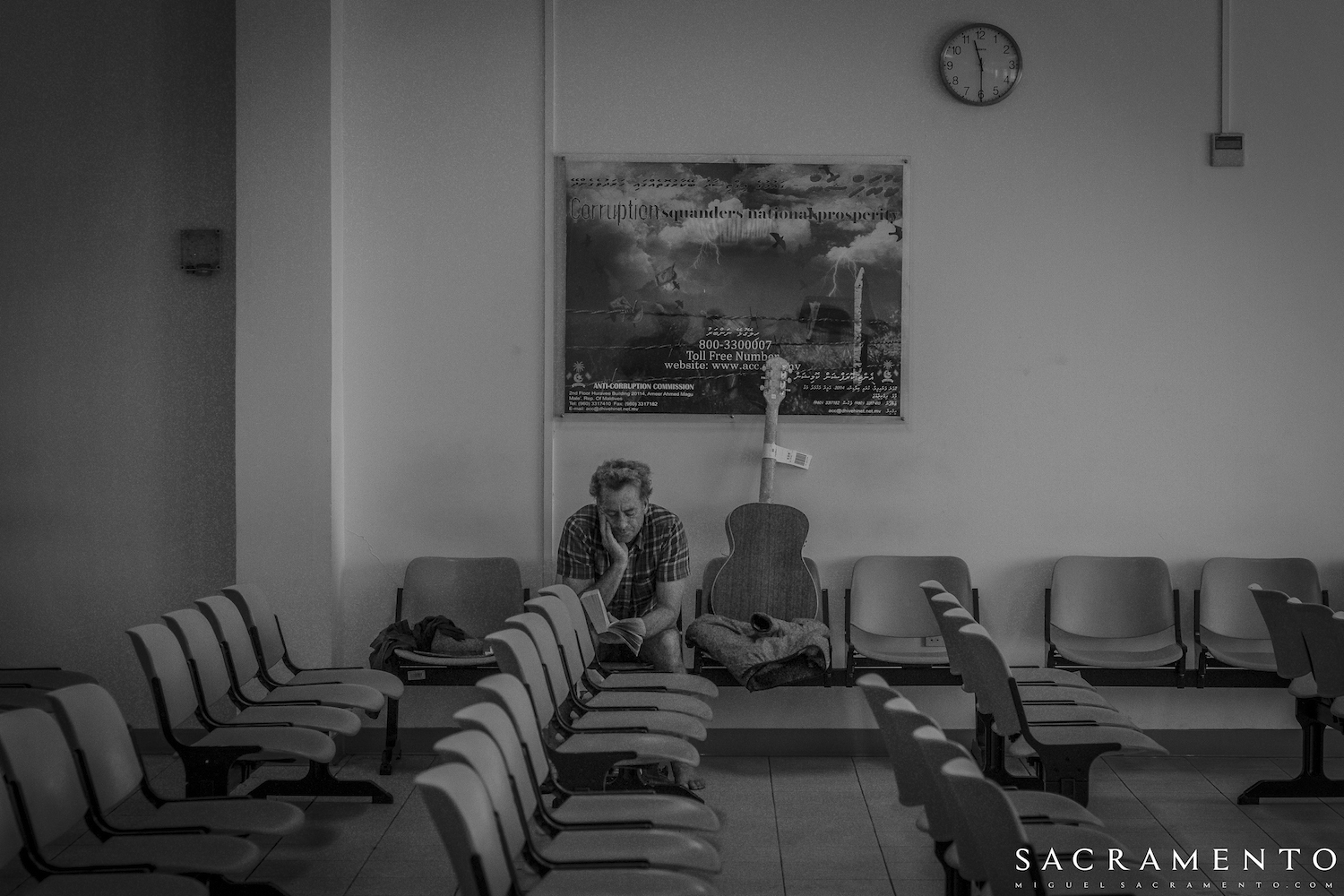 Surf legend Tom Curren recently joined a LUEX Travel Maldives boat trip as surf coach, scoring some great waves from the beautiful yacht ‘Gurahali.’ Towards the end of the trip LUEX CEO Tim Heising sat down to interview Tom, about everything from his favourite retro boards, to surfing skimboards and the challenge of balancing family life with a professional surfing career.

Of course the places like here - the Maldives - are absolutely incredible. The water colour is, I think the bluest water I've ever seen actually, and the waves are good: you get a good swell and you get barreled all day

Tim said about the trip: "Surfing with Tom was such an awesome experience. He doesn't really need an introduction - he's for sure one of the legends of the surfing world. Everyone's seen the videos of his soul carves at JBay back in the day... Most of the time he's just such a genuine and down to earth guy, but when he gets in the water he really does rip - somehow even surfing the open faces on a skimboard!

The full version of the interview is available here on LUEX Magazine.

Tim H: Hey Tom. Great to have to have you on the trip

Tim H: You are one of the few guys who have really seen board shapes evolve: you've been riding single fins, twin fins, thrusters, quad fins, everything, right? What kind of boards from the old times are you missing the most, or are you taking out the most?

Tom C: Right now I've been starting to ride twin fins again, so that's been a lot of fun. The thing about twin fins is that they just really have a lot of drive, and they're a little bit hard to control. But around 1979, I think, was when I started riding twin fins. That changed everything ‘cos we were riding single fins before, and then this year I happened to try out a couple of twin fins that were really fun - a little hard to ride backhand. But I've tried twin fins, on like a modern board, and on some of the new fun shapes it works really well. Single fins are a lot of fun but, you know, it’s just a different thing. You don’t expect to get the same out it as a regular conventional 3 fin.

Tim H: And do you use old shapes when you take out your twin fins, or do you combine more modern shapes with twin fin set ups?

Tom C: Actually I’ve been trying more of a modern shape. I have this one board that I tried called a Wizard Sleeve. It's an Al Merrick design, and basically it has kind of a rounder nose on it, and a little bit more width forward, which is kinda like what a twin fin is. Overall a twin fin set up doesn’t work as well on a regular thruster, so if you just put twin fins on a regular 3 fin set up board, it will work, but it wont work as well. So you want kind of the wide point forward.

Tom C: Yeah, the boards Daniel (Thomson) is making now. I have a 5’2 and a 5’6, seems pretty small but there's enough volume and they're made from extruded polystyrene, so they tend to float more than polyurethane foam [boards]. Daniel's a really good surfer and he's made a lot of experimental shapes, and it's great to see what he's doing. I really like the parallel aspect of the boards because you can really, they just seem to go faster, I think. So I think he's got some kind of breakthrough there because he's gone real narrow but the board is more parallel. So I think what he's doing - it’s not perfect - but it's maybe an advance. 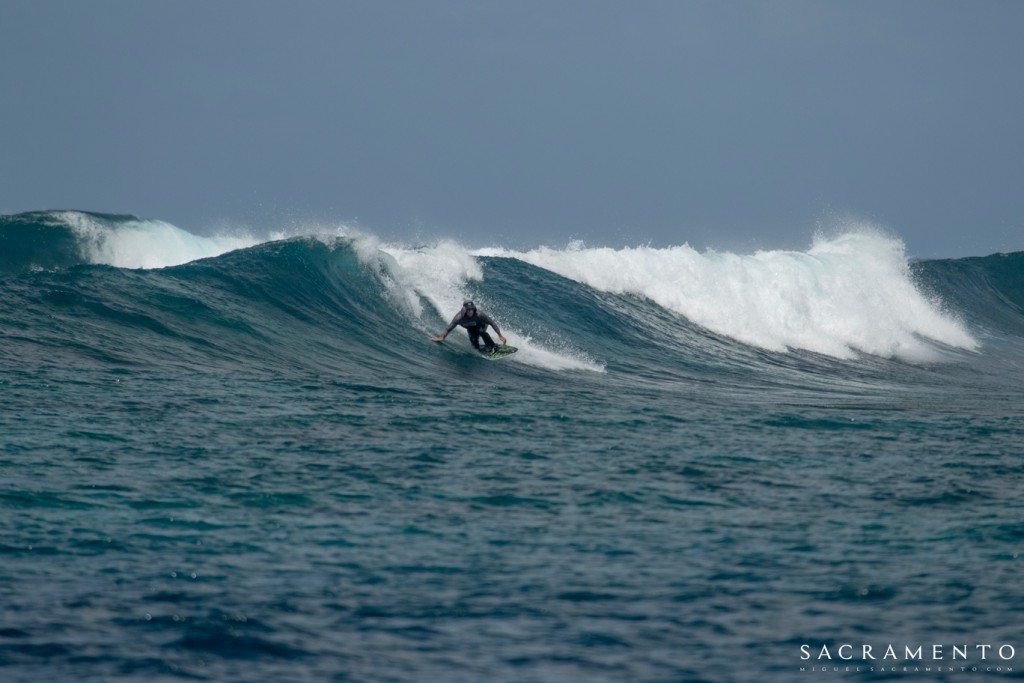 Tom C: I started riding stand up on a boogie board and it was kind of a fun thing to do at home in the summer. The boogie board is, I think, one of the greatest inventions ever because its just an amazing piece of equipment: so small, so simple right, and it has the flex, and you know it just works amazing and people are doing great things with the boogie board. So if you get in the right waves you can get a good ride, but now the skim boards. I was surfing with Brad Domke in Mexico, and just kinda watching what he's doing, trying to figure out how he does it, because he’s really surfing the wave with the board like a surfboard. The key is the edge is really hard, so it stays in the wave face and you don’t need fins as much with that really hard edge; it holds in so the fun thing about it is you can go really fast, but the hard part is that, y'know its obviously very hard to paddle. I use a soft board to catch the waves and stuff, but it’s a lot of fun. It’s hard too, so I like the challenge I guess.

Tim H: So if you were to go on a boat trip with your friends, no promotions, no photographers, nobody on it, were would you go?

Tom C: Wow, that's a great question. A boat trip. Where I live is actually really good for boat trips, you know. Santa Barbara is kinda ideal to have a boat, 'cos especially in the summer there's a lot of waves on the islands, but the islands are in front of the town and so I haven’t had a chance to do much of going out on a boat trip at home. So I would maybe try to do that actually. And of course the places like here - the Maldives - are absolutely incredible. The water colour is, I think the bluest water I've ever seen actually, and the waves are good: you get a good swell and you get barreled all day. It’s a bit far, but it’s definitely worth it.

Tim H: So, what would you look out for in terms of boat requirements, and toys and so on? Do you pay a lot of attention to things like that, or would you rather just go with the flow and your buddies, and don’t really care about [the extras]? Or what kind of criteria are you looking into when you charter a boat?

Tom C: I guess the big luxury is air conditioning in the cabins - that is a beautiful luxury right there. Other than that it’s pretty easy for me. You know, every day we've had really great dinners and lunches and that: you’ve gotta keep exercising ‘cos the food's so good! But yeah, this has been just a great trip. This is just a great boat you know, and it can handle a good crew too.

Tim H: So tell me a little bit about music. I mean, you're putting a lot of time into music, right? Would you consider yourself now more a musician or more a surfer?

Tom C: Well the music has really come at a good time for me: I've been able to spend more time playing, working on songs and recordings, and I’ve done a few tours and stuff like that. I'm going to Japan in a couple of weeks to do a tour there, and then I'm working on a new album right now, so it's kind of a big part of what I'm doing now. At the same time I have a lot of travel stuff with Ripcurl, and I’m doing a lot of stuff with the team. 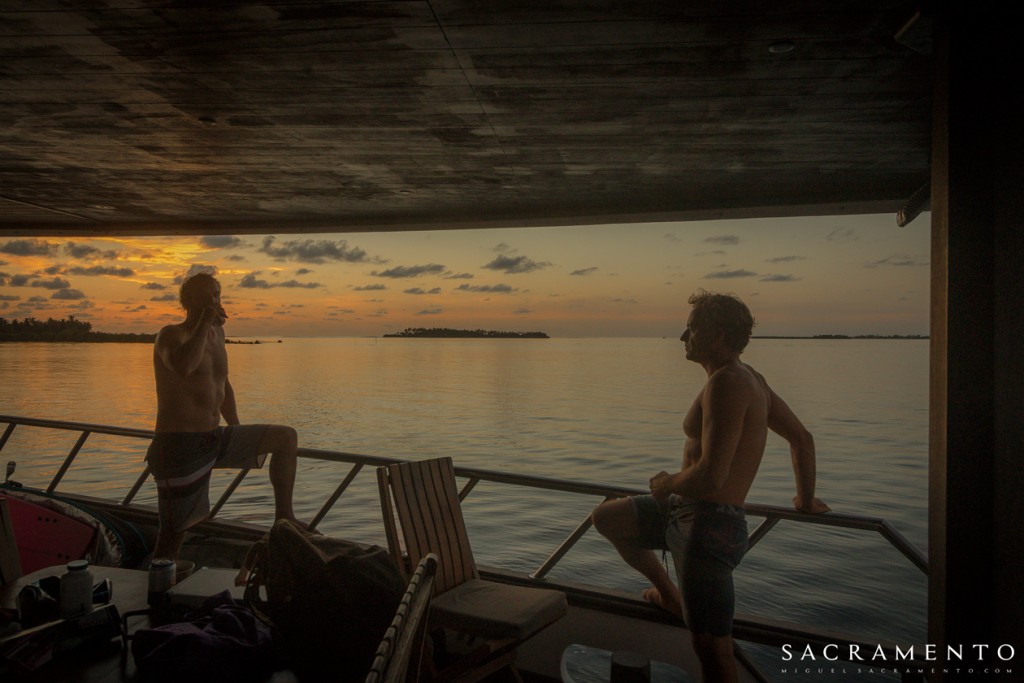 Tim H: That's pretty cool. So there's surfing, there's music, and obviously there's family as well. What does family mean to you?

Tom C: Family is obviously very important for me. I get to travel with my family and stuff, so that's really good. My kids all surf and we travel together sometimes. Sometimes we're all together at the same place, but that’s actually not very often. My kids are all pursuing their careers, and that has a lot to do with surfing. One of my sons lives in Australia now, and my daughter is going to South Africa soon, so I'm trying to figure out if I can go and meet her down there. So I try to, kinda… They're all doing their own thing, they're a little older now, so I kinda have to just figure out what their schedule is and work into what they're doing. But we've had some great times. Had a really good trip to the Ivory Coast with my daughter - one of the best trips I've been on. We had a great time. Surfing and travelling is obviously really extra special when you can do it with your family.

Tim H: So have you been very egoistic, and put surfing and music over family at times, to achieve what you have achieved? I guess so, right - I mean, you have to be?

Tom C: Well, yeah, sometimes. Sometimes, I'm just like, “I can't talk to you right now, I'm busy.” But it's not that often, you know. But sometimes. As long as you have a balance I think [it’s ok], you know, like my wife won't be offended.

Tim H: 'Cos obviously a lot of stars have to be egoistic, if they want to combine a sports career with family, right? So it’s not really a question of if you have been egoistic, but have you been sometimes, too egoistic?

Tom C: Yeah, sometimes I suppose, certainly. Obviously the balance is important. I think if something that I'm doing is important to me, then my wife will understand. Mainly it’s her because, she'll say “what are you doing, you're supposed to be home last week, we've gotta, you know, what's going on?” But she’s very understanding as well, and I think she can respect that actually: this is my job. I surf, and I'm so fortunate, and I don't know, I just feel really lucky. But of course, if you lose that balance, then it’s not rewarding in the long run anyway, ‘cos you have to have that balance. Otherwise you wont have any more family. 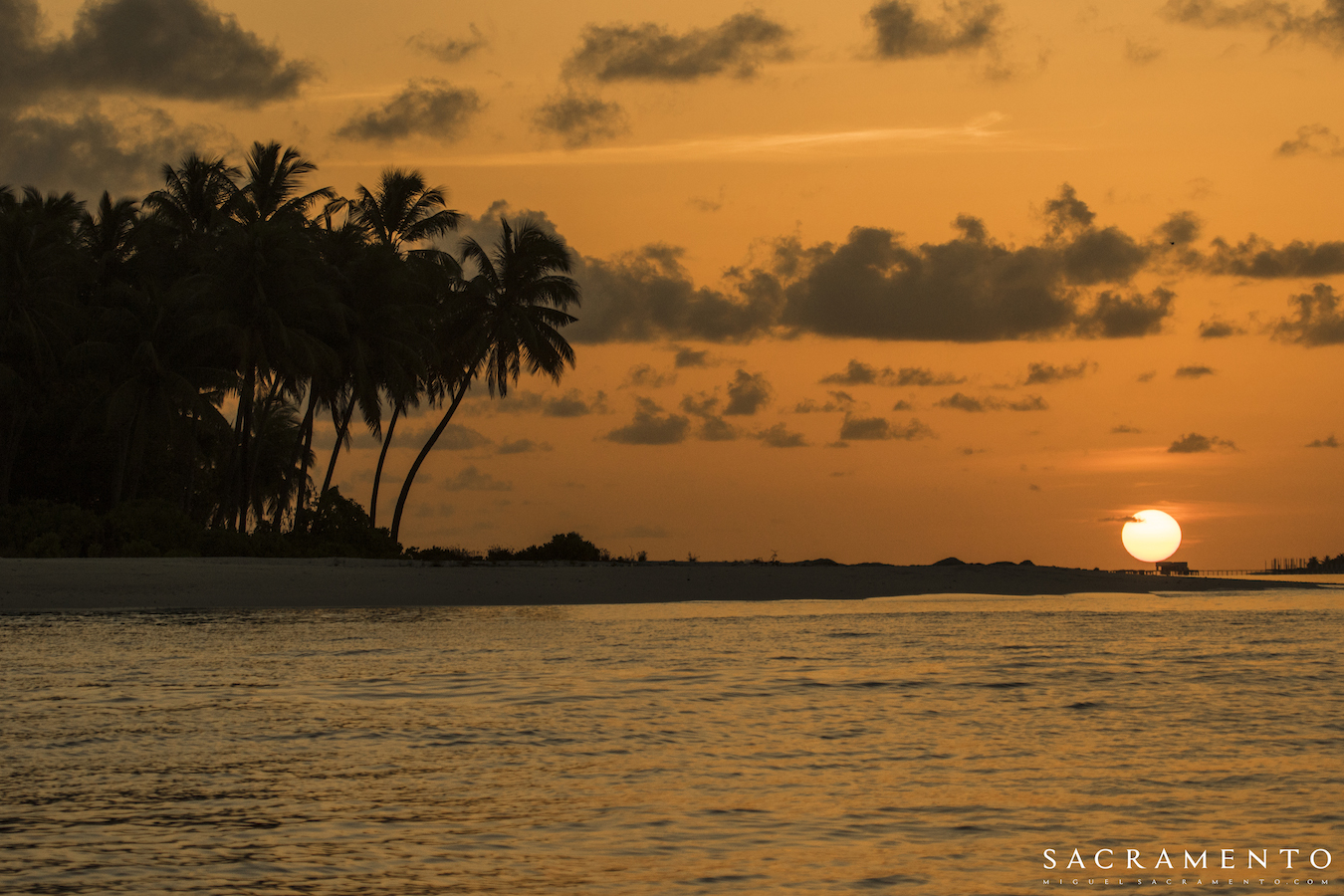 Tim H: That's pretty cool. So basically I think I'm pretty much finished, the only last question really, is “who was the most impressive surfer on the trip haha?”

Tim H: Hahaha can you say it again, like, what you told me the other day haha?

Tom C: Tim, Tim, how did you learn to surf when you're from Germany? And surf good too, so well? I don't get it!

Tim H: Haha I think that's everything that we needed for this interview, Tom. Tom, really I love you so much, like hahaha, you really made the trip for me, seriously. Cheers.

Tom C: Thank you, thank you. You too.