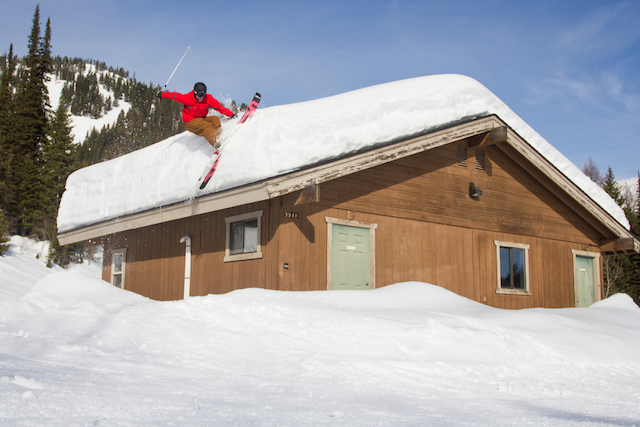 As you might have heard TGR's 2018 Grom Contest is underway and we're looking for the next big snow film star. If you or a friend have what you think it takes to turn some heads in the industry, put together your best edit, head to the contest page, and follow the rules for entry. It could just be your big break in the ski industry.

Don't believe us? Then don't take our word for it; hear it from Parkin Costain. The Montana-based Costain, as you may recall, won the 2015 edition of our Grom Contest. In the three seasons that followed, Costain continued to build momentum in the ski industry, winning Quiksilver's Young Guns contest, going pro with Line Skis and, this season, filming with us here at Teton Gravity Research.

It's been a rollercoaster trip for the 18-year-old Costain, and we decided to get him on the phone to talk about what it's been like going from Grom Contest winner to a full-fledged ski film star.

TGR: First off, what was it like in the immediate aftermath of winning Grom Contest?

PC: After winning Grom Contest, I started to get way more notoriety right off the bat. It's funny, I went from like 100-200 Instagram followers and nobody knew who I was, to then overnight having TGR share my edit on a platform with 300,000 followers, and gaining more followers than I have ever gained in one day.

To this day, my Grom Contest edit has gotten more views then any edit I've ever made. The whole experience was so crazy, because generally if you post an edit like that, there will be some negativity, but every comment I got was so positive on it. I was just this little kid that got to do what he loves and get his name out there. It definitely played a huge role in me going pro.

What role would you say winning had on you going pro?

PC: It definitely played a huge role. Each year since then has been another stepping stone to making it on the team. You don't realize it, but the industry pays attention to contests like this. Back then, the guy I work with at Line was like "I'm super proud of you," and you don't realize they pay attention to everyone who has ever been on their team or even just been on flow from the brand. It meant a lot.

I've been with Line for years, they were my first ski sponsor, and the vibe they give out is one I love. I got involved back when a local friend of mine was on the cusp of becoming pro with them. He saw I had a passion for skiing in a big mountain fashion, which Line wasn't really doing so much of at the time, and put me in contact with a local rep.

I was 9 years old and that rep was able to get me new skis for $200, which to me was insane, getting these $800 skis for $200. My dad was always super supportive of helping me film, and I started making my own edits. Line loved that, and they put me on flow, where they would give me a free pair of skis every year and sell me another for $200. For a fifth grader, that's like, the greatest thing ever.

Then I ended up entering Grom Contest because when Daniel Tisi won it, he got a sick segment in Way of Life, and I heard there was this contest where you could get a chance to film with TGR and I was like "What?! This is the coolest thing ever!"

After winning Grom Contest it was all like dominoes. I won, then I got a couple days out with TGR, but conditions didn't really cooperate. Then I ran into everyone from TGR's office one day while you guys were doing your bike test in Big Sky, and I came on as part of Bike Week to help test. People realized I was the Grom Contest winner from two years prior, and that I just loved all action sports and happened to be decent at skiing and mountain biking, and people in the TGR office started to recognize my name a bit more. I started talking with Dutch, and this year I finally went pro after winning YG Ski.

So, to bring this all back to where my story began with getting recognized by Line at a young age: Last year, I put together a couple sick days and won the YG Ski contest. Literally the next day I got a call from 4FRNT, and they offered me a contract and said "we want you to go pro." Then Blizzard came and offered a contract.

Line knew all of that and was like "you've been loyal so long, we'll just match those offers." I've been with them so long and love their stuff, it just made sense. It's funny how it all worked out: The past three years have been the culmination of a long trip.

What's life been like since going pro? How's filming been going with us?

Once i got my name out there with Line, other companies started to take notice and were like, "Oh, this is sweet we want you in our gear." I ended up getting a deal with Outdoor Research, and they're helping me film with TGR. 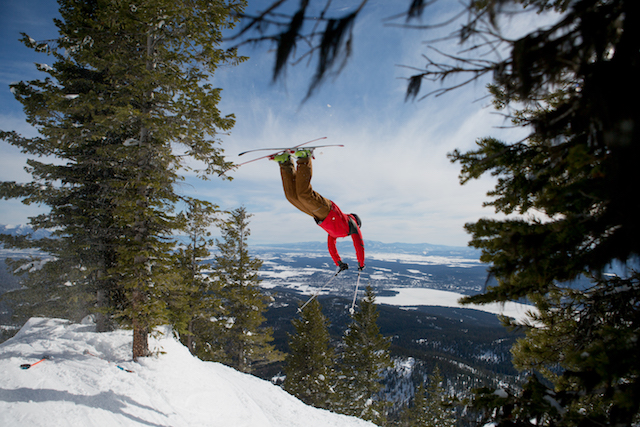 Costain's rise to the pro ranks has shown the importance of being willing to dive headfirst for your dreams. Nick Nault photo.

So I, just got done filming a trip with you guys up in Terrace, British Columbia, I was up there with Tim Durtschi and Colter Hinchcliffe, and it was pretty solid. It was kinda tough at times, the access to some of the lines wasn't what we thought it would be and the weather wasn't always cooperating, but we ended up hitting a bunch of smaller, pillow-like features and exploring the terrain around us and it was great. At the end of the trip, we started to hike some lines and make things come together; we were touring things we thought we'd access by sled.

I also have an Alaska trip coming up with you guys, but again, the weather just hasn't lined up yet. But once it comes together it will be legendary.

So what's next on the horizon? Any goals for next season and the end of this season?

Well, Moonlight Basin is another big sponsor I've partnered with, so I'm gonna make a segment come out of there. And even though the season started slow with a sketchy snowpack in the northern Rockies, it's gonna end on a high note. I have a couple trips to Alaska lining up, and have a bunch of unique ideas we’re putting together that aren't normally done. 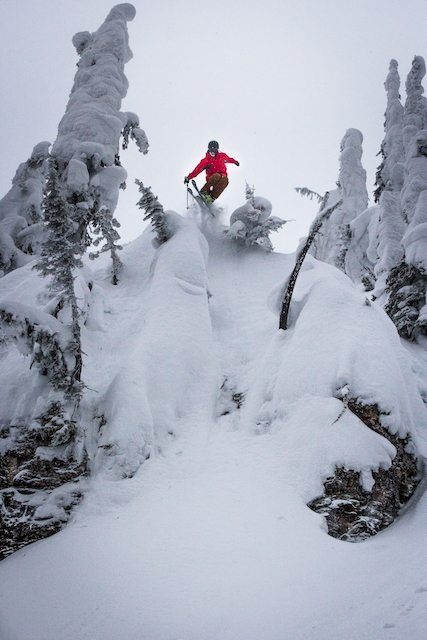 I've been to this heli ski operation in Haines, Alaska called Seaba a couple times, and they're gonna bring on a couple athletes and we'll be heli skiing with their in-house production team up there, and I'll be riding up there with them for the next five years. I'm actually bringing my sled up to Haines tomorrow and we'll longline onto some of these glaciers.

Coming up, I'm kicking around an idea with TGR to integrate some mountain biking, riding and trail building with my father–who's a professional trail builder–into a short film, but regardless once the snow melts, I'll be back on my bike.

This year, I didn't quite know how to put the season together with the money I got from my sponsors–I've never had that kinda cash in the past–but next year I have all these early, mid and late season ideas. I'm thinking I want to hit South America. I've never been there before.