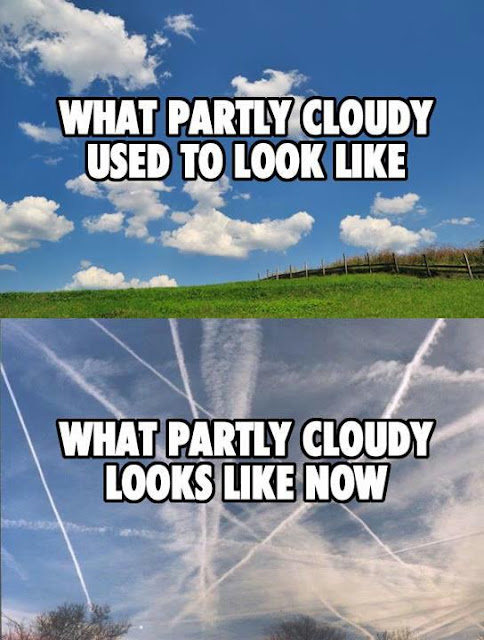 This summarized timeline focuses on the development and implementation of weather modification technologies in English speaking countries – especially the USA -- because that’s the language I speak and the territory I live in. Several other countries --notably Russia and China -- have developed similarly powerful weather modification capabilities over the same time frame, but delving deep into that history is beyond the scope of this paper or the translation abilities of its author.
Much of this information has been adapted and reformatted from Jim Lee’s Radiation Database, Harold Saive’s GeoEngineering Exposed, and Jeane Manning & Dr. Nick Begich's book "Angels Don't Play This HAARP". I offer many thanks to these researchers for their brave efforts and impeccably researched work.
This is certainly an incomplete history because weather modification, weather warfare, and geo-engineering are all shrouded by disinformation and secrecy. Everything mentioned here is true to the extent that we can trust "reputable" government and scientific sources to tell the truth in documents that were never intended for the general public. For a more complete timeline, check this out (updated regularly).
The purpose of this timeline is simply to show how long humans have been scheming to manipulate the weather and climate, and how far along these efforts have progressed. If you already believe that chemtrails and wireless energy (aka HAARP technology) are being used to screw with our weather and could have horrible impacts on human and planetary health, simply skip to the next chapter.
1877: Harvard geologist Nathaniel Shaler proposed channeling the warm Kuroshio Current through the Bering Strait to raise temperatures in the Polar region by 30 degrees. This is the first documented modern climate modification proposal.
1889: Visionary writer Jules Verne fancifully writes about engineering Earth’s climate in “The Purchase Of The North Pole”. Verne writes that the an anonymous bidder from the United States purchased large tracts of the Arctic and then used a gigantic cannon built into the flanks of Mt. Kilimanjaro in an attempt to tilt the Earth’s axis and thus render the Arctic inhabitable. The plan went horribly wrong. Like other books of his later years, in this novel Verne tempers his love of science and engineering with a good dose of irony about the potential for harmful abuse and the fallibility of human endeavors.
1890-1892: US Congress funds rainfall enhancement experiments overseen by General Robert St. George Dyrenfoth. Conducted in Texas these experiments utilized balloons carrying explosives to see whether explosions in the atmosphere would create rainfall. Experiment discontinued due to obvious failure of this method.
1900: Nikola Tesla applies for patent for a device to transmit Electrical Energy “Through the Natural Mediums”. U.S. Patent #787,412 issued in 1905. Wireless energy transmission was subsequently suppressed by powerful business interests keen on profiting from a wired electrical grid. Wireless electricity would be much harder to "meter" and thus charging individuals' consumption would be harder to control. Wireless power transmission is NOT a new technology, and can be used to unnaturally modify large portions of the atmosphere. Electrical signals travel in waves, and all matter has a resonant frequency. Heat is resonance within matter. Zapping matter with the right resonant frequency causes heating. Wireless electricity transmission opened the door to manipulating Earth's atmosphere wirelessly.
1904: US government begins using airplanes to conduct atmospheric research. The Wright Brothers historic first flight took place in 1903. Uncle Sam didn't wait long to put their amazing invention to work in weather research. As we shall see this is consistent with all major technological breakthroughs that can be applied to weather monitoring and modification.
1912: New York Engineer and Industrialist Carroll Livingston Riker proposes building a 200 mile jetty off of Newfoundland to increase the Gulf Stream’s flow into the Arctic Basin to open shipping lanes around the North Pole and to make the far North inhabitable with the added benefit that it would “shift” the axis of Planet Earth. The New York Times characterizes the proposal as “amazing”… but not insane.
1917: Norwegian meteorologists begin experimenting with air mass analysis techniques which revolutionize the practice of meteorology. Manipulating air masses with chemicals and wireless energy is the foundation of modern weather modification.