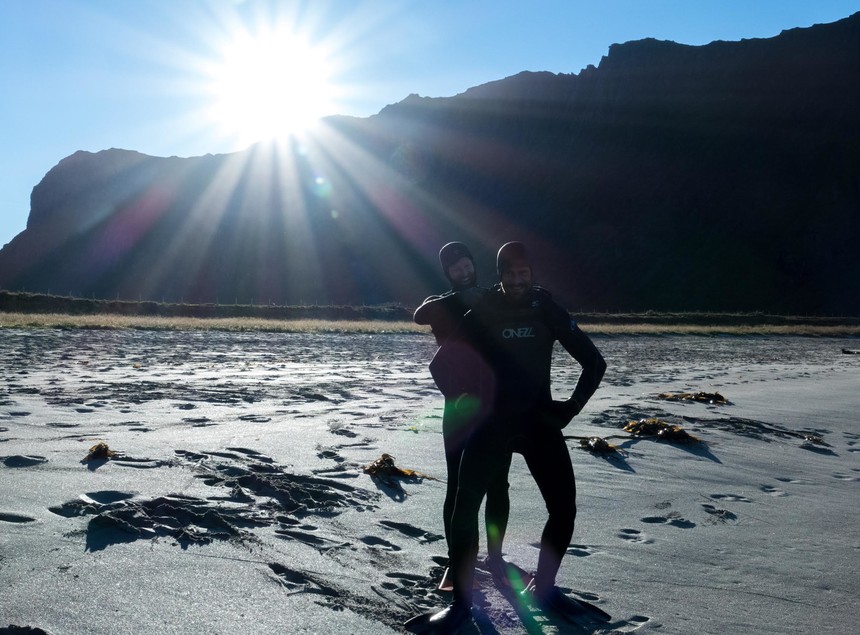 I first met Kim when he was cooking a lamb he had recently butchered out in the woods. He was living in a tent to the north of Unstad Beach in Lofoten, Norway, living off the land and making do in the ways he knew how. The story of the lamb is a long one, better for another time and a few beers. The story of Kim learning to surf is the one for today.

Kim had recently arrived in Lofoten with the intention of learning how to surf. Living on the mainland for many years, Kim had spent time on the sea as a commercial fisherman and knew very well how to handle himself above the water, but when it came to finding his way in the water, he was out of his depth. Unfortunately, shortly after arriving at Unstad Beach, Kim suffered some health issues and was forced to rest for a while instead. His dreams of cold water surfing put on ice for a while.

I was in Unstad, staying at the Unstad Arctic Surf Camp (where I first met Kim mid-lamb roast) for the Lofoten Masters surfing competition. The competition came and went (I finished 5th, which isn’t bad for an ex-pro bodyboarder riding a surfboard) and I had always planned to stay and experience more of the place before heading back to the south of Sweden where I live. After all the competitors had left, there was only a handful of us remaining and Kim, who was still staying in his tent out by the north forest.

With the competition over, us few travellers remaining from different corners of the world could take the time to get to know each other better. Building fires by the beach, sharing stories as the northern lights danced far above us – it was a great time to say the least. During one of these times, Kim’s story was revealed (his desire to learn to surf) and I decided to offer some help. 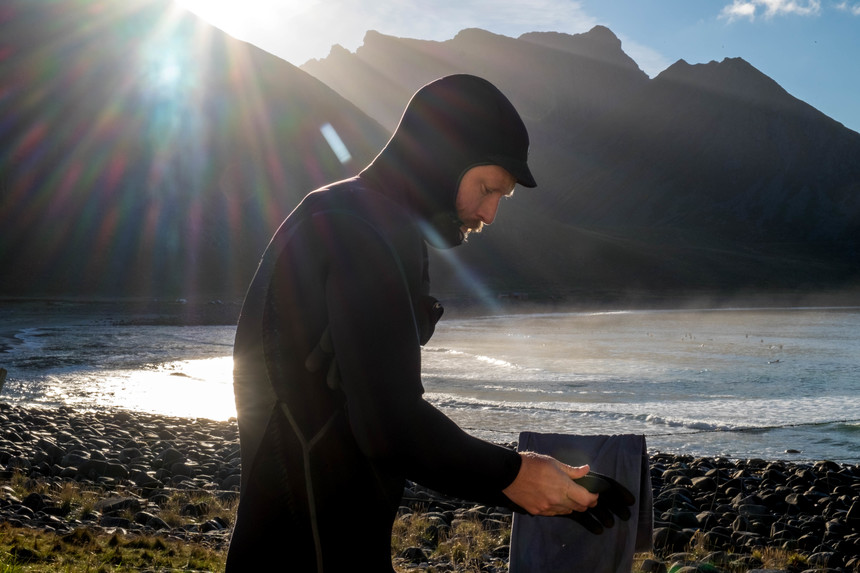 The waves had dropped significantly since the competition, but the conditions were still as perfect as they could be. I had brought along my bodyboard and fins in the off-chance that some slabbing waves might be found in the area. With conditions this nice yet lacking any real punch, the idea of bodysurfing seemed like a novel one instead (I mean, at least I would be able to say to my kids one day that I bodysurfed in the Arctic Circle right?)

With Kim wanting to learn to surf and me keen to strap on my fins and catch a few rollers, I offered to introduce Kim to surfing from the best starting point I could think of – with the wave, bodysurfing. 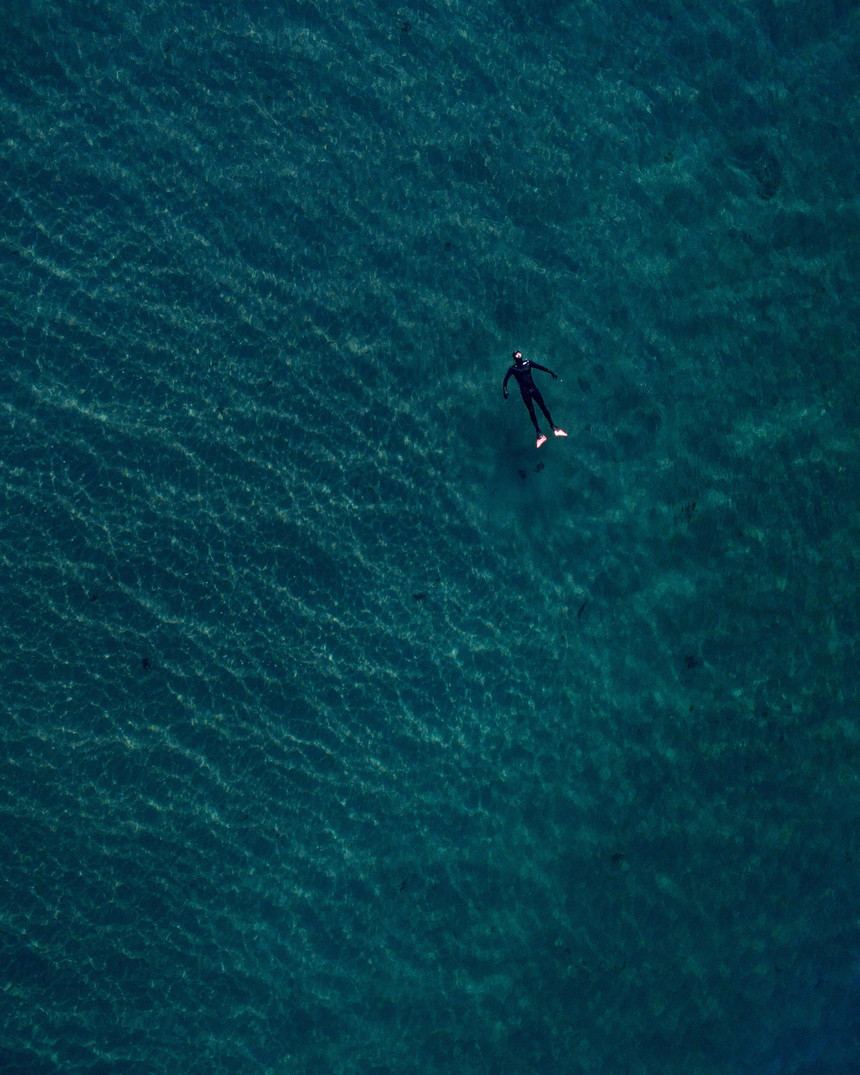 We ventured down to Unstad Beach on a frosty morning that had my bones aching as I walked bare-foot down to the shore. The water was certainly fresh and gin-clear, with the swell possessing enough energy to drag us along as the waves slowly approached the sandbar. 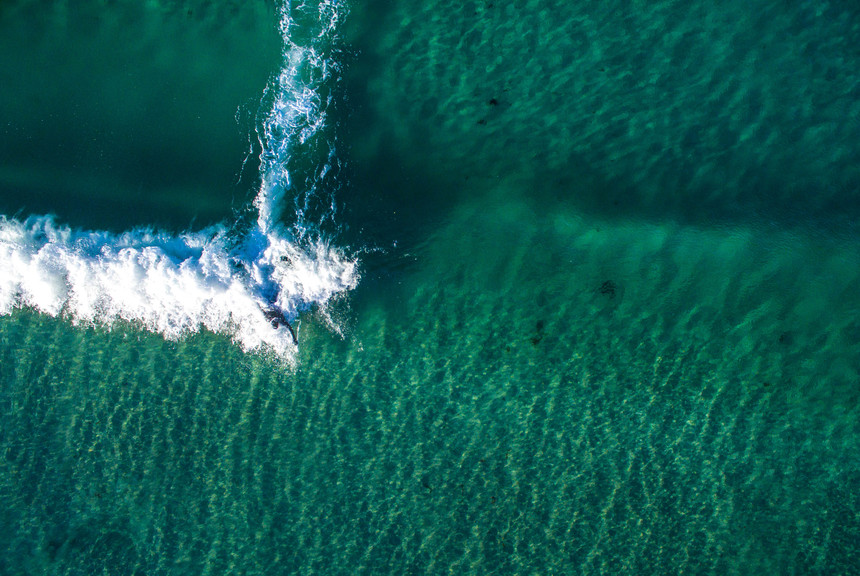 Kim is a Viking, and proud of his culture and the Norse myths that his forebears subscribed to before Christianity swept across the fjords a thousand or so years ago. In the frigid waters of Unstad as we waited for the next swells to carry us away, I asked Kim if there was a Norse god of the sea who we might be able to request a few decent waves from. He told me that Rán was in fact the Goddess of the Sea and he said that he didn’t know so much more about her.

I later did some research myself and read that she was known to cast her net and capture unsuspecting men in the waters.

Judging by the stoke on Kim’s face as he bodysurfs the frigid swells in the video below, it looks as though Rán’s net has claimed a willing victim this time.