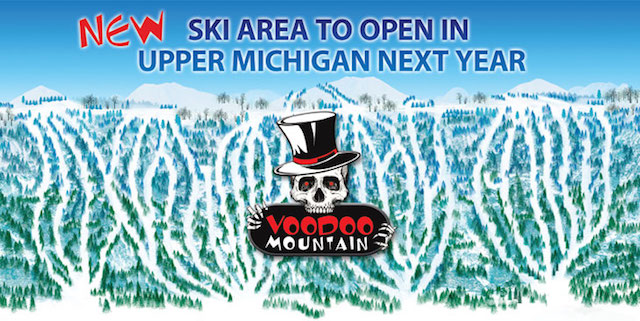 The world of Midwest skiing is a fairly mythical topic within the winter sports industry. No one really knows if it actually exists–or if it does, what they should say about it. But that's all going to change next season because a midwestern ski resort announced the first snowcat skiing operation ever in the Midwest–Voodoo Mountain–which will open next December in Michigan's Upper Peninsula by and nearby the infamous Mount Bohemia, the mecca of Midwestern steep shredding. 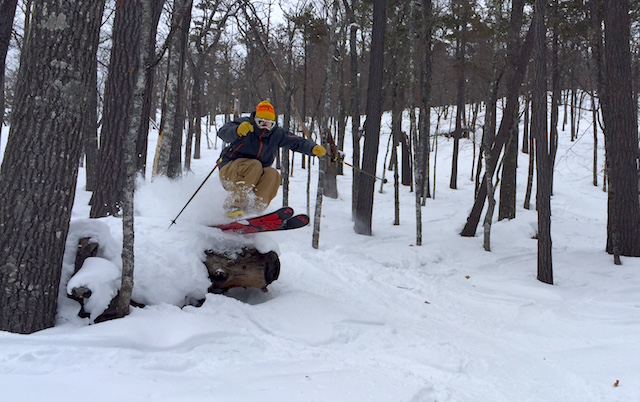 Voodoo Mountain is the newest ski area coming to Michigan for the 2015/2016 season and the Midwest's first cat skiing operation. The new area will be developed by Mount Bohemia, another ski area about seven miles away on the U.P. that also styles itself on its "no beginners allowed" skiing and riding.

Although Voodoo might still warn away pure beginners, it will be more intermediate than the steeper terrain of Bohemia–but no runs will be groomed, and the lack of chairlifts might deter some less extreme skiers and riders from going. As evidenced by the response on Bohemia's Facebook page, some of their potential customers don't even understand what cat skiing is.

But with a 700 foot vertical drop, plus an eventual 1,200 acres of terrain, the mountain could, if fully built out, be the largest ski area in the Midwest. Calculate in the almost 300 inches of snowfall a year plus the mostly north-facing runs, and Voodoo will be Midwestern heaven to anyone who will want to ski powder, even late into the season.

"The mountain will be an insanely unique powder skiing experience for the Midwest," said Lonie Glieberman, the president of Mount Bohemia. "It's not quite Colorado, and yet it's not quite Michigan, either." According to Glieberman, the idea for the mountain has been in the works for quite some time now, but the 2015/2016 season feels like the right time to make it happen.

Rumor has it that when the mountain is completely developed, it will span almost two and a half miles and cover four different peaks. But for the 15/16 season, it looks like there will only be about 150-200 skiable acres of terrain. 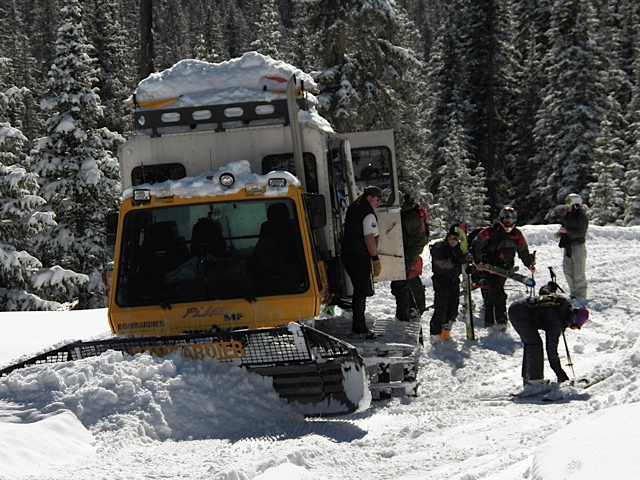 Voodoo's cat operation will support 18 guests supported by two guides on Wednesdays and Saturdays only for 2015/2015. Photo via a TGR article on San Juan Ski Company.

Since the announcement of Voodoo Mountain on Mount Bohemia's Facebook page, it seems like the general consensus in the 270-ish comments is that the cat skiing-only mountain is "Going to be so rad," and "I'm gonna splitboard the shit outta this place," and "Wut's cat skiing?" So, basically, the people of the Midwest seem to be stoked. More or less.

According to Mount Bohemia's new Voodoo Mountain website, the plan right now is for the cat skiing operation to operate Wednesdays and Saturdays. There will be 18 guests to a cat and two guides for each trip. Both avalanche beacons and lunch will be provided, for a daily cost of $150 per person–about as cheap as it gets.

"It shouldn't exist here, but it does, so why not take full advantage?"

With the cost being on the lower end of the spectrum, and only being open two days a week, Voodoo Mountain seems to be on track to being a successful destination for diehard Midwest pow-hunters and anyone who might be willing to travel that far away from civilization. Or maybe East, if the Pacific delivers another sub-par winter for those in the PNW and Tahoe...

"It shouldn't exist here, but it does so why not take full advantage," TGR contributor, Paddy O'Connell, commented. "Lonie is a visionary. He is keeping the mysticism and grandeur of skiing, and its culture, thriving in the Midwest."