A-Bay: The Season May Be Over But The Fun Never Stops 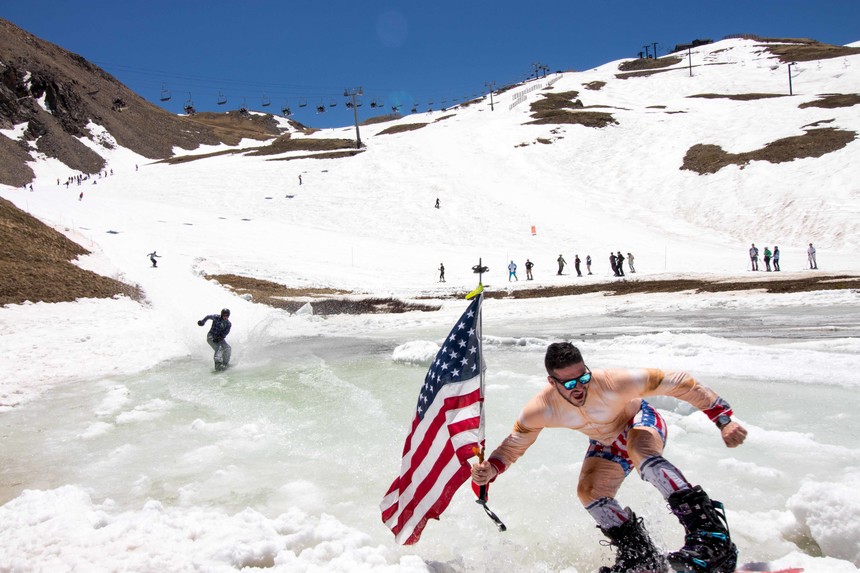 When it comes to spring skiing and wrapping up the season, leave it to Arapahoe Basin to go out with a bang.

A-Bay has always prided itself on knowing how to throw a party and maintaining its last-to-close reputation in the Centennial State. Following another successful sayonara to winter, we got on the phone with A-Bay's Adrienne Saia Isaac to get the lowdown on all that went down and what's in store for the summer months: 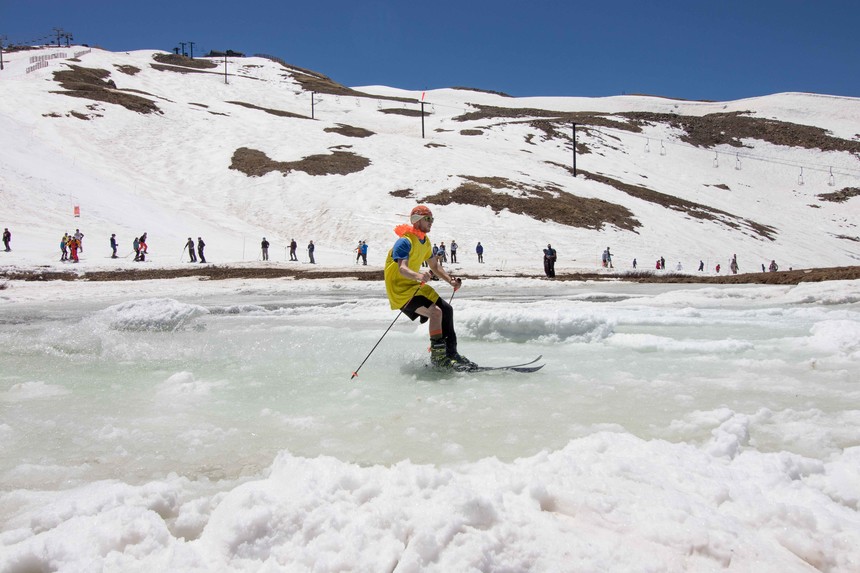 Whoever thinks ear flap hats and tall tees are out of style is sorely mistaken.Ashley Ojala/Arapahoe Ski Basin photo.

TGR: How many people came out this weekend?

Isaac: We had a couple thousand people come out each day, which was awesome to see. It's always crazy to see how many people are excited to say goodbye to the ski season.

Q: What was the most popular spot on the mountain on Sunday?

Isaac: The Beach wasn't very crowded, since it's muddy and water runs through there this time of year. What was really firing off was the pond skim up on Lake Reveal, one of our natural alpine ponds. We don't hold a competition or anything for the pond skim, it's just there for anyone to get after if they're feeling up for it! 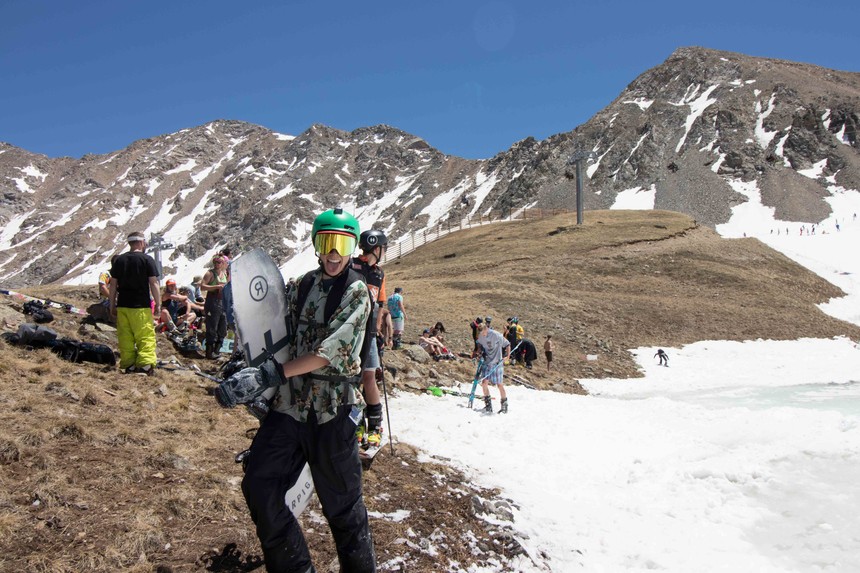 Isaac: We have a ton going on in the summer, and the weather is amazing. It's definitely worth it to check out the mountain this time of year. It gives you a new appreciation for the terrain, especially the steep runs.

TGR: What sort of events are you guys gonna have?

Isaac: People can expect twice weekly yoga sessions, live music every Saturday in Mountain Goat Plaza, and the Sixth Alley Bar and Grill will be open Friday-Monday. We've also got our 9-hole disc golf course open, which is a great way to see the whole mountain and hike around the place. 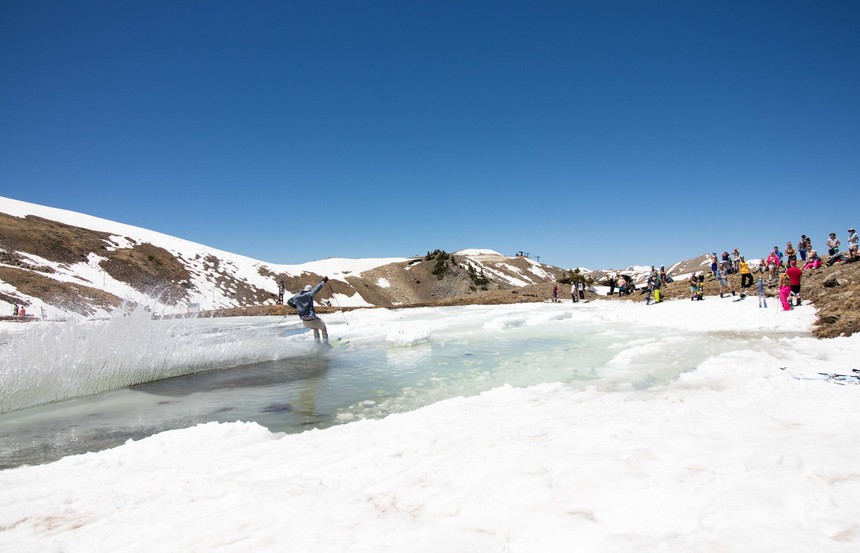 If he were wearing jorts he'd maybe be the fastest skier on the mountain. Ashley Ojala/Arapahoe Ski Basin photo.

Isaac: I mean yeah, we just wrapped up the season...but for anyone who is in that slump of missing the snow? Summer is short and sweet, and ski season is back before we know it (in 130 days!).